There’s another possibility; one that seems crazy on the surface, but does provide an explanation for the silence, and is also in keeping with the political climate in Hollywood. Is it just possible that there are those who are reluctant to criticize an act of terror because that might somehow align them with President Bush, who stubbornly clings to the notion that these are evil people who need to be defeated? Could the level of hatred for this President be so great that some people are against anything he is for, and for anything he is against?

There are things in the world that should be hated, indeed. But what does it mean to hate things like murder, rape, fraud–as well as the President of the United States? Should not hate be reserved for the truly evil, at risk of otherwise diminishing the moral value of the concept?

(tipped off by Greg)

I’ve heard a lot about how great laser eye surgery is, lately. I’m still seeing clearly at 43, but a younger brother who has sported glasses and contacts since a young age just had the procedure and couldn’t be happier. Two sisters-in-law reported similar satisfaction this last week during the family Thanksgiving get-together.

Of course, John Venlet’s comments in the matter were still fresh in my mind. Greg Swann also drew a stark comparison.

Well, this is the best Thanksgiving greeting I’ve received so far, and I doubt I’ll get a better one, so here it is: 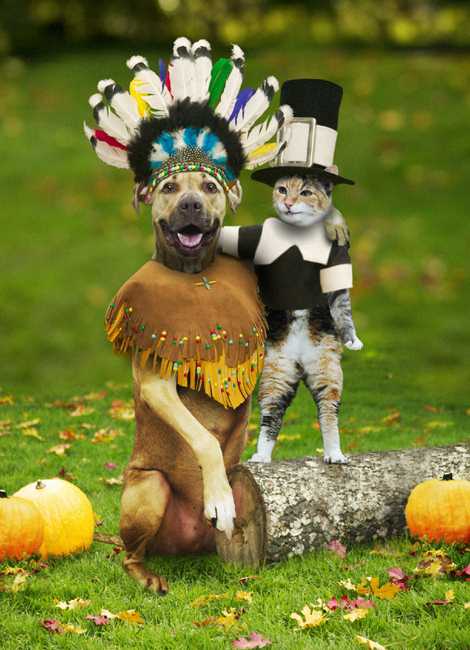 I’ve been in DC for the last 3 days or so: traveling here last Wednesday to attend a USOBA conference Thursday and Friday and spending today, Saturday, doing some sightseeing. They’ve put up the WWII and FDR memorials since last I walked the mall.

Right this moment, I’m on UAL 237 from Dulles to San Jose direct, on a flight that can’t have more than 20 passengers on this Airbus (A)319. Last time that happened was years ago on an American MD80 from Chicago to San Francisco that had all of 12 people onboard, including flight crew. Good for me, bad for them, I guess. I’m also sipping a comped Chivas. Seems someone messed up and they have no in-flight movie to pass time on this 5 ½ hour flight, so they’re giving away adult beverages. Bonus #2.

Last evening, I had the pleasure of meeting up with my best and oldest friend in the world, Paul, who came down from Annapolis for dinner and a visit. His second book is complete, in the hands of the publisher, and he’s beginning his third. Paul also has the distinction of being the one who traveled the farthest to attend my wedding a few years back. We met back when I was a Navy Lieutenant on Seventh Fleet staff in the Western Pacific. He was there as a new Ensign on temporary assignment awaiting flight school to begin in Pensacola. Shortly after his arrival, we embarked on a whirlwind “show the flag” tour of Asian ports. Consequently, we have a lot of stories to tell—and a few we can’t. But maturity marches on, nonetheless. We’re both very happily married to elementary school teachers. Go figure.

I had arranged my flight schedule so I could spend some time walking the mall today. There was some march going on this morning, so parking was a disaster. I finally found a spot a few blocks from the Vietnam War Memorial and so began my self-guided tour, there, at that simple and beautiful place. Then it was on to the Lincoln Memorial and the Korean War Memorial with its larger-than-life statues of soldiers in rain gear, on patrol.

A walk along the reflecting pool down to the other end to the WWII Memorial was next. Not to take anything away from the other two war memorials, but they really got this one right. Words, of course, are insufficient. Go there, read all the inscriptions, study the many bronze tableaus, and don’t tear up about a dozen times. I dare you.

Even though my thoughts and feelings with respect to FDR are mixed, today was not the day for that. He stood up to the greatest realized threat to human freedom in our history, and he gets a solemn nod for that, no matter what. Architecturally, the Memorial is a marvel with its immense rough granite blocks, fountains and falls. It’s a huge memorial as well. Clearly though, its aesthetic designers were focused primarily on his legacy of having presided over The Great Depression. His role as Commander In Chief during the better portion of this country’s greatest military challenge and ultimate victory seems almost an afterthought, and that’s a shame. But I won’t dwell on it, today. Today, I’m honoring and paying tribute to leaders who stand up when it’s time to stand up—who manage to put politics aside when it’s time to do that. Today, I honor them as I shake my head a little at those who perhaps, in this current time, lack an historical perspective while failing to make the critical distinction between war in general and why America goes to war.

I’ve never visited the Jefferson Memorial, as it’s a ways away from everything else. But it happens that the FDR site is not far away, so I press on. Here’s something I never knew: Thomas Jefferson’s statue peers directly across the basin, across the mall, and on to the White House. Clearly, the symbolism has not had the effect I would have hoped for. I also found it a bit odd that every inscription makes reference in one way or another to a creator or God. Jefferson was one of the most secular of our founders, so I wonder if those who don’t otherwise know him get a bit of a false impression of what role religion played in his life. The brochure for the Memorial told the story of JFK hosting a dinner for a group of Nobel Prize winners and remarked that they represented the greatest assemblage of talent in the White House since Thomas Jefferson dinned there—alone.

From there, I pass by the US Holocaust Memorial Museum. That’s a place you only need to see once in a lifetime, so I press on and head over to the obligatory stop at the Smithsonian National Air & Space Museum, then on to the new one, the National Museum of the American Indian. The building is wondrous, from the outside. It could be a Frank Lloyd Wright, any day. Unfortunately, there’s a line to get in and I’m pressed for time, so it’s on over to walk the grounds of the Capitol.

Next stop is the National Museum of Natural History where I stop in the gift shop and pick up a DVD tour of Washington DC for my wife’s fifth grade class.

Now I’ve got only an hour, at most (and that’s cutting it close), to run through the National Museum of American History. Last time I was in DC, my wife and her family went over there and I spent the better part of the day in Air & Space. She chastised me for not having taken the Great Opportunity to view the section on First Ladies and all their party gowns & such. Well, sweets, mission accomplished. The Museum also has a new, very large section they’ve coined The Price of Freedom: Americans at War—from the War for Independence on. WWI gets far too little treatment, but otherwise, quite impressive. I had to blow through there in 15 minutes, but could easily have spent hours.

So, that was it. For the last two years, I’ve taken up the ritual of beginning every weekday with a three-mile walk. Because I left Wednesday morning, very early, I was nine miles shy of my weekly quota. I’m quite sure I made up the better portion of that today in my five hour trek.

And how can such an anti-government guy be so enamored of such a place? It’s because ideas matter and America is a nation founded upon ideas grounded in moral ideals. That’s what comes through to me and is what I celebrated this day.

I happened on to this by friend Greg Swann this morning, here, amongst the comments to a silly post.

In the end the begrudgingly-occidental, oriental-by-preference drag-alongs don’t matter. The West, and the world, if the world is to amount to anything, belongs to those who are willing to make critical distinctions. The rest are just there, that’s all.

Then, I happened upon this article via The Independent Institute. Go take a look at it. It really doesn’t serve to excerpt anything from the article because my point here is of a more general nature.

Yet, it seems wholly ridiculous to me that we fail to make a critical distinction between an imperfect empire based on American civilization and any other empire that has ever existed previously, in history. We rail against a president who has the audacity to pray (gasp!), yet we can’t grasp the distinction between that sort of faith and the sort that worships death on earth—to themselves in martyrdom and to all who don’t share it.