It goes without saying that we’re having a wonderful time. Today is helicopter tour day: Waimea Canyon, Na Pali Coast and whatever else they have in store for us. Pics tomorrow.

In the meantime, let’s get to yesterday’s pics. Thanks for all the kind comments and emails, and to answer the questions, yes, there are dozens more photos. Once I get back on Saturday, I’ll throw most of them up on Club Photo and announce it here.

Six pics for you today. The first is one of the four Macaws perched in the atrium of the Hyatt Regency Kauai. 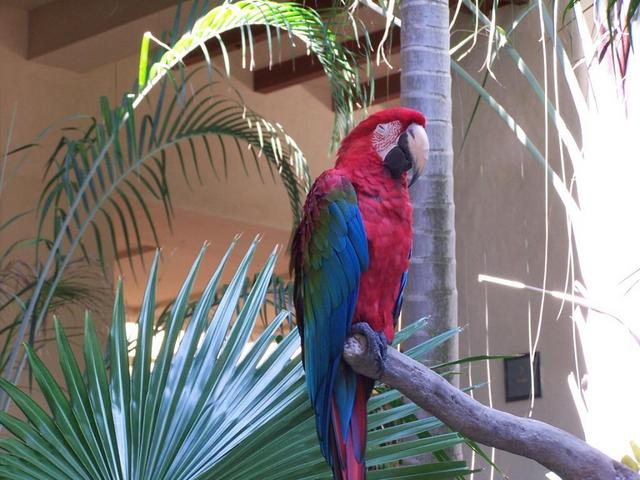 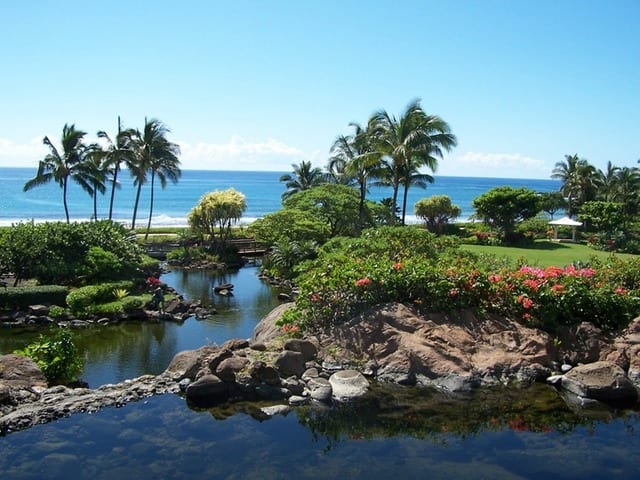 Here we have an attempt at an artsy fartsy pic. It’s using the flash, looking out through the ferns at the Fern Grotto. 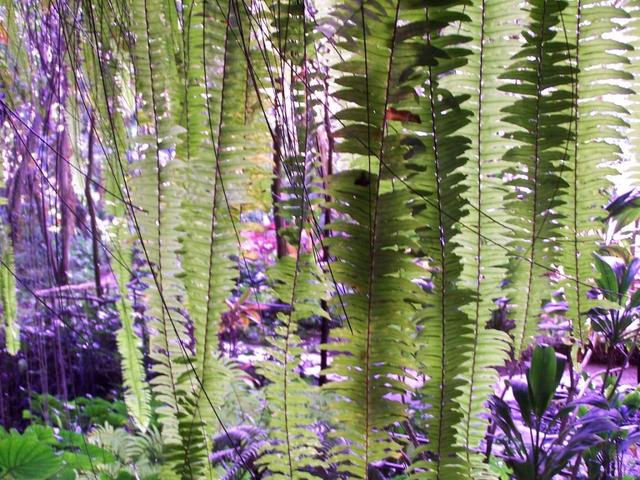 Below is looking up from the grotto. I went back a few minutes later to take another, but the effect of the sun reflecting through the spray of the water was gone. 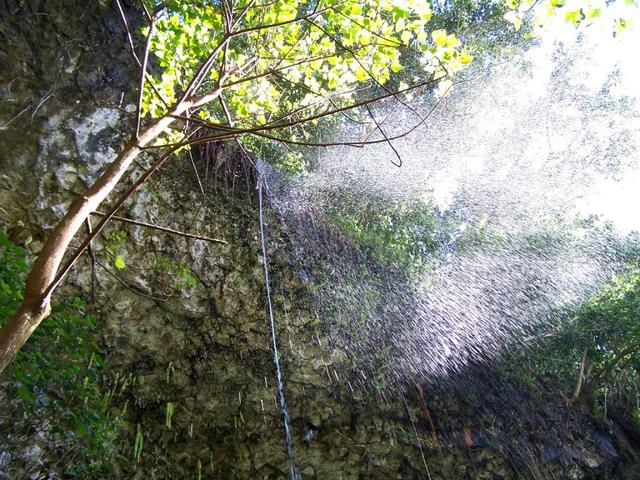 Here’s another looking up from the grotto. 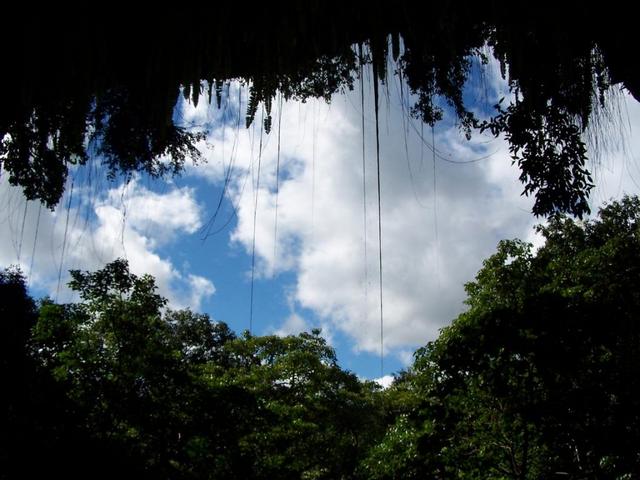 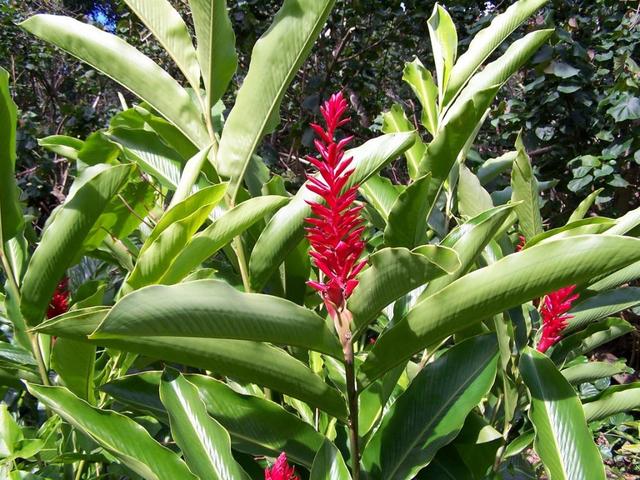