So here we are in Vegas. Because it’s only an hour flight for me, I usually make it at least a couple of times per year. I like the town, but it has nothing to do with gambling. Reno is my hometown, and gambling has just never been much of an attraction to me. At a point, about 12 years ago, I got interested in craps. Even spent a week in Reno playing. I treated it as a business, and after a week of gambling many hours per day, often late into the night–with the noise and smoke and standing on my feet–I netted $1,100 after room and meal expense. I was playing mostly with $10 and $25 chips.

Money management is the key to the whole deal. Establish rules, stick to them, and when the table isn’t going your way, leave, no matter. Never take "hopeium."

Anyway, it sucked, and since then, I’ve probably gambled no more than a few hundred bucks total over the last dozen years, just for the occasional diversion.

I love Vegas because it’s a place where I feel that my fellow human beings are somewhat more habituated towards minding their own fucking business. It’s really the way the whole world should work. I love the 24×7 atmosphere of the town, and, and… the restaurants! There is no place on earth with such a mix of such super-fine restaurants in such concentration. It isn’t even close. Last evening, we dined at the Alizé at the top of the Palms. I had the 2lb. live Maine lobster, grilled. I was very, very tempted by this entry, though:

Of course, they also have a filet de boeuf, as well as a ribeye, both of which are excellent.

But, tonight, we’ll be dining at the N9NE Steakhouse and I won’t be having the fish.

Alright then. How about some photos? They aren’t great, ’cause they’re off my camera. For the first time, we’re staying at the Palms, the place owned by the Maloof brothers, whose beer-super-distributor dad taught them the value of work by making them sweep the warehouse when they were old enough to start working in the family business. When dad died, those two brother and their mom built a multi-billion-dollar fortune.

We got a great deal on a Grand Suite. 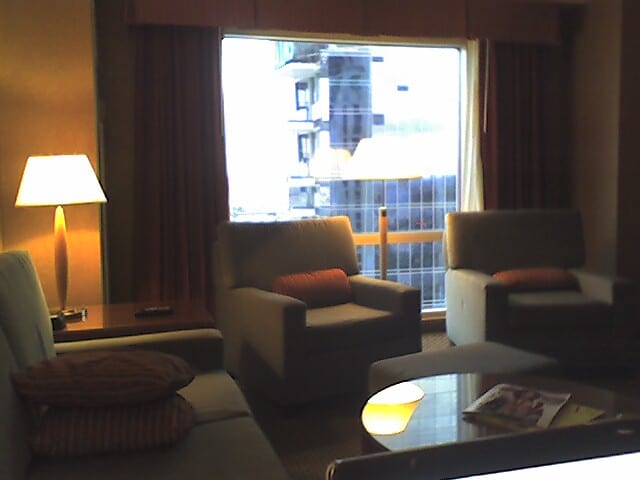 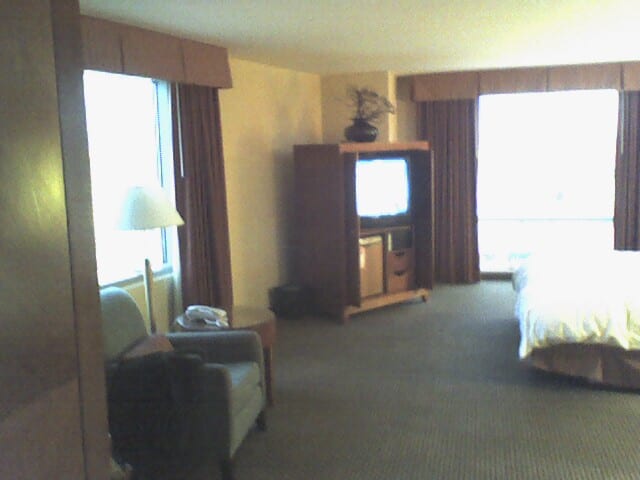 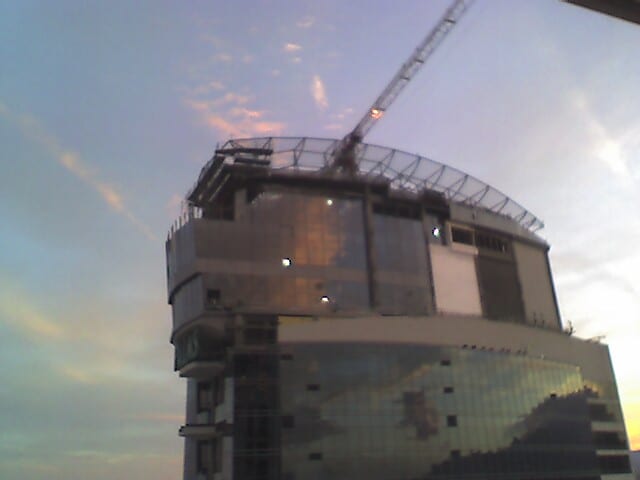 Have some fun and head over the the Palms’ suites & villas link. It’s in flash, so I can’t link individual suites within the deal, but you’ve got all the links on the right column of the display. Enlarge the photos, and some of them have multiple views. Get a load of all that. Make sure you check out the Party Floor Suites, and don’t miss the Kingpin Suite or the Hardwood Suite.

Over on the new tower, they’re building cantilevered patio Jacuzzis 30 and 40 floors up. You can see one protruding out in that photo, above, on the left side of the building. The end wall of the tub will be glass, so you can take a bath, outside, 40 floors up and watch the strip. Audacious, and I just love it. Lavish, gluttonous, excess. Those suites will be 6,000 sq. ft. for the single-story units and 9,000 sq. ft. for the 2-story.