Been driving hard. Once we left Paris, late in the afternoon of Thursday, the 6th, it quickly became apparent that nothing would suffice except the beauty, peace, and wondrously calming environment of the Med. Like this: 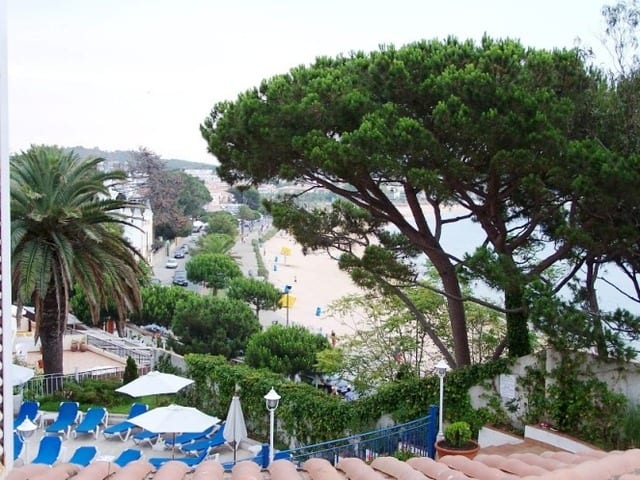 We made it to Toulouse that night, scrounging a hotel across from the train station at 1 a.m. The next morning we continued on, over the high Pyrenees, through Andorra, and on to Barcelona. It was getting late and I was in no mood to search for a hotel there, so we headed north along the Med and finally found a nice place. Then we ate at about 10:30 p.m., but being Spain, this is normal. Locals were arriving after us.

Anyway, we’re at this tiny little village of Sant Pol, just one step up from Sant Feliu de Guixols. Our lodging, the look from the terrace in the photo above, is right under the "Sant Pol" label you see at that Google Maps link.

Dinner. I’ve catching up to do, which I’ll do tomorrow. We’re here for two nights.