Where are we? Arles, France, at the Bouches-du-Rhône (Rhône river delta). Here’s the Wiki-article as well.

We headed out from Cadaques, Spain yesterday, hugging the rocky coast, but arrived in France pretty quickly. We then hit a stop or two with the French side being roughly the equivalent geography. That changed pretty quickly as we got into the plains, river deltas, small inland seas and such. Boring. So — and this is the point of all this — I kicked the car up to 90 mph (140 kph; but the limit is 130, which is about 80 mph) and off we headed towards Avingon. It’s a city were the center is completely within the walls of the ancient Roman city. Alas, tough to get a hotel, etc., so we headed to Arles and are actually in a Best Western, of all things. Today we’re going to check out the Roman Arena and Theatre here in Arles, then head back to Avignon to check out Le Palais des Papes.

(Aside: I’ve yet to talk about the car we rented. At the Hertz counter at Charles de Gaulle, I was quickly persuaded to take the Mercedes for a about a 50% increase in price. Glad I did. It’s got one of those small "euro-diesels" that are "green," or whatever — as if I give a shit about that — but I love the car. It consumes gas like a damn hummingbird and it drives like a sports car. It’s automatic, but has the sport shifting as many do now, so you can wind out with ease on those coastal curves. I’ve filled up twice since leaving the airport more than a week ago and we’ve been all over the place.) 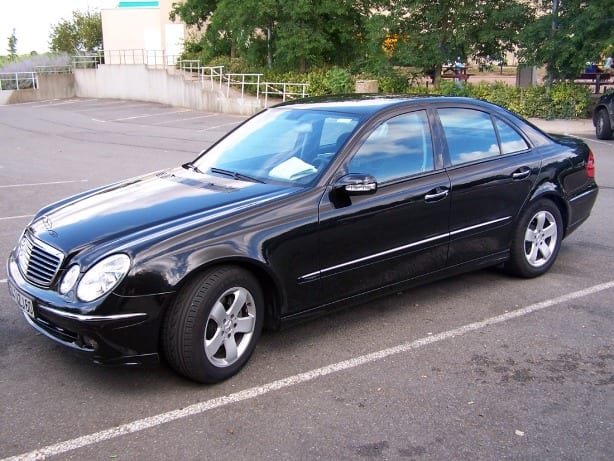