I just now realized that the entry right below this one seems to have gotten itself unpublished after I’m sure I published it. So, if you were one I’d sent a link out to and it didn’t work, it’s there now, though it applies to what was going on three days ago.

Franky, this is a piss-poor travel log. I’d had grand designs of publishing along the way, but I think that desire was based on the ability to publish from anywhere at any time — which is certainly cool — and not on a particular desire to share continuously. So you get the mish-mash, for now, but I promise to do a better writeup — if not soon — when I get back home. There will be a few hundred pretty good photos too. Those who remember the Kauai trip know I take decent pics.

As I posted last, we were preparing to leave Arles for Avignon. I decided to take the auto-route, which took us through Nimes and within range of Le Pont du Gard. Do check out that link. This is the most amazing ancient construction I have ever seen. 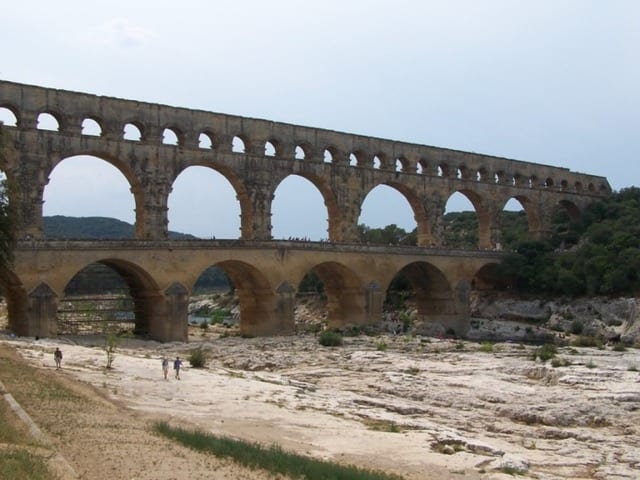 If you look closely at that arch in the center, those are heads of people standing on the bridge. That gives you perspective on the enormity of this.

Most of all, this "monument" is the best thing I’ve seen so far because it wasn’t built as a monument. Though its arches are decorative, their function is to save construction costs. This aqueduct was started 19 years before Christ was born and finished 16 years prior. It carried 44 million gallons of water daily to the city of Nimes, which I guess is a place in which men saw potential that God had not. One must wonder why God, walking the earth for 30-some years, never acknowledged or alluded to such god-like feats on the part of his children. Huh?

I look at that construction, realizing it’s over 2,000 years old, realizing what it accomplished back then, and I am overwhelmed with feeling about how wondrous, how virtuous, how righteous, how holy is the very core nature of man — the essential being. Man qua man: the very defining standard of morality.

Then I go see monuments to Kings and Gods, and I get a very different picture of the nature of man: 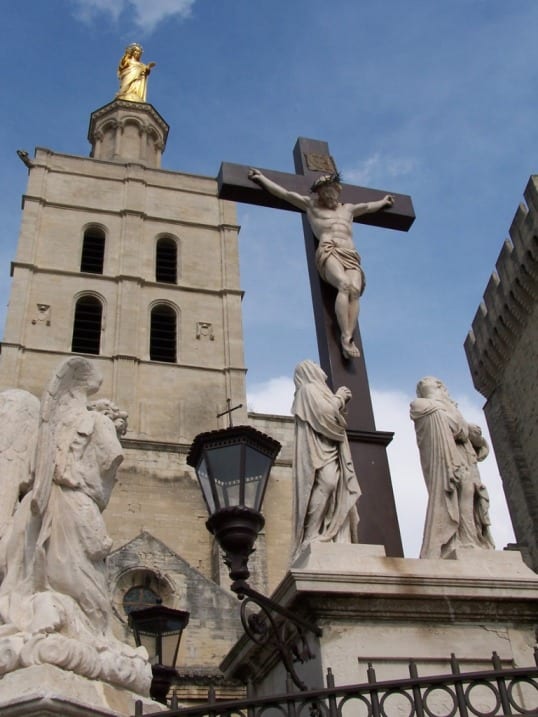 How puny. How depraved. How insignificant, next to his bedfellow-betters: the church and the state.

You can have them both, in all of their miserable wretched glory; all of them.