As if there remained any reason whatsoever to support or be active in the Libertarian Party, this should should remove all doubt.

reason: In 2002, the Libertarian Party called you the worst drug warrior in Congress. No hard feelings?

Barr: To be honest with you that’s never come up in our discussions. I’m not going to let minor disagreements come between us.

It has never come up? Minor disagreement? Honestly, I did not even read the rest of the interview beyond that point. Utterly reprehensible. I haven’t been a member of the LP for about 5 years, and haven’t given them any money either. I used to give them upwards of maybe $500 per year from the mid-90s through about 2001. Whereas I never really begrudged doing that, I’m now ashamed to admit it.

A reader and fellow blogger alerts me to a gift guide for geeks that he’s taken the time to put together.

Go ahead and see if there’s anything you can get for a geek, or for yourself if you are one. 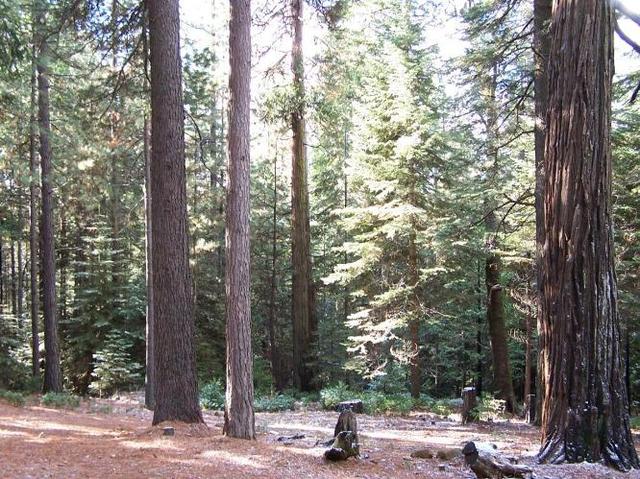 I’m standing just in front of our cabin in the woods. That’s one reason why this new design takes on added significance for me. This place is quickly becoming my favorite in the world, and if you’re a regular reader, you know how much I’ve been around and lived around the world.

In hopes you can share in my delight, here’s a few more photos I shot as raw footage for this project (click on the images for larger versions). 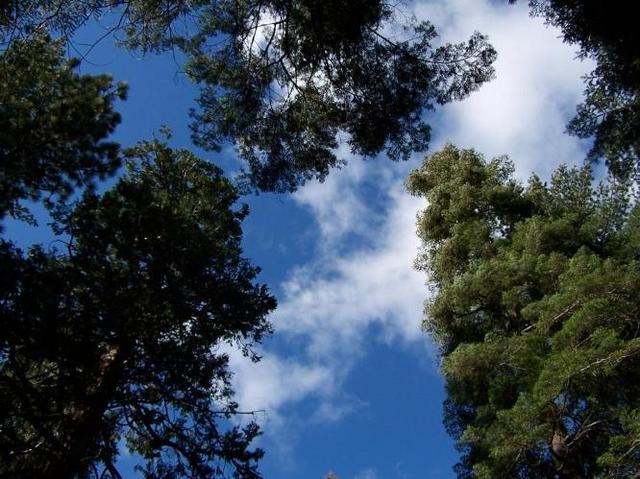 Here’s the oldest tree on the property, a cedar, and guys around who seem to know what they’re talking about tell me it’s probably 150-200 years old. 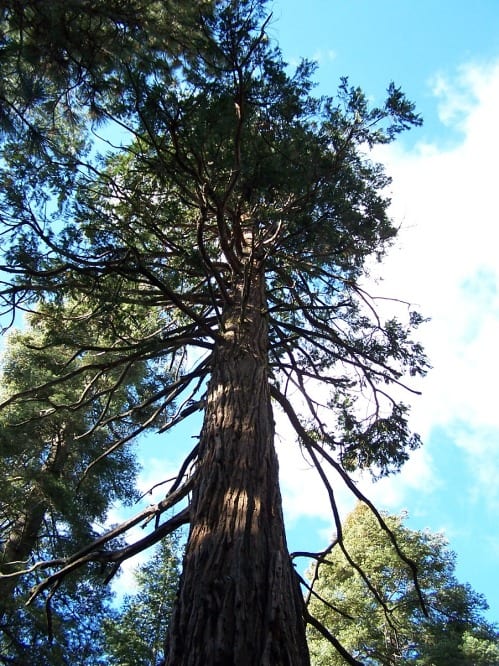 And here’s one with the cabin in view. 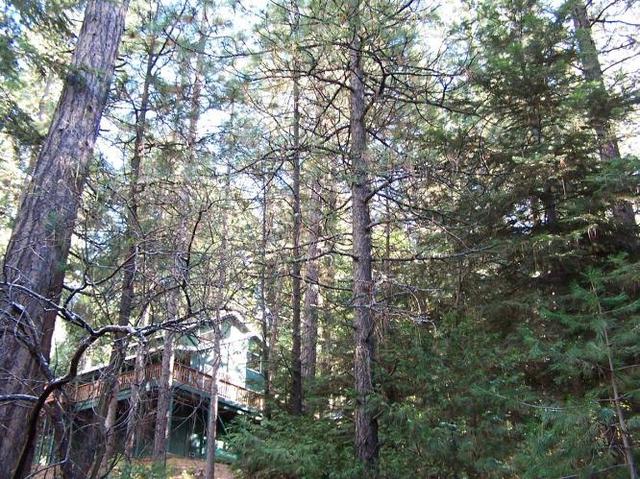 And finally, here was my first cut on the project, which was to take the old cedar, crop it, and stand it on its side.

Oh, and I’d also like to thank Neal Owings of Autodogmatic who emailed me last week and both mercifully and graciously offered his help (you can see from his blog that he knows what he’s doing). I jumped at the offer, of course, but in the course of gathering what he would need, I discovered that a show-stopping limitation with TypePad that I thought existed, didn’t exist at all, which opened up a whole new world. So I put Neal on hold. Then, this morning, he gave me some really valuable insights for settling on the design version you see up at the top. Thanks Neal.

I’ve had something on my mind for a few days since catching an entry from Billy before heading off for the weekend. He refers to an Andrew Sullivan entry displaying this YouTube video of an 8-yr-old girl with, shall we say, "certain views" about religion and a few other things. It’s also partly an attack on Bill O’Reilly, whose response I will get to in a bit.

I suppose the common reaction to such a thing is that it’s a bit of an assault on the senses and sensibilities — impudent, perhaps. Sullivan thinks it’s the equivalent of the very devoutly religious using their kids to proselytize — in which he is correct, as I’ve witnessed it first hand. Beck’s is a wider integration. It’s not his view of how 8-yr-old girls or their parents conduct themselves in a rational, enlightened society. And he’s probably right. Kyle thinks it’s essentially in-your-face leftism, and he’s probably right too.

So why is it bugging me?

I suppose part of it is that a lot of what the girl says is simply true; but then again, all truths don’t have to be uttered all the time, they don’t have to always be in-your-face, and little girls don’t have to be the messengers. I think another part of it is that kids, in a huge variety of ways, just try to please and to be like their parents, which is probably why kids typically end up with the religious beliefs of their parents. That’s happened billions of times over thousands of years, yet one little atheist does it and the world’s going to hell in a hand basket?

So, if I am to understand this completely: billions of parents over thousands of years indoctrinate their kids with false delusions and that’s neither really problematic, nor newsworthy. But some parent indoctrinates their kid with the belief that false delusions are false, and it’s problematic because the message gets delivered via juvenile impudence?

Another part that bugs me is that the kid is talented. Forget the message; the delivery is superb, I think. I just wonder, now that it’s been on O’Reilly, if something could come of it. Does anyone seriously think that this is damaging to this little girl; and if so, more damaging than the indoctrination kids have been surviving for millennia?

And speaking of O’Reilly, here’s his nationally broadcast response to the whole thing, featuring "child advocate and attorney from Boston Wendy Murphy." Now this is where it gets interesting, and O’Reilly’s skill as a propagandist blow-hard really comes through. Watch it carefully. First, of course, is the pretense of a "debate" or "discussion." Then, Bill is going to "walk through it." The hardly-surprising conclusion? It’s emotional abuse, social services should get involved ("maybe they can make a case"), the girl should be taken from her parents, the parents prosecuted.

Hmm…. Maybe the kid’s video’s not so bad, after all.