Bad week in the markets on bad news. In only three days, we’ve got wringing of hands, gnashing of teeth, and Bears at the gates. Seen from the perspective of three days or a week, that’s one interpretation; but how about a couple of months? 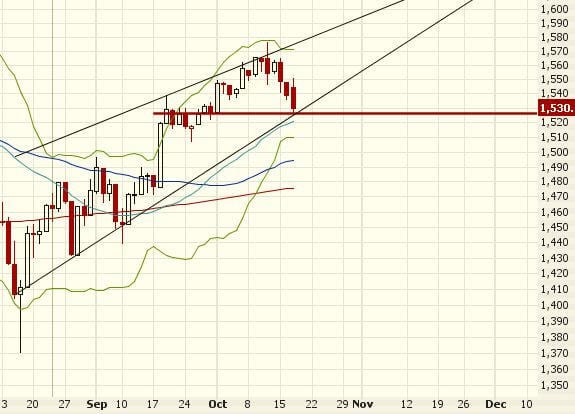 All very classic stuff, and in my view, it would be far more surprising for it to break further to the downside than it would be to churn around, build some support (support or resistance is marked by price ranges in which there was high trading volume), and take off once again — or just simply take off right about now — to make new highs by next week, maybe even Friday.

Hey; take a look here. My broker, the very awesome Thinkorswim, just had their Russians release a new version of the Java trading platform, which is represented by the lower right and upper left windows (you can detach unlimited windows). Anyway, that little graphic you see is live streaming of CNBC. Live, and it hasn’t skipped a beat yet.

But I only watch it for entertainment value. 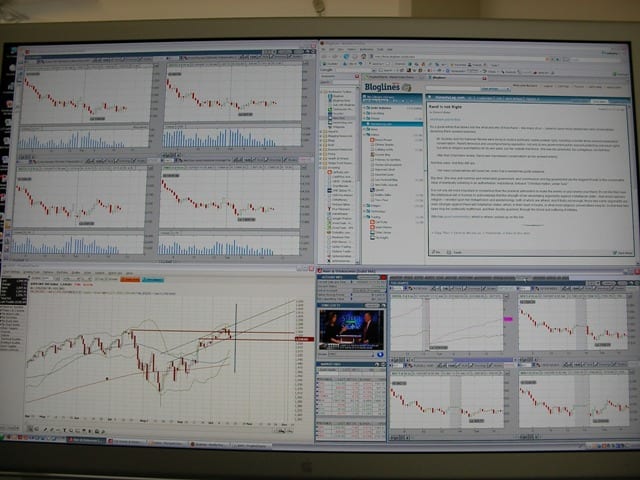