Longtime readers know I talk about our Cabin in Arnold, CA quite a bit. Well, I’ve just added three albums to my .Mac Gallery that may explain: Purchase, Fire, and Enjoy.

My wife actually saved the money to make the down payment on this place, and it was back in the summer of 2001 when she began looking, making innumerable trips up here, which is about a 3-hr drive. I probably came up a half-dozen times myself. Dismal. I just couldn’t stand anything. Then it was around October, I think, when the agent called us up and within 3 minutes of entering the place I was ready to go write an offer. I saw the potential immediately. We offered $12,500 more than it was listed for. Had we not, we’d have lost it to another buyer that very day. In total, it was three days on the market.

So we entered a contract, and that’s where the problems began. Turns out the seller built the house over the property line a few feet and didn’t disclose it in the contract. Long story short is that it took so long to sort out that he wanted to back out of the contract in order to re-list it for more. We had to take it to arbitration, and after a year and a half we finally got it. We made some concessions on various costs associated with the property line adjustment and he settled. Then he walked away, leaving everything.

In February of 2003, we finally got the keys. We spent the next three weekends cleaning and cleaning and cleaning. Then a week off, then two consecutive weekends where we had various friends and family up. On the sixth week of possession, after fighting for a year and a half, we closed up, went back to San Jose, and went to see a movie. I had voice mail on my cell when we came out. It was from the Arnold Fire Department. That was April of ’03, and we didn’t complete the rebuild and furnishing until Christmas, 2004. It effectively took us three years to get this place.

That’s part of why it’s so special to me. In the end, just like I endeavor to do with everything bad that happens, I try to position myself to eventually be glad for it.

I took a video of my master chef baby-brother Mike popping the turkey into the deep fryer for Christmas dinner a few weeks ago.

I put it off, because I knew it just wouldn’t be any fun to go to the trouble, having done a few videos before. Then this weekend happened. First experience with iMovie. It’s just such a pleasure to work with. It makes you look good, but it isn’t really true. Chef Mike bought Bea’s Mac Mini and has set it up primarily for Hunter. I think Hunter could make movies with iMovie with a bit of help and coaching.

So, anyway, here’s the link to the one-click-published hi-res version of "Deep Fried Turkey," and here’s the one-click-published UTube. Took me three minutes to create that, bit there was a bit of luck involved. I dragged over the Feidler bit, and just tell me it wasn’t just perfect with the break or chreshendo coming right as the turkey cavity filled with hot oil. So I let it alone.

Ever deep fried a turnkey? Well, you must. Takes out all the guesswork, and it’s just perfect every time. Here’s the finished product, 50 minutes later. 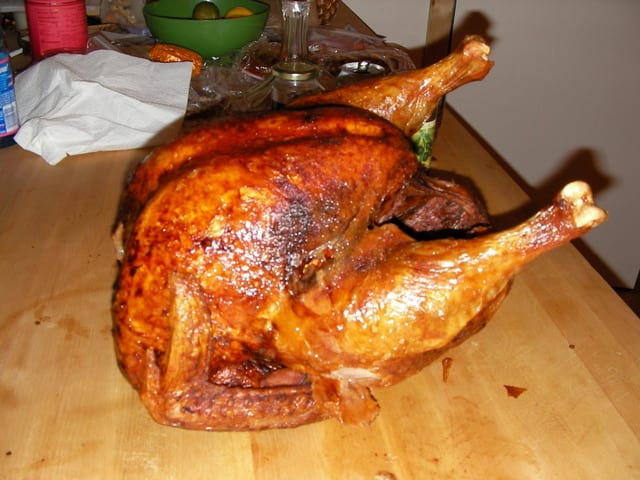 Too "greasy," you say? Well, here’s the next day. Three gallons in, very nearly three gallons out. It’s not about grease, dear reader; it’s about efficiency of heat transfer. 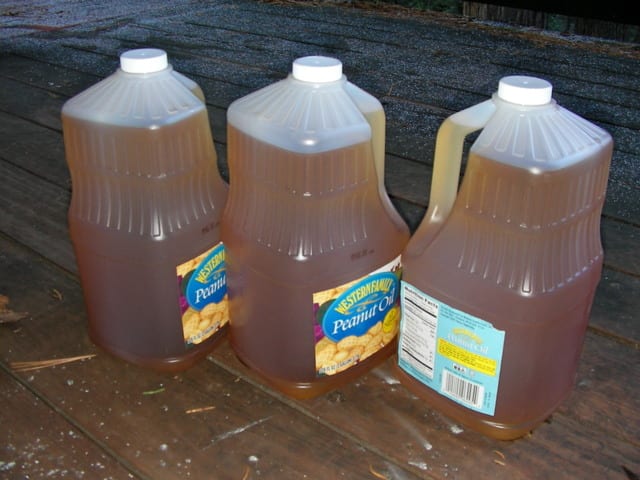 Hey, take it however you want, but this is just about the most sweet and delightful piece of new music I’ve heard in a long time.

Well, you better make sure you have it if you ever intend to use a gun against an intruder breaking into your house at night.

The suspect had no criminal record (at least in the state of
Virginia). And he says in an interview from jail he had no idea the
undercover cops breaking into his home were police. The suspect,
28-year-old Ryan David Frederick, also says a burglar had broken into
his home earlier this week.

Thought the raid was apparently part of a drug investigation, police
aren’t saying what if any drugs were found. They won’t even confirm
that police had the correct address. But they have arrested Frederick
and charged him with first-degree murder.