I haven’t done a market post in a while, and that’s mostly because though I’m watching just about every day, I’m not longer actively trading. Now, I’m simply looking for buying opportunities to cost average capital into the markets. Of course, the current problem is that picking a bottom is really impossible, which is a good reason to cost-average in chunks of capital each time you care to guess that the bottom has arrived. A general rule of thumb, not to mention a sound business perspective is to buy into weakness and sell into strength. Of course, that’s for a bull market and it would be opposite for a bear market. So what is this? 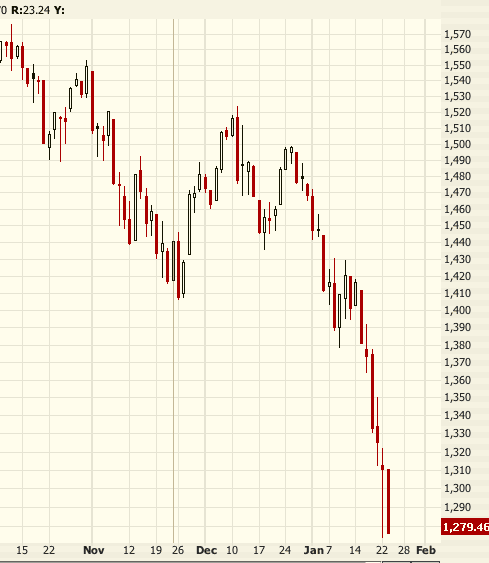 Pretty damn bearish, right? For the last 3 1/2 months, it sure is. But now let’s take a look from the perspective of the 2003 low, where each bar represents a week rather than a day. 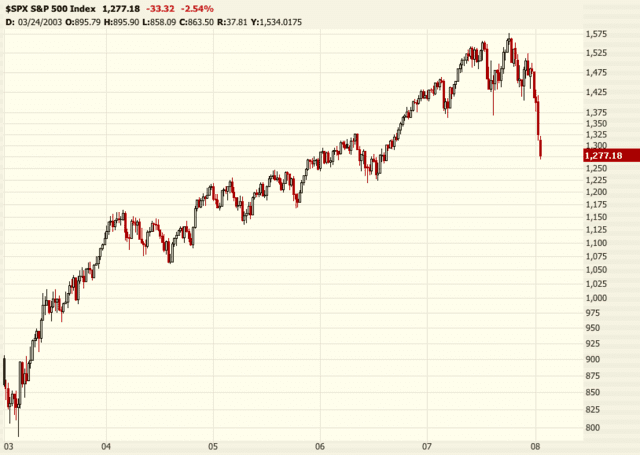 To be sure, the action over the last few months has been the largest downside action since this bull started in ’03. It could just keep right on going. On the other hand, it’s very unusual to go more than about 4 years in a bull market without a 20% correction, and though almost there, we’re not quite there. It even has a name: 4-Yr Cycle Low. But, of course, the market is going to do what it wants, and it doesn’t care about anyone. Now let’s look 10 years back, each candle being a month. 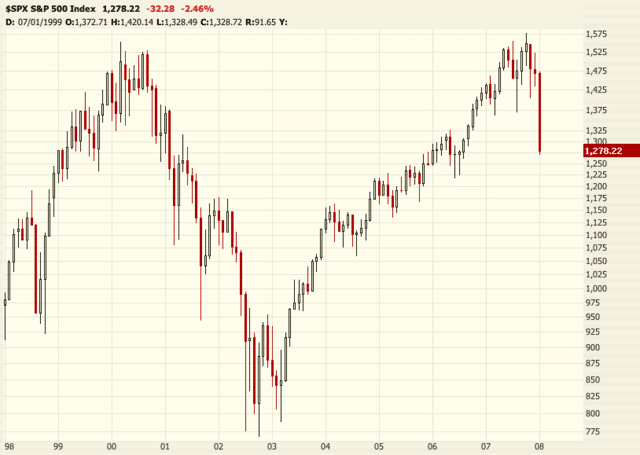 Notice anything familiar? Check out that 20% correction in ’98, right on schedule for such a cycle low. I wasn’t in the market at the time, but I sure remember all the panic; "the bull is over, get out now," and so on. Lots of people did. I got into the market, long, near the end of ’98, and I moved to bond funds within a couple of weeks of the new millennium. I averaged 16% yearly returns during the ’00 – ’03 bear.

I think Carl’s probably just about right about this. And the VIX has finally seemed to register the level of panic one would expect to see at or near the bottom. But don’t expect fireworks, or anything. If indeed this is near the end of the decline, it’ll likely take a month or so to hammer out a decent floor of support.