The Wages of Sin

I guess this is what happens when you choose to don your leathers and mount your Harley, Indian, or other V-twin on an Easter Sunday morning rather than getting all clean cut and heading out to the local place of national imaginary friend worship to invoke the blessings of your magical spirits.

I just took these 10 photos in the space of just a few minutes over on Coleman avenue, less than a mile from my place. I headed out to breakfast (ironically enough, for ham & eggs) and on my way out, the San Jose Police were even more in force, and I saw more than one peaceful looking biker in handcuffs. I didn’t think to grab my iPhone and begin snapping. But even after 45-minutes or so, there were still plenty. Looks like they were having some rally in a parking lot off on a side street. There were booths and such set up, so I guess it was something the city was aware of…just a sec…Ok, here you go. Here is your imminent danger to civil society, the Ancient Iron Motorcycle Club. Ooooh, scary. What’s the world coming to, when evil can get hold of and restore old motorcycles and create websites?

Side note: my favorite bike of all time is the original Chief, by Indian (I just saw two pristine specimens). Until a couple of years ago, I owned one of the new ones and it was a pleasure. 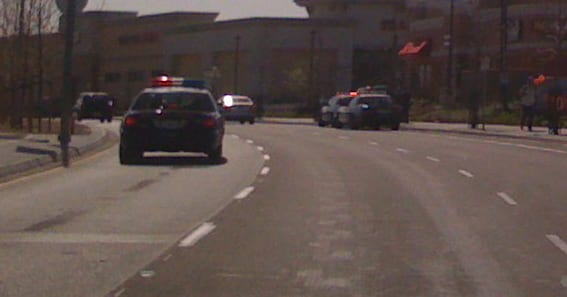 These were all quick one-handed snaps while driving, but I’ve cropped them all to highlight the essentials. They’re below the fold and I really have but one comment: why is this called for? Who were these people hurting, or going to hurt? Alright, one more comment. Do you have any sense that it might be a bit risky for me, living here in San Jose, snapping pictures of San Jose Police, posting them on my blog, and implying they’re a bunch of pigs? Yea? Then my point is made. And indeed, it is risky. 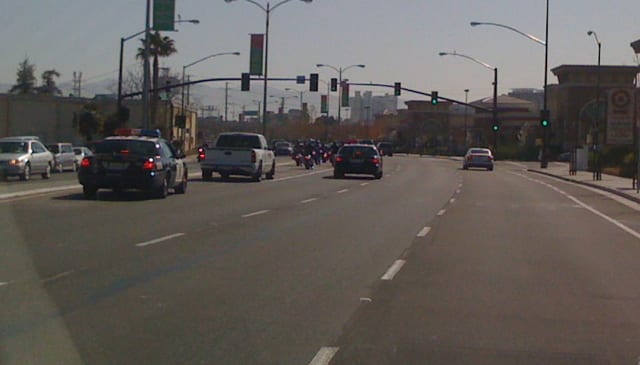 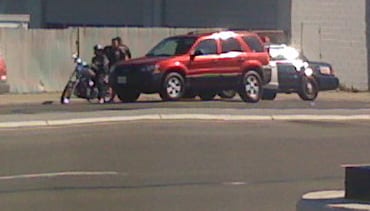 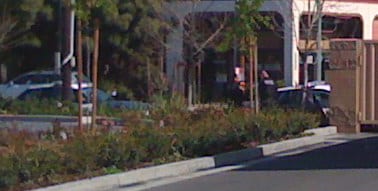 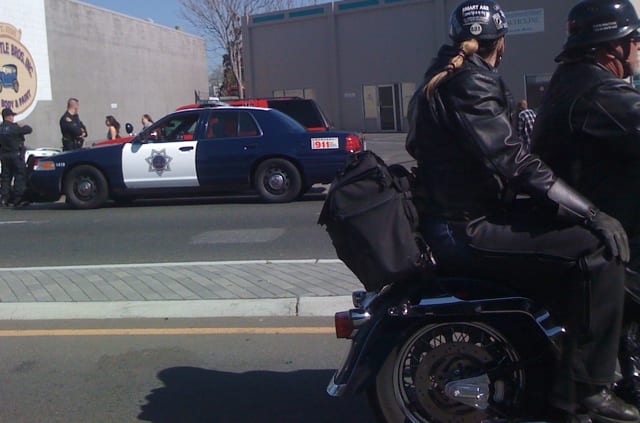 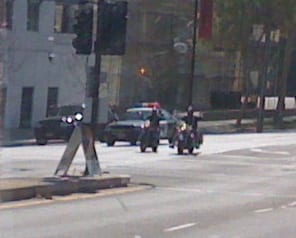