This was what dad & I built last weekend. Would have been nice to have him back this weekend to project manage once again, along with mom, but they’re getting ready to head out any day now with the 5th wheel for two weeks, so they weren’t up to it. Had I told dad what I had in mind, I know he’d have come anyway, so I didn’t. I know mom wanted to stick around home, so I left well enough alone. 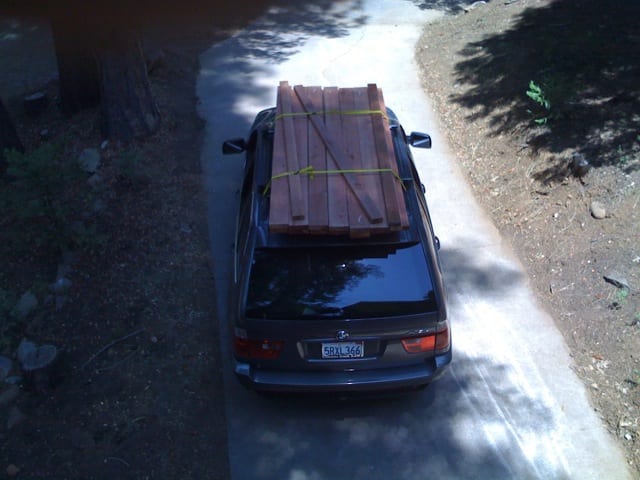 So, what’s it gonna be? Any guesses? More photos & descriptions below the fold. 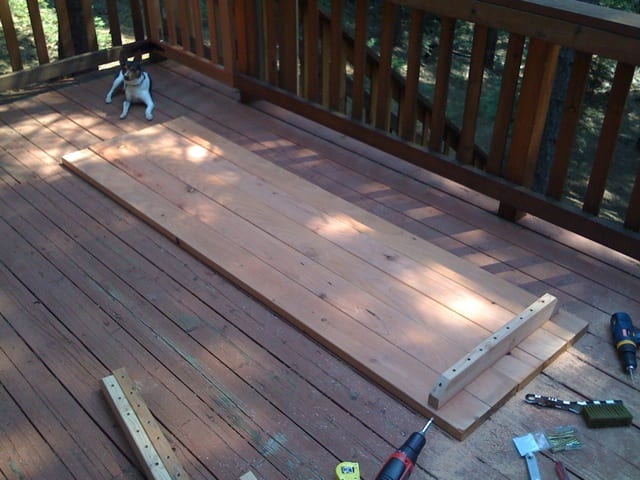 Rotor takes time out from stalking squirrel & other small prey to have a look at what I’m up to. Nuke doesn’t much care for the noise of construction, so she remains well clear. 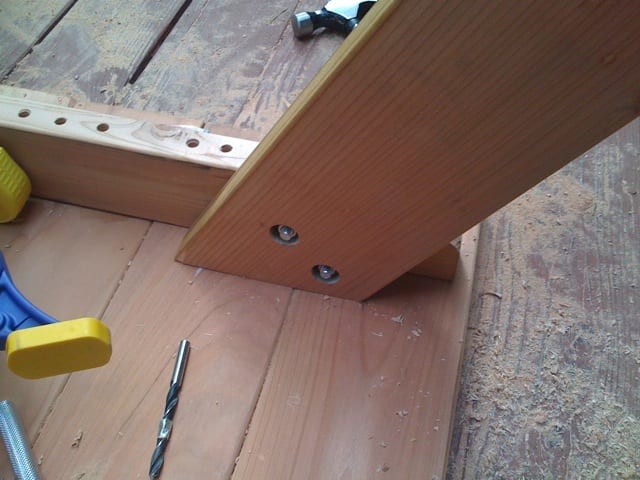 It just won’t do to have visible hardware on the table top, so the drill bit with the tape is the mark to drill down such that the 3 1/2″ #10 screws will go just far enough, but not too far. Then, of course, the carriage bolts are recessed, such that my guests don’t come away with cuts & scrapes. 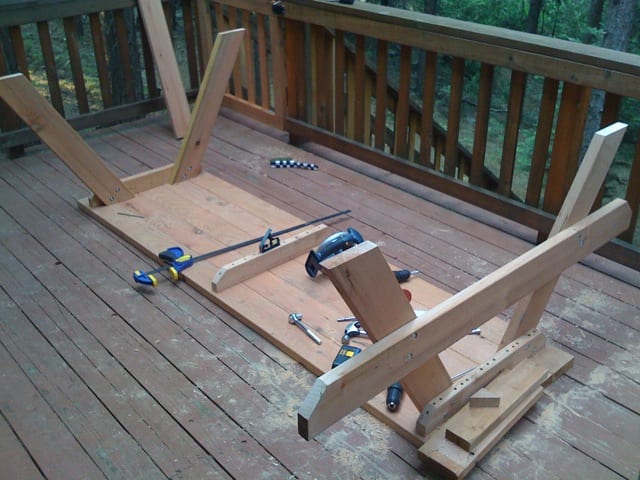 So I guess that by now it’s pretty obvious I’m building a picnic table, plans for which were easily obtained in a 5 second Google search only moments before heading out to get materials. I did a number of mods, like for instance redwood instead of pine, all screws & bolts instead of nails, and I used 2×6 instead of 2×4 for the table top, and two 2×6 for the benches instead of a single 2×10 called for in the plans. I also knocked off all the corners where people tend to get legs & clothes caught on. 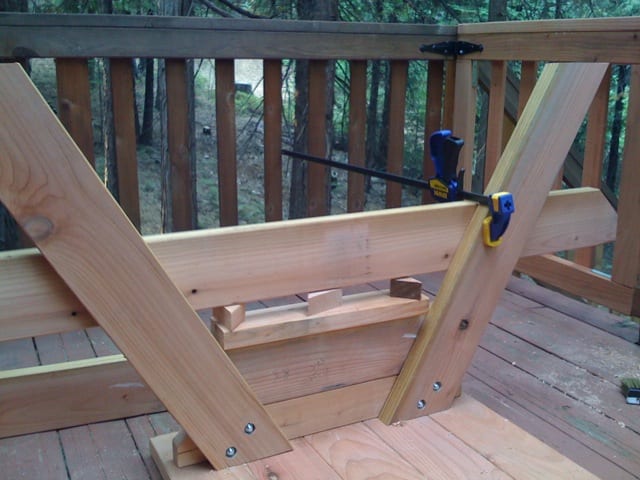 When working alone, one has to improvise clever ways to hold things prior to permanent fastening. 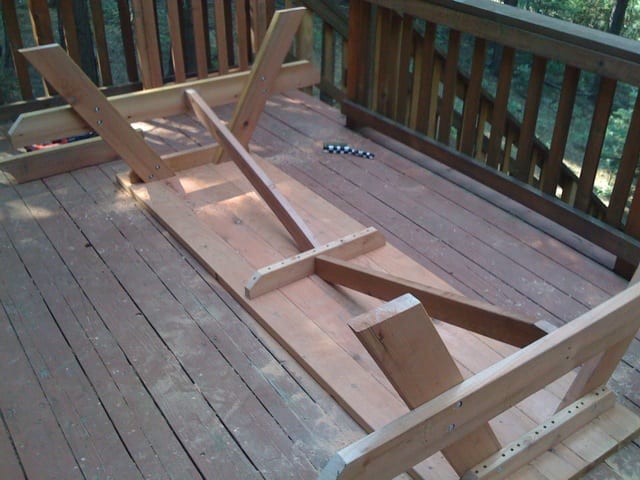 Diagonal braces installed, and now it’s time to flip over, install two 2×4 support braces beween the seat stretchers on both sides, then the last four 2×6 for the seats. And… 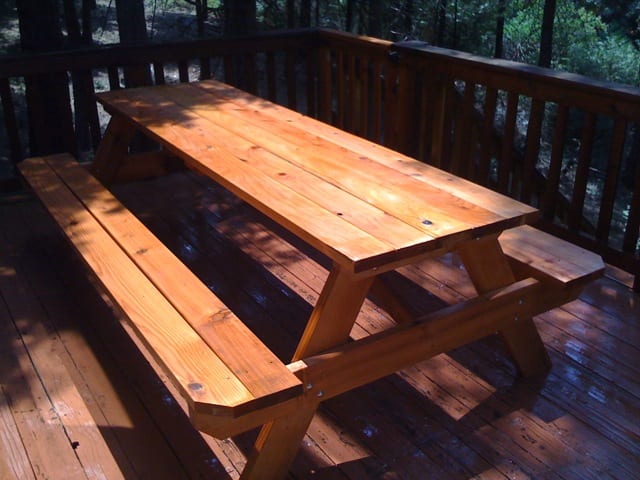 There she is, freshly sanded & washed. It’s a real tank, I’ll tell ya. Solid. Total lumber and hardware cost, about $350, give or take. Pine would be lots less. It’s 8 feet long and will easily accommodate 10 people. I build it right off the back door, which is right off the kitchen. Total build time about 6 hours. Progress slowed considerably yesterday afternoon, once I began pouring scotch. Here’s a final view. 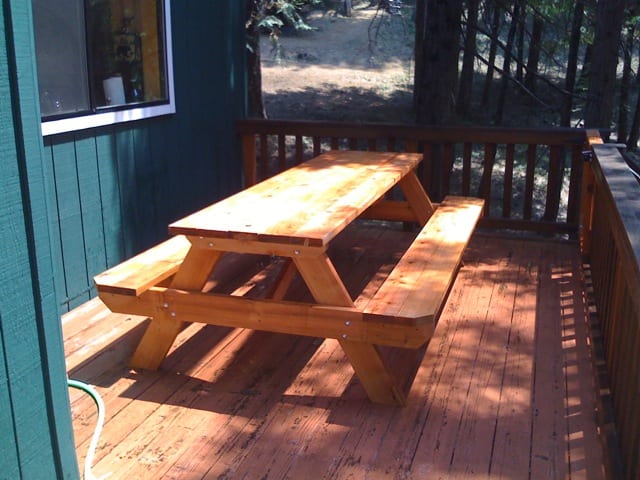