I'm trying to get out a photo of my continuing evolution (an intended pun, there) about every 10 pounds of net loss. Last one was at a bit over 200 pounds, and this is at a bit over 190.

But let's take a trip back, first. Me, on a European vacation, a mere two summers ago. 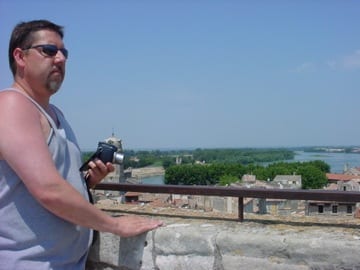 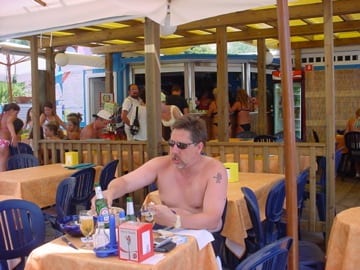 Here's the comparison I published last February between me around this time last year and 3-4 months later. Note: the before is actually after about 6 months of my brief, intense resistance training of two 30-minute sessions per week. The second is only 3-4 months later, having incorporated a proper (Paleo-like) diet, also including intermittent fasting in about the last month. 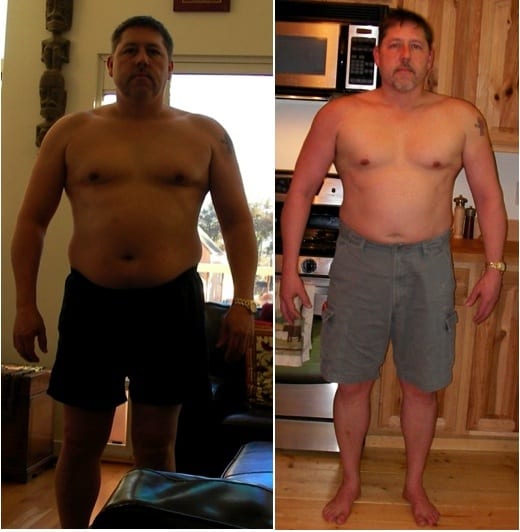 Now here's a photo from just yesterday, taken a bit after a workout, so, there's a bit of a lactic acid "pump" going on. 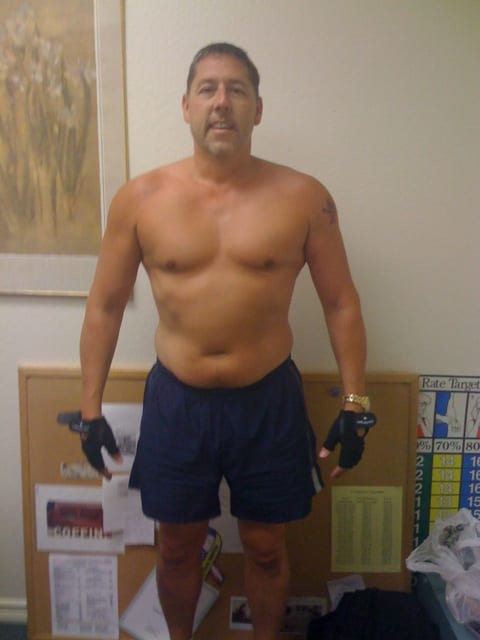 Now, let's run that comparison from a year ago to today. 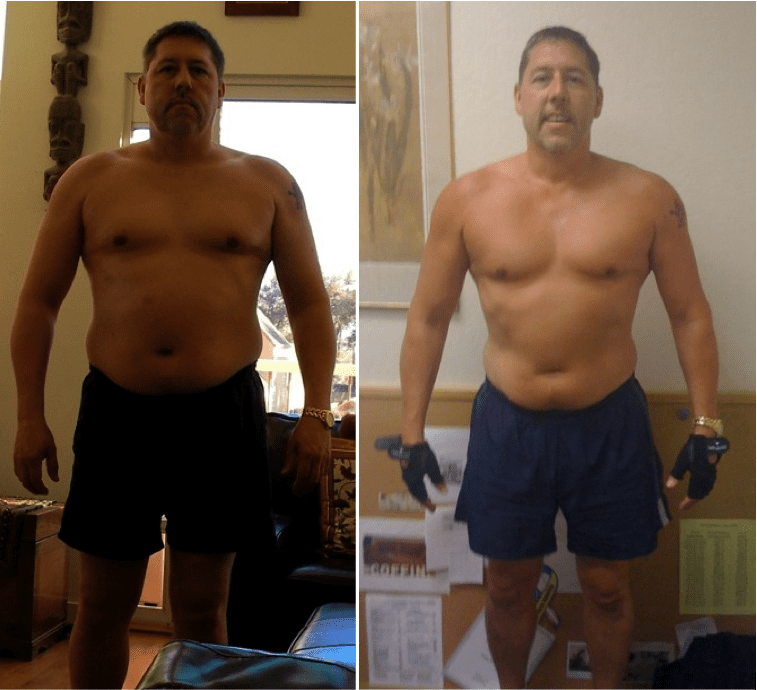 Still a ways to go. The abs are there, but unlike those who are content to make fools of you with the latest infomercial "ab this & that," you simply need to expose them by losing fat and getting lean. You can see them beginning to be exposed to the sides.

Update 3/10/2009: I has been suggested to me that in advance of a new update, that I post this link to a couple of pictures taken during a vacation to Mexico last month. That's down another nearly 10 pounds from the photos above. Still progressing towards to goal of 10% body fat (closing in on 15% now, and I began at about 35%).

So, at 230 pounds, where I began in May 2007, and at 35% BF, I carried around 80 pounds of fat. I'm between 16-17% now, at 180 pounds; so I'm carrying about 30 pounds of fat. It's interesting how that corresponds almost exactly to my net loss of 50 pounds. I suspect that room allowed for variation in what actual fat I was carrying is accounted for by lean gain or loss. I'm stronger, now, far stronger, but that may just be conditioning apart from actual gain. I have read that when you get fat, some (25% is what I read) is actually lean gain in order to carry around the excess weight.

At any rate, it's all working, nice and steady, nice and consistently.