Well, that's settled. I believe I'll never again do a tri-tip roast on the grill, except when camping. Here was last evening's dinner preparation before heading off to the oven. 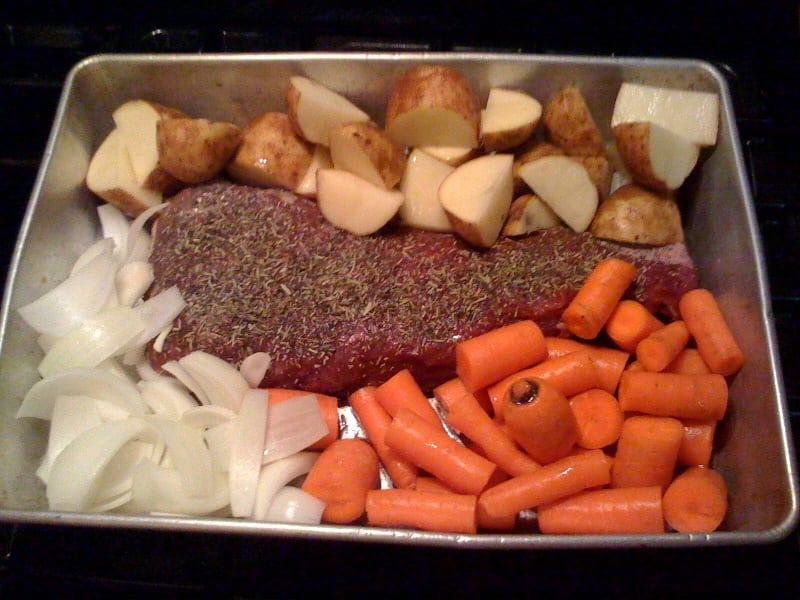 I believe the only thing on it is rosemary, savory, and a bit of salt & pepper. I don't often do potatoes, but we had guests. I ended up eating 2 or 3 of those sections, so less than half a potato. However, it has been a long time since I've believed that the potato has much or anything to do with obesity or diabetes. It certainly helps to avoid them when trying to loose weight, but in the long run, you especially need to be off grains of all kinds, vegetable oils, sweets, and of course, all the processed frankenfoods that abound. A potato now and then? Not an issue, in my book.

Into the oven it goes, 250 degrees. I recommend getting one of these handy meat thermometers so you can monitor in real time when cooking. Up here at the cabin, I only have an instant read, so you've got to keep popping the door open once you begin testing. Of course, cooking at low heat anyway greatly reduces the impact of opening the door. In fact, the longer it actually takes, the more tender your roast is going to be. (The amount of time the roast spends between and internal temperature of 100 and 122 degrees is critical to tenderness — the more the better.)

In the meantime, I work on the sauce, in this case, some beef stock, bacon drippings, a few dashes of red wine, rosemary, crushed garlic, minced and crushed onion, a half fresh jalapeno with seeds, minced and crushed, and a handful of crushed blueberries. No thickeners, just let it reduce. In the end, you'll want to take the pan drippings from the roast, stir them in, and then strain your sauce through a fine wire mesh. 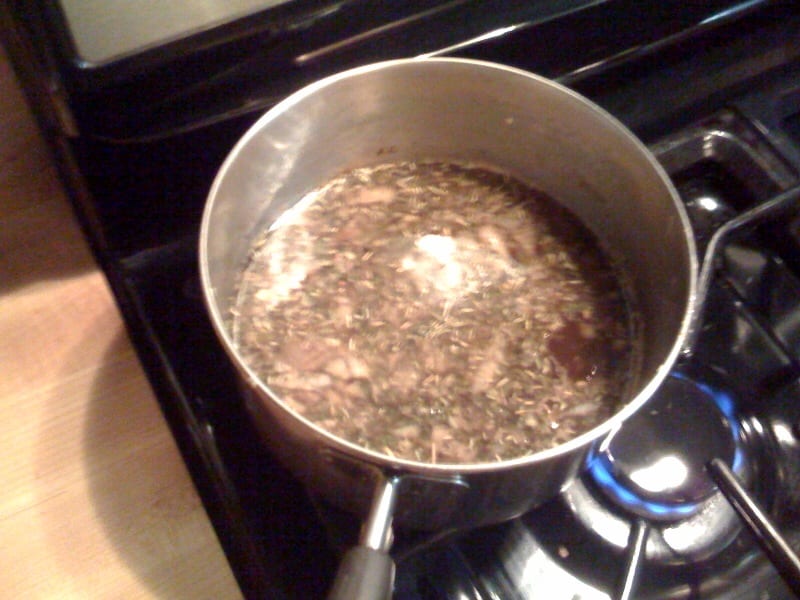 Once the roast is done, which for me is about 125-130 degrees (this one got to about 140 because I didn't have the real-time thermometer) it comes out of the oven and rests for 10 minutes while I fire up the broiler on high. After the rest period, it goes under the broiler for about 3 minutes. The result: 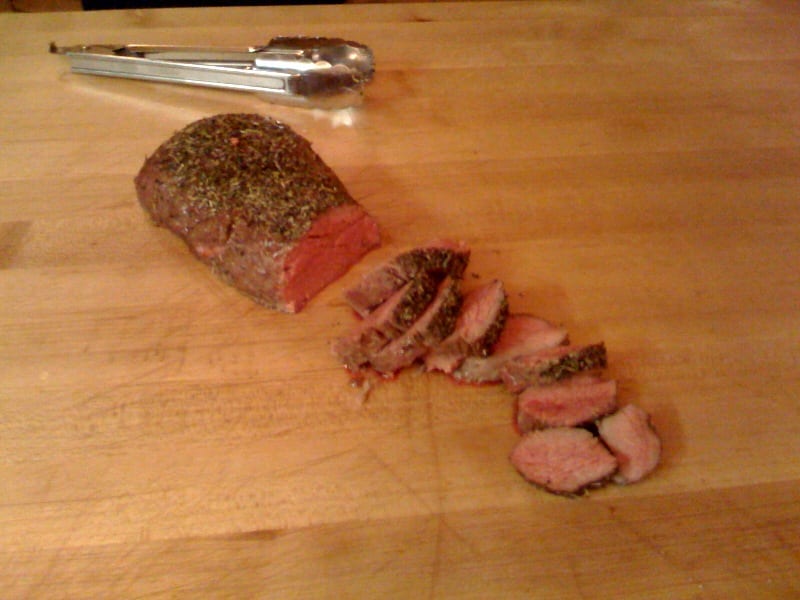 The countertops in the entire kitchen are butcher block. I love to wreak havoc anywhere I please. Now here's the preparation in total, and you can see how the meat is pink from edge to edge rather than getting 1/2" of well done combined with a raw center. 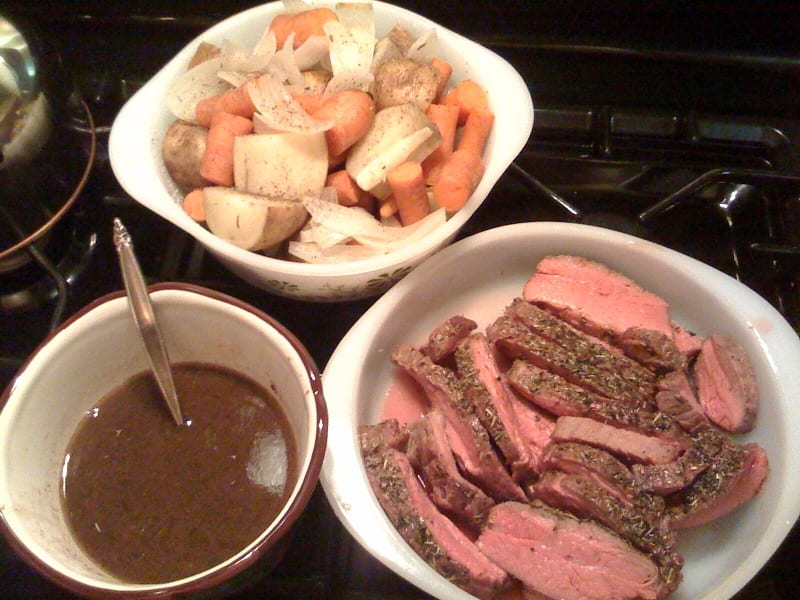 It was marvelously juicy and especially tender. Oh, by the way, doing the vegetables in in the oven in an uncovered pan as I did will of course make them dry. There's the sauce, of course, but what I did first is I had a pot of boiling water on standby and once the meat came out of the oven to rest, I scooped the vegetables into the water for just a few minutes, which remoistened them nicely. It makes the cooking way easier and they stay firm rather than get mushy.