Now, you're certainly welcome to go through these yourself, but they are not for the faint of heart and do assume some basic knowledge of statistical evaluation. Here's a few graphs. 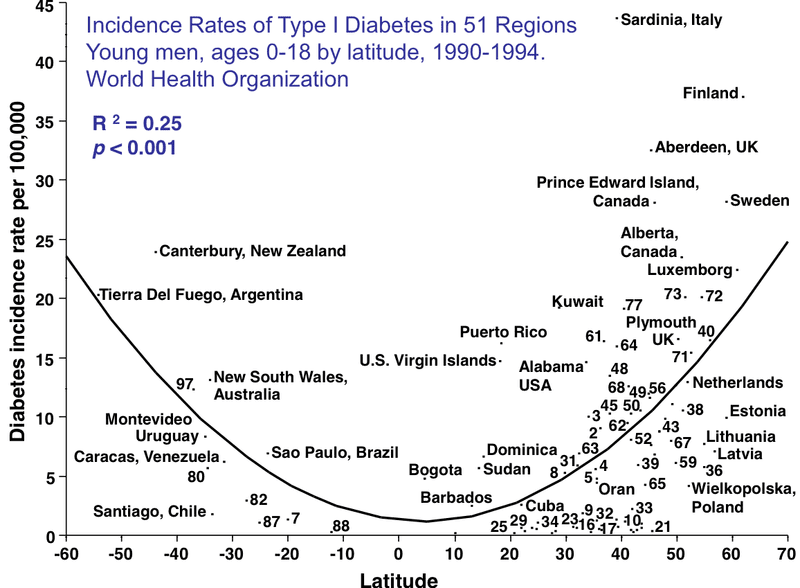 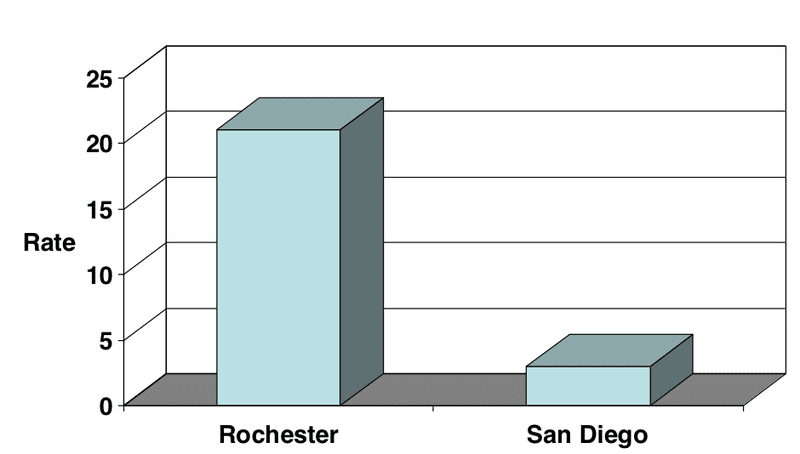 Here's one tracking new diagnoses in the U.S. Department of Defense by month and year since 2000. 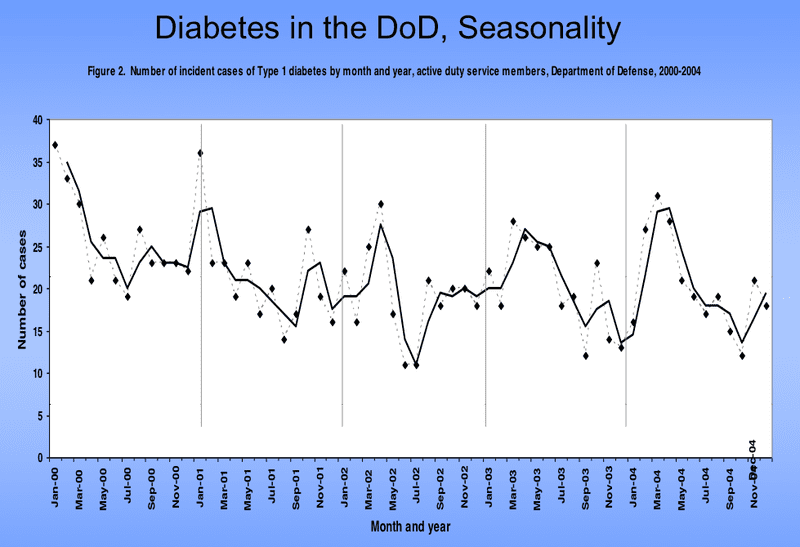 And finally, the trend of increasing rates of type 1 in Finland for children less than 14 years old, along with the points in time recommended levels of daily intake for infants went from 4,500 IU to 2,000 IU to 1,000 IU to 400IU. Read it and weep at the astounding level of modern ignorance. 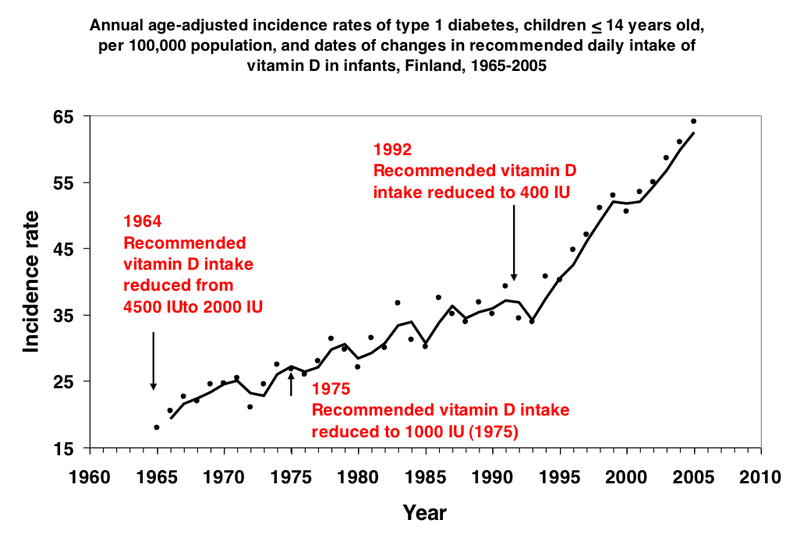 Can you believe it? As they say, fact is often far stranger than fiction. This would never make it as a film proposal for want of credibility.