Since I'm on a deadline to get a dozen reasonably substantive posts out out today (2 1/2 hours to go PST), I'm grateful to dad (22 or so pounds lost & counting), who took it upon himself to make Keith's baked eggs. 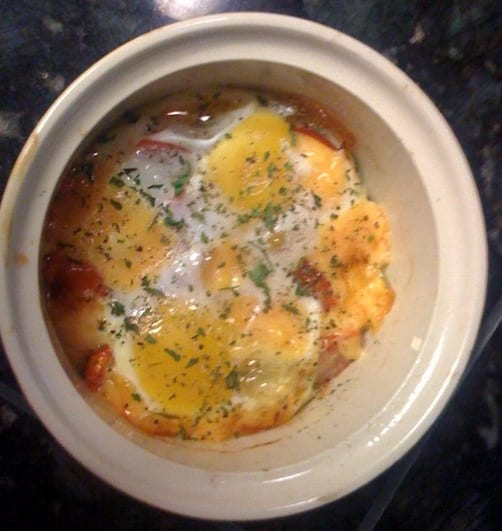 I changed the ingriedients a little because I didn't have some of them. I started out with olive oil and a little bacon dripping, with bacon on the bottom, followed with onion and green peppers, then sharp chedder with two eggs on top. I had to bake it a little longer, probably because I used a crock and should have pre-heated it.

END_OF_DOCUMENT_TOKEN_TO_BE_REPLACED

As per the last post, this is courtesy of GrassrootsHealth. The particular presentation I'm highlighting is Skin Cancer / Sunscreen — the Dilema, by Edward D. Gorham, Ph.D., Frank C. Garland, Ph.D., Cedric F. Garland, Dr.P.H.
and Sharif B. Mohr, M.P.H.

Let's jump right in with some graphical highlights.

Melanoma has been getting worse and worse, where? Indonesia? Brazil? Cuba? How about Tunisia — all places pretty close to the equator where the sun is powerful all the year long. Bzzzzt. Norway.

END_OF_DOCUMENT_TOKEN_TO_BE_REPLACED

Stephan went to a lot of work to compile this post and it's pretty revealing. Best you read it over there, but here's just a taste. First, everyone's getting fatter. 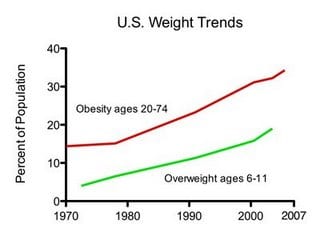 Second, it's not the animal fat. 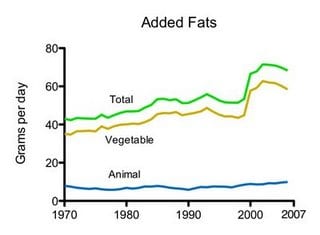 Go check out his post for the rest. Here's a graph I just found on my desktop, but I don't recall where I stole it from, but thanks to whoever put it together. It's not the butter, either. 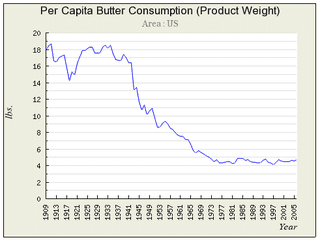