I really can't believe how good I feel, here in the sunshine. I'm convinced that while heavy supplementation of D3 is huge in terms of well being, there's simply no substitute for the real thing. Actually, I'm doing both. Since this is just a week, I've not backed off the 6k IU per day. I've also been spending about two hours in afternoon sun each day and I'm now pretty damn dark — even more that at the end of last summer and I spent some time at least 4 days per week in the sun.

Anyway, here was my dinner tonight. A whole red snapper, grilled, with some fruit (coupla slices of star fruit, and about a half a lime squeezed on it). Couldn't finish it, and other than a few raw oysters and (small) raw scallops prior, I had nothing else. 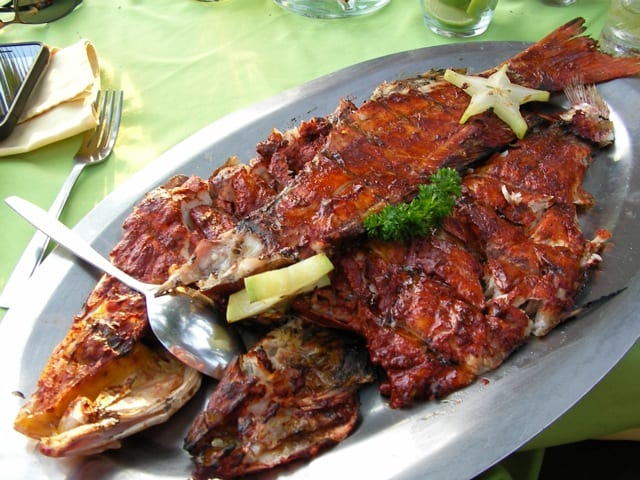 On a different topic, there are tons of free roaming dogs here, all extremely lean, but with solid musculature — rather like wild cats. Guess what? Every single one is of the most docile temperament I've ever seen in dogs, pits included. We've seen dozens of then, and have yet to see an agressive action, even a bark. Probably cause they're more likely to be fed real food instead of filled with crap grains and rice. Where in the EFF do people come off feeding carnivores that shit? Muther of Eff! Already.

So the restauranteurs at Maricos Tino's, Punta de Mita, were kind enough to let us let a stray dog accompany us for dinner. While he wasn't keen to the octopus or shrimp my wife offered, he very gently, almost tentatively and with apology accepted the few last bites of the snapper. My dad gave 'im some of his, too. 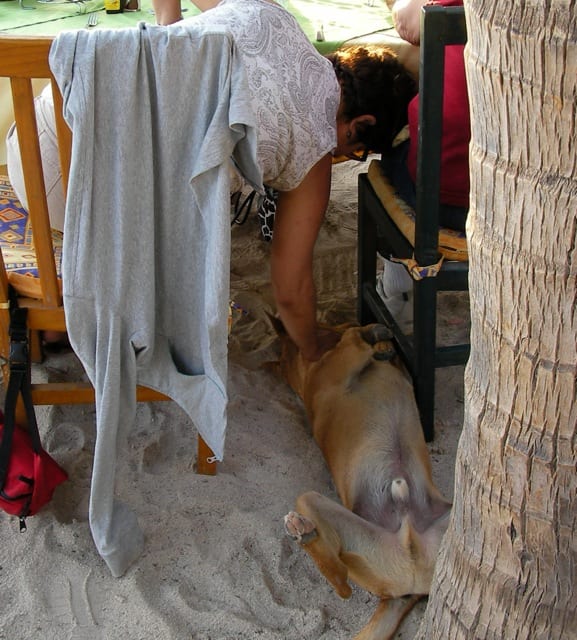