Ricardo Carvalho, whose great database work I highlighted yesterday, just emailed me another graph. The latest saturated fat data he could find was from 1998, but see if you can find any correlation. 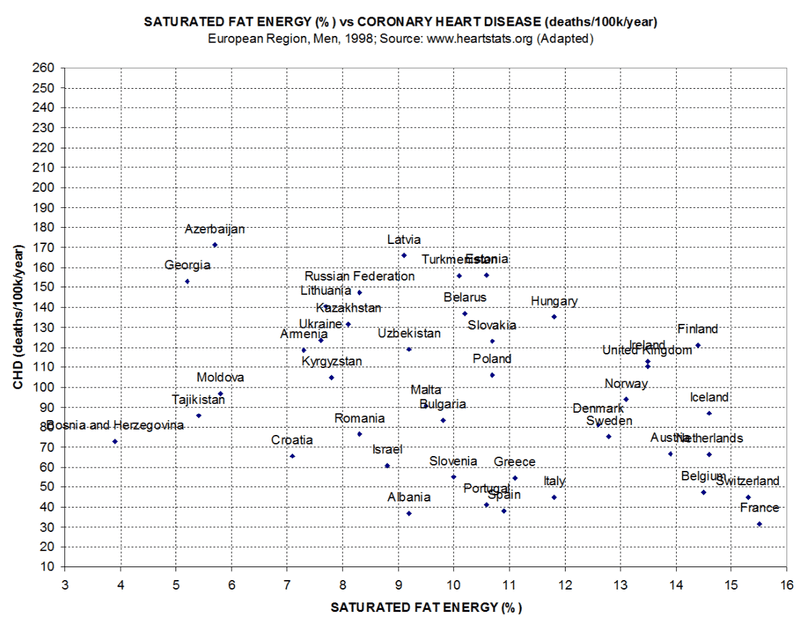 It's all over the map. If you had to draw a trend, however, how would it look? I'd probably start it from the left at the 120 and finish off to the right at about 80, i.e., more saturated fat associated with less CHD mortality.

Interesting how, once again, the French thumb their noses at the rest of the world. Red wine? Gimmeabreak. I lived there, and most people have no idea how much animal fat most of them eat. From their fat-heavy sauses to their fatty charcuterie and pâté, to their sweet butter and many fine cheeses. I've remarked before about the difference between how Americans eat cheese and how the French do it. In America, I see people taking a whole slice of bread (or a cracker) and thinly spreading cheese on it. In France, you take a small bit of crust and pile a huge mound of cheese on it. And that's often not all. Many French first put a big pat of sweet butted on, and then the cheese. Like this; tiny piece of cracker, big butter, and big cheese: 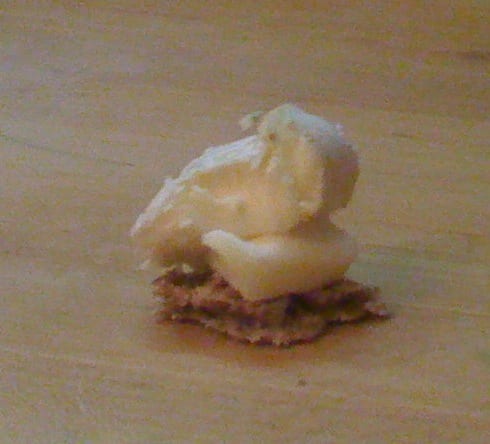 Yea, I ate it. It was in the interest of science. Frankly, I think the "French Paradox" has a lot more to do with getting a healthy dose of K2 in their diets from all the organ meats they frequently eat (tripe, kidney, liver), as well as the butter and cheese.