A week or so ago, I posted a bit of epidemiology concerning saturated fat intake associated with heart-disease deaths by country. As you saw, it was all over the map. I did speculate, however, that if you were going to try to fit a curve, it would slope downward, meaning: more saturated fat, less heart disease deaths.

Well, owing to my vast network of resources [grin], physicist Robert McLeod offered to fit a curve if I could get him the tabular data, which, thanks to Ricardo, I did. So, here's the graph (see here for the one with the country labels). 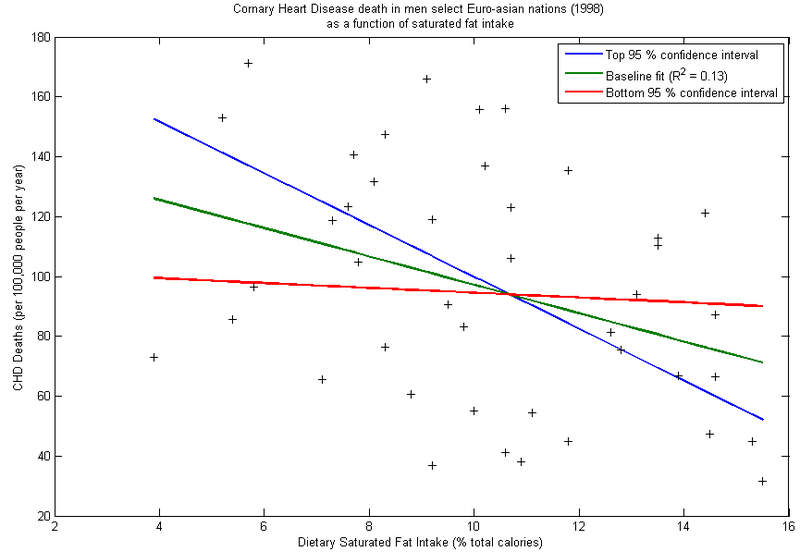 Here's what Robert had to say.

All statistics done in MATLAB. I found that if I define

+/- errors are standard deviations (i.e. one sigma) with an R^2 =
0.13 (terrible) between the fit data and experimental data.

The plot I provided shows the baseline along
with a top and bottom curve which are the 95 % confidence interval
lines (~1.96 sigmas).

In other words, increased saturated fat intake is 99 % likely to be
correlated with decreased incidence of death from heart disease.