Some of my curry and chili posts have sparked quite a bit of interest in just how I go about it. Various ways, always, but here's one, and I'll take you through all the major steps. But let's start with the finished product. 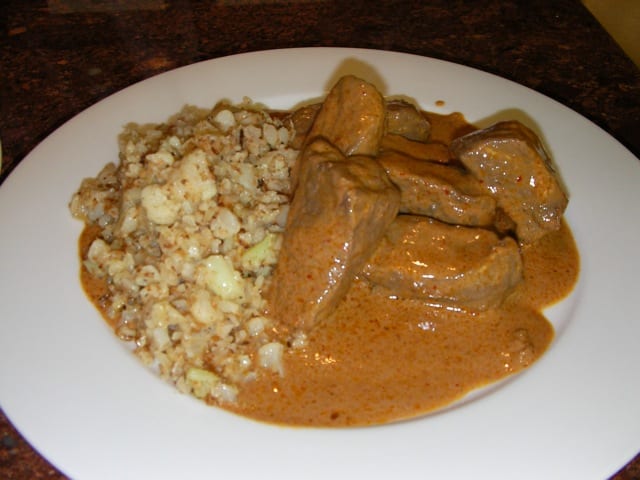 This is my Masaman beef curry, but instead of using stew meat or roast for a stewy concoction with vegetables, It's nuthin' but the meat. And, it's quality steak. The idea was to have just enough sauce. The side is cauliflower, and we decided it's easily as good as the rice, so those occasional splurges on starch are about to become even more occasional. 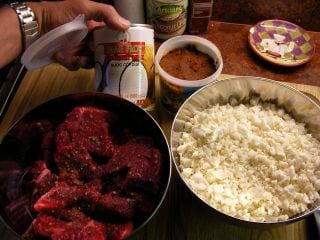 The base ingredients begin with the steak, 2 pounds in this case, finely chopped up cauliflower, coconut milk and Masaman curry paste. You could also grate the cauliflower, which I began to do, but it gets a bit messy, so I chopped. I may have finally discovered a reason to invest in a food processor.

Not pictured are the sea salt and fresh ground pepper I seasoned the meat with, the coconut oil I seared the steak in (and sir fried the cauliflower), or the almond meal that you see mixed in with the cauliflower. 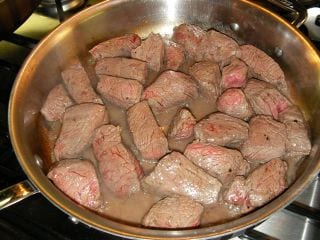 When I do this with stew meat or roast, the idea is to slowly braise the meat, then add the coconut milk and paste, then simmer. In this case, I want medium rare steak in a sauce, but also taking advantage of the steak juices from cooking. This was done in coconut oil on medium high heat, turning continuously. 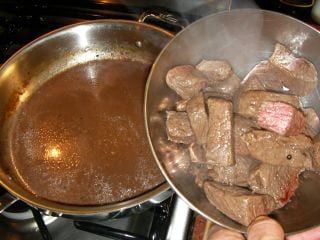 When medium rare, it comes out of the pan to rest. 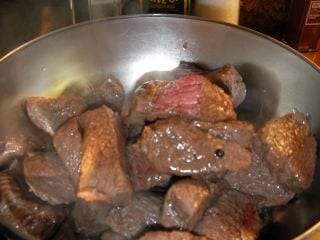 Then I put about 1 cup of coconut milk in the cooking juices and 2 rounded teaspoons of the curry paste, mixed it all together, brought to a simmer and let reduce and thicken for a minute or so. Then I covered it, turned the heat to low, and positioned the pan to be just on the edge of the burner.

Then it's time to go to work on the cauliflower. 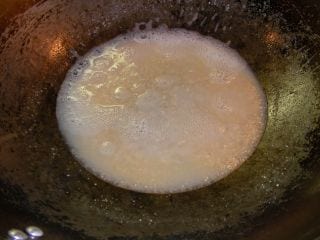 There's about 2 tbsp of coconut oil on a high flame to start. Then, there's as much almond meal as I can grasp with my five fingers from the bottom of the package. You let that sit there on medium high while you stir and agitate, waiting for the meal to begin turning brown. Then, in goes the cauliflower and some salt & pepper seasoning, if you like.

Basically, I cook it as I used to cook hash browns or fried potatoes. This goes a lot quicker, but you'll know it's ready when not as much steam is coming off and it begins to brown up nicely. 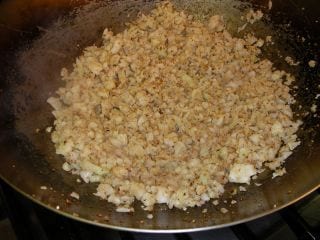 Then it's back to the meat, where, It's all simply put back in the pan (along with the resting juices, and tossed. Just flash it with only a few second of high heat. You don't want to further cook the meat. 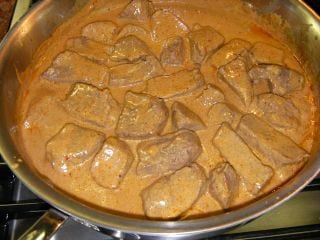 This may not look too appetizing, having been mostly consumed, but here's what I mean about getting it medium rare. With steak as tender as this was, this is the way to go. It takes some care, but it's well worth it. 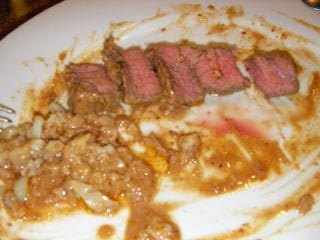