It certainly made the crust more pliable and formable. 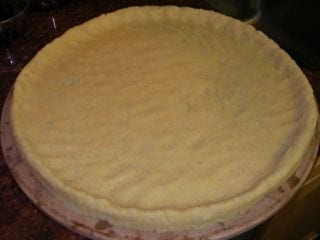 After baking the crust for about 10 minutes, it's on with the sauce, some cheese and chopped mushrooms. 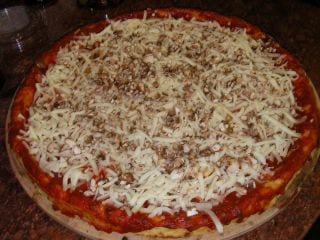 Finally, about 3/4 of a pound of black forrest ham, a substitute for the jambon one gets in France, where La Reine (the Queen) is one of the most popular pizzas — one I ordered regularly in at a restaurant just a short walk from my flat on the Med. 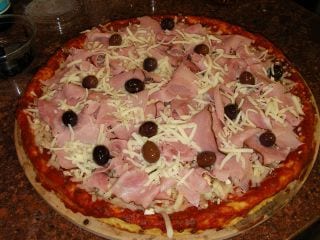 I maybe oughtn't have put the pizza sauce on the outer crust as I did, as it scorched a bit at the finish line. 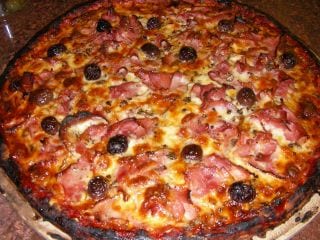 In all, I'm still working on it. The coconut flour made it far easier to work with, almost like a real dough, but it was a bit too dry for my tastes. In fact, it's actually better cold the next day, were it approximates real pizza far better.

On my next attempt, I'm going to add an additional egg and cut the coconut flour in half.