I was going to do this on a link roundup, but it's just too special.

25 amazing animal photos via Mercola. Here's one of my favorites, by which I might exclaim that I didn't know a carp could fly, especially with an eagle on its back. 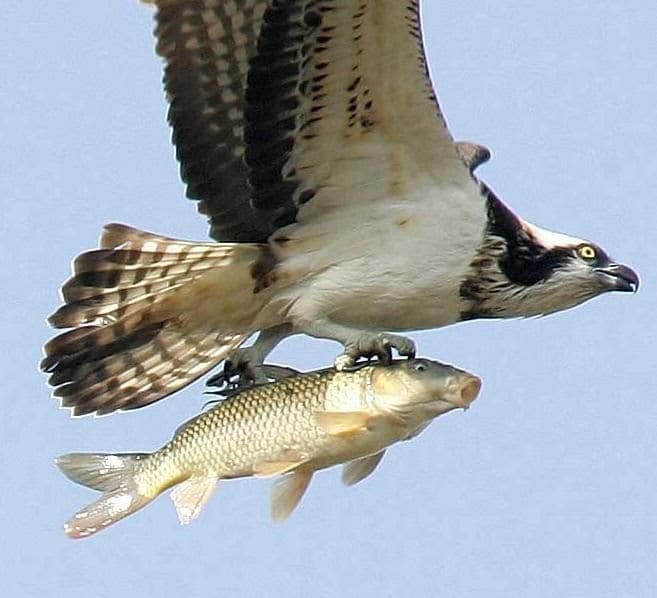 In other news, some guy in South Africa, I think, has quite a way with lions.

Then, there's this one, and you can see a lot more on Utube, like,

Remember the guy who lived up in Alaska with the grizzlies each spring? That guy was a moron, and he died because of it. Know why? He denied the risk (the reality). This gentleman is different. In one of the videos, he clearly and expressly acknowledges he could be killed. But, his value of interacting with these most beautiful beasts of evolution is greater than the risk, which I actually get, assuming one has put in the effort to get to where he is. Not for me (though I'd jump at the chance for a supervised hands on visit), but I'm not going to drop a bomb on his values, so long as I don't have to pay for or suffer the consequences he seems prepared to endure.

in other animal news, this one is about pigs.

Just so you know, that link features about eight recent stories of cops gratuitously killing and or maiming family dogs. I've been following this for a long time (several per week) and my sense is that the after-the-fact questioning is far less rigorous than for the shooting of humans, and so there's a sort of perverse incentive for the sort of bad people law enforcement seems to attract, nowadays, to use family pets as target practice.

And that's as close as I'm getting to political commentary for awhile. Promise to myself. it's for my own health and well being.