Wow. It’s been just over two years since this greatest journey of my life began (unnecessary; wish I’d never let myself go so far astray). Nevertheless, here I am, and I wish to first acknowledge the growing number of enthusiastic readers who, I believe, have a major role in this. I really doubt I would have seen it through without your enthusiastic words of encouragement, excitement, and motivation every single step of the way.

Not one single time, either in comments, email, or in person have I received a single negative word. Not once. Thank you for your tireless encouragement. It means a lot to me. In return, my sincere hope is that these photos, more than anything else, encourage and motivate all of you on similar paths. Don’t give up. Never quit. Achieving leanness and renewed vitality is within virtually everyone’s grasp.

Alright, this is the third official photo update. The first was in February, 2008, and the second, September, 2008. As always, let’s begin with how bad it got. 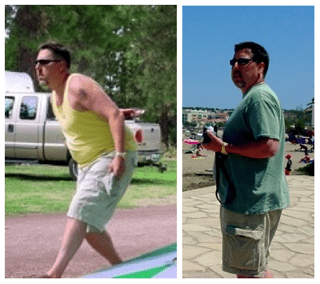 Pretty bad, eh? Here we are nowadays, and you can click these for the full-size versions. 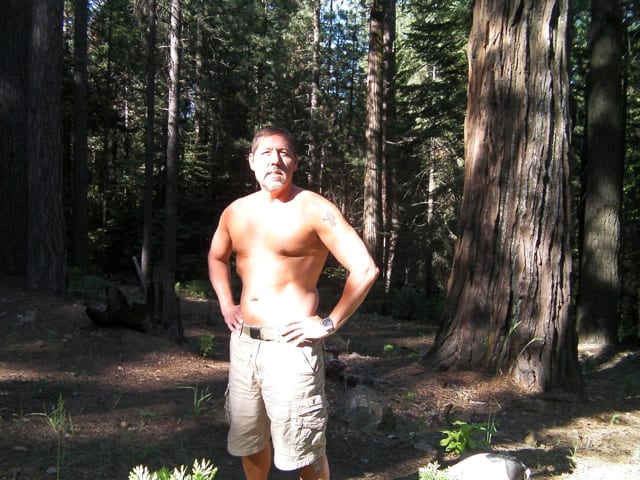 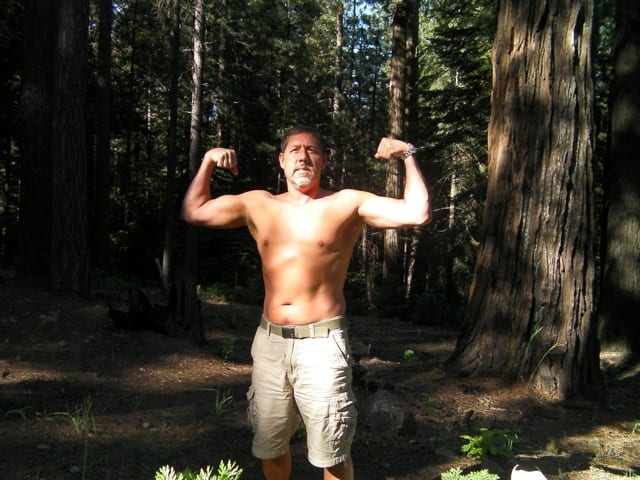 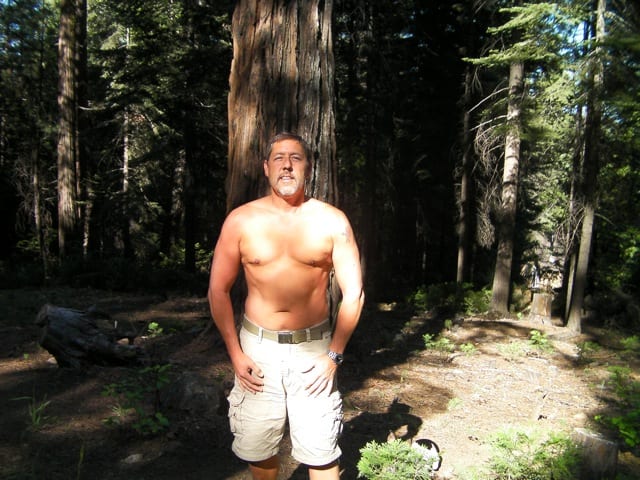 Here’s a montage of pics Bea took yesterday afternoon while I was getting in a workout here on the patio of our vacation home in Arnold, CA. 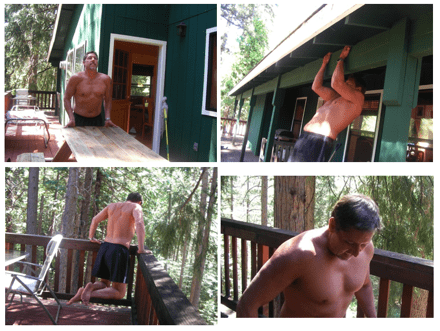 And, finally, here’s the comparison shot, around October 2007, five months or so into the program compared with today. 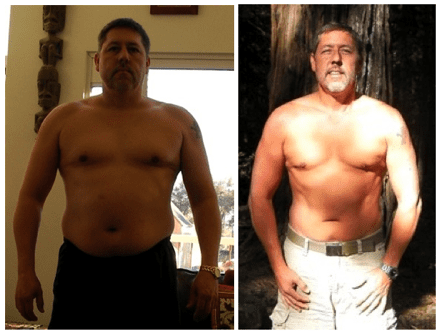 Once again, thank you all for the continual and never-ending support. I very much like to think that I couldn’t have done it without this blog and the readers and enthusiasts who make it happen daily.