Tim Ranitsch, featured in this former post, send me a couple of photos. On the left is his much larger self at 225 and on the right, at 170. While he lost most of his weight doing a standard dieting approach, he reports feeling much better and more natural on the paleo path the last nine months. 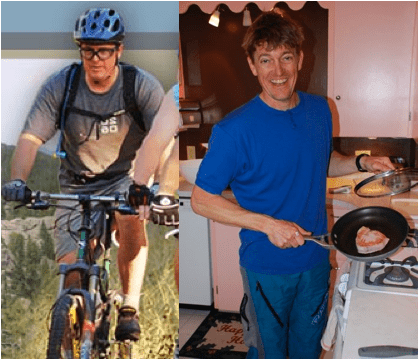 It never ceases to amaze me how getting down to a normal weight transforms a person's face. Great job, Tim, even if you used conventional dieting (starvation and food obsession) to get there. Now you're in a great place for life.