Well, what I didn't know is that there's a history to the Cobb Salad, invented by Bob Cobb, owner of the Brown Derby in Hollywood, CA.

A couple of nights before, we had decided to collaborate with friends for Friday, and since Julie makes such amazing bacon bits, I suggested a Cobb. So here was the starting palette, with the Bing Cherries there for the dessert (click on it for the hi-res). 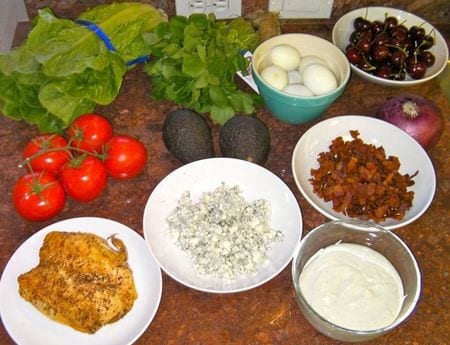 There seems to be a lot of variations on the Cobb, and this was no exception. I couldn't source Roquefort without going to Whole Foods, so I went with blue. I also made blue cheese dressing per this recipe, pictured above, and I cut it down by 1/3 so as not to have leftovers. My second attempt to make mayonnaise failed, just as the first, so I was left using 2/3 cup of Trader Joe's expeller pressed canola oil mayo. 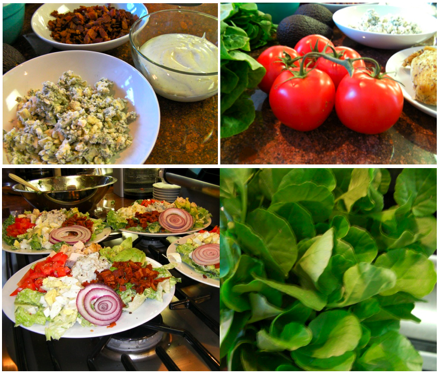 Chopped up the romaine and watercress, dressed with about 2/3 of the blue cheese dressing, plated, then used the remaining 1/3 dressing to mix up with the 5 oz. blue cheese crumbles for the centerpiece (click on the photo for the hi-res version). 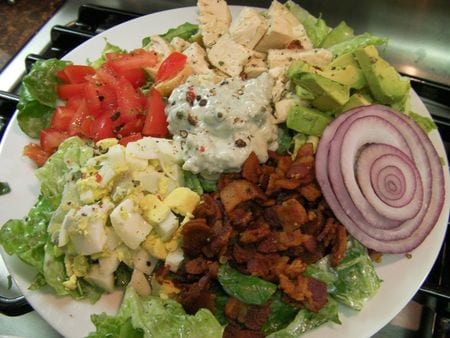 Oh, man, was it ever good. Then, later after a few hands of cards, cherry smoothies, consisting of about a pound of cherries (all that were in the bowl) 3/4 can chilled coconut milk, 1/4 can heavy cream, 1 tsp honey, 1 tbsp Artisana coconut butter, and a dash of vanilla. 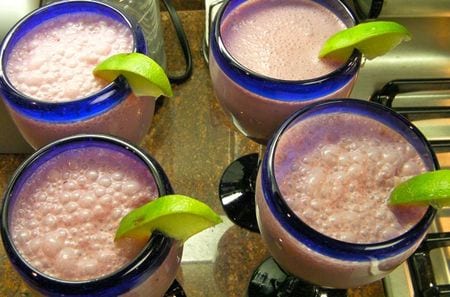