I probably get more questions about cholesterol than anything else. But cholesterol is not a problem to be managed. Your diet is to be managed, it should be a natural diet of meats, fowl, seafood, good fats (animal, coconut, olive), vegetables, berries & nuts.

Tomorrow I’ll post a couple of advanced lipid panels from readers for discussion.

Here’s one I did at the beginning of the month and plain forgot to post it. 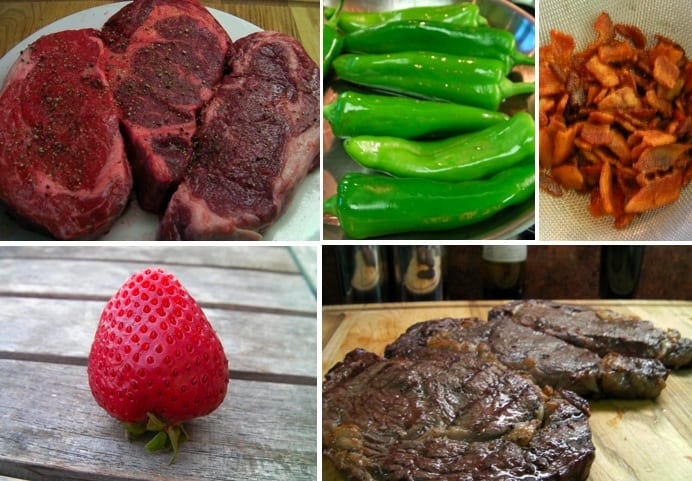 Since there were four of us, I sliced up the steaks after grilling. 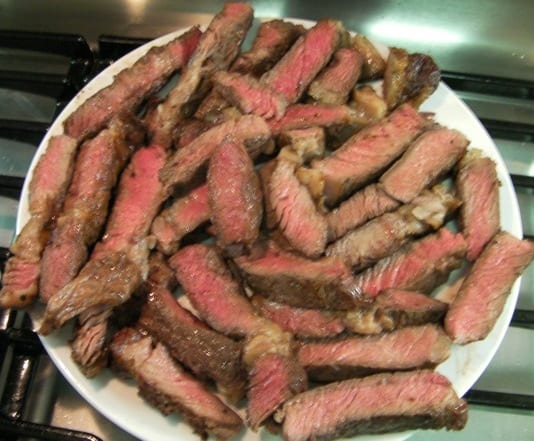 Then there’s the peppers, which as I recall were anaheim. This was a suggestion from my cousin Adam. It’s basicaly salt & oil. Rather than olive, which is what’s called for, I used about half leaf lard and half coconut oil. 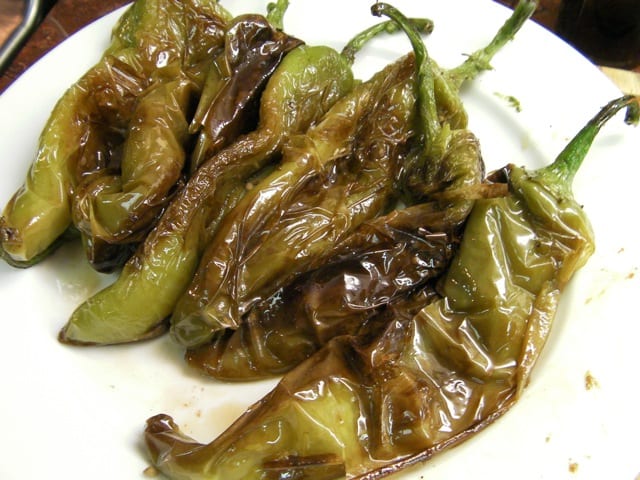 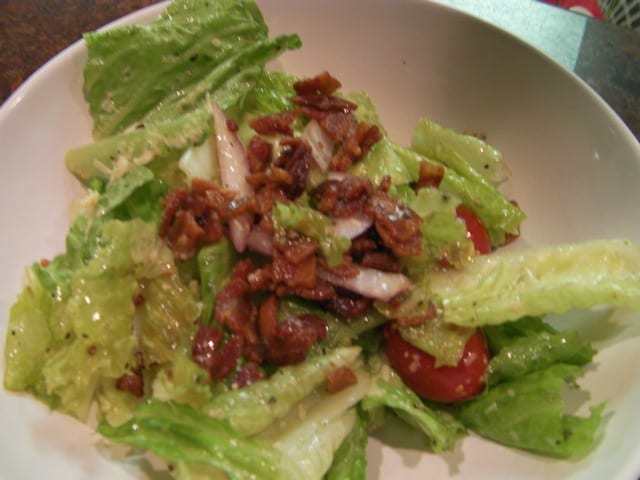 I decided to do salads last night. 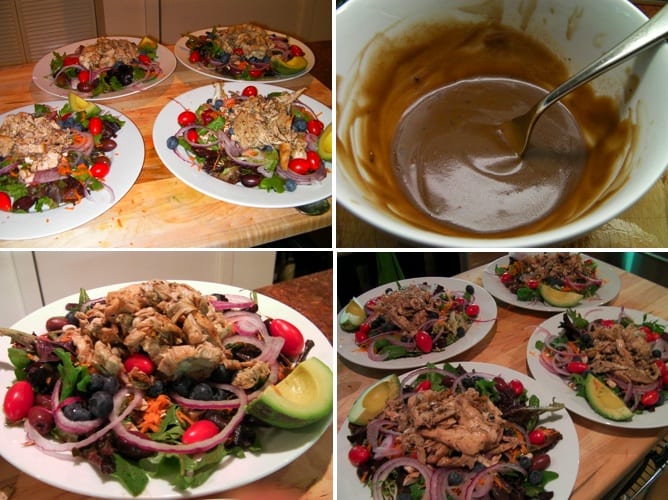 First, I took an enormous whole chicken breast (both sides), with skin (from Whole Foods) and put it on the grill on low, skin side down, and then turned bout 15 minutes in for a total of about 30 minutes, then five or so on high to get the skin crispy.

In the meantime, I added a couple of pinches of parsley, rosemary, and basil to about 1/4 cup EVOO, and a dash of apple cider vinegar. This is tossed with the chopped chicken, later.

To the top right, you’ll see my dressing, which is EVOO, dijon mustard, apple cider vinegar and balsamic vinegar (salt & pepper, too). Begin with the EVOO, put in your dash of apple cider vinegar, then add the dijon and balsamic a bit at a time until it emulsifies with the fork. That had been sitting out for well over two hours when I snapped that photo. No separation.

So, what we have is a spring mix, tossed in the dressing, plated, and then red onion, mushroom, tomatoes, olives, blueberries (awesome — try it), avocado, and kalamata olives with the pits. Then just pile on the chicken, which as I said, is chopped and tossed in the olive oil and herbs. 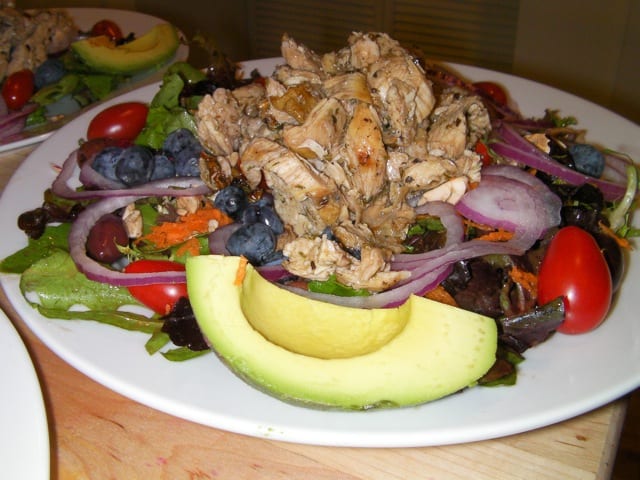 Just a coule of notes.

I saw the film last evening.

Before she changed the world, Julia Child was just an American living in France.

Ah, I identify with that, for, we had a thing in common. I lived in France for a couple of years. And, while being functional in the language upon arrival (such as was Julia’s diplomat husband upon arrival — I went to one of the same schools as they), I was pretty damn fluent in reading and conversation (not writing) about six months in — enough to hold my own at a French dinner party lasting hours. I got invited to dinner parties a lot, and even put on a few myself. Do that, for French people, and you’ll never have fear or trepidation in cooking for anyone.

A French dinner party is either done right — simple, actually — or just not done. It’s critically important. Elegance is appreciated. Simplicity and logic from top to bottom: a must. I just now realized this: it’s easy to refer to a French dinner party as logical. Not sure why, but it fits, and it’s the first time I ever realized it. [Afterthought: the elegance is the simplicity and logic of it all.]

Moving on, it’s not quite a stemement for a paleo diet. It is a statment for the absolute love of Real Food. If you love food, go see it and feed your soul.

And now for the funny. With great applause on my part, they managed to skillfully work in the Dan Akroyd classic SNL Julia Child skit.