Here’s a couple of examples of the beef portion of a couple of grassfed beef meals. In these cases, I did not use anything like almond, coconut, or potato starch to thicken the sauce (and it never takes much — usually less than a teaspoon), and I did add quite a bit of fat in the form of butter, lard, and duck fat to both (but in different ways).

At any rate, here’s the grassfed burger, which was just amazing. The sauce is primarily beef broth reduced, with blueberries, raspberries, and blackberries added, and 1/3 tsp or so of cinnamon, which was a great choice. It was strained before serving. 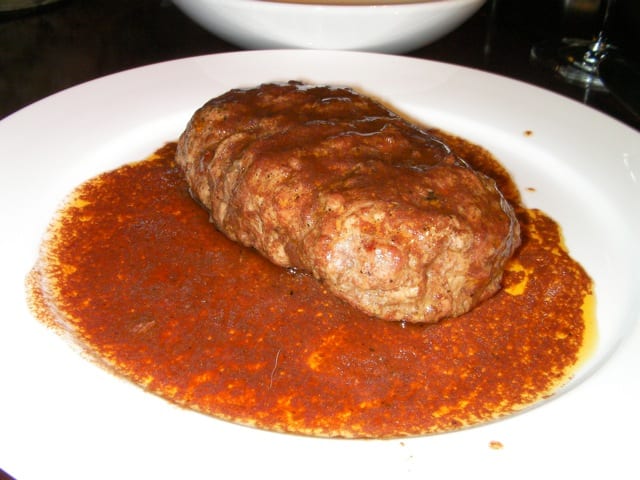 Next up were the two fillets I got from La Cense. Very tasty, but, quite expensive pound for pound. Plus, I usually like more than 5-6 ounces of meat in a sitting. This sauce is more garlic, red wine, onion and I can’t remember what all else. 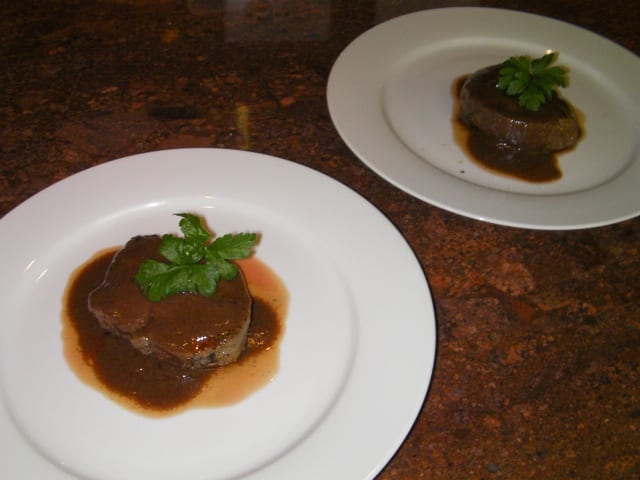 One thing I always hear from people is how they like their meat cooked (blue, rare, m. rare, medium, m. well, well, etc.). I used to be a medium rare guy, myself, but could certainly enjoy rare or medium. Then as I began doing this more and more, I realized that different cuts of meat called for different cooking. Thus, a nice filet can be anything from something like seared ahi to a nice rare to medium rare. But a ribeye? Well, I have found that for me, a ribeye is tastiest when the fat is melted, and that seems to take place somewhere between medium rare and medium.

I had the presence of mind to snap a photo of one of the filets, above. 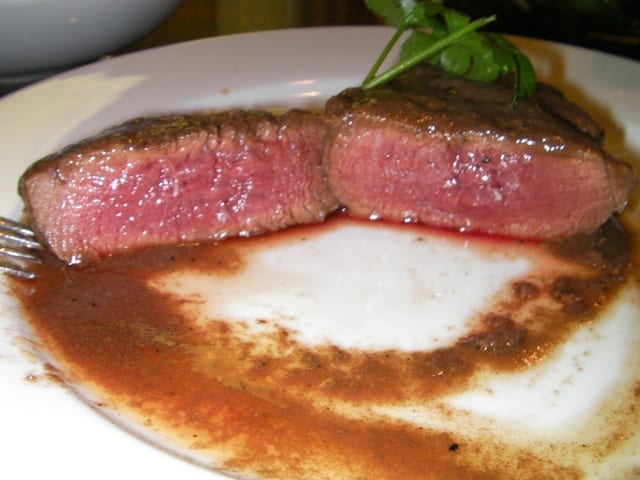 Some would call that rare, some medium rare, but I think it’s between the two. It was sure good.