These are prime filets given as a birthday gift to Bea by her brother. And, while I often feature the meals I do for guests as my biggest efforts, I decided to put in similar effort for a Friday evening meal for just the two of us. Bea has been non-stop go over the last week with her birthday party, family visiting, and partying in general that it was time for a quiet evening. Plus, we’ll be headed out shortly to Carmel by the Sea to attend the wedding of our next-door neighbors. More party on the horizon! 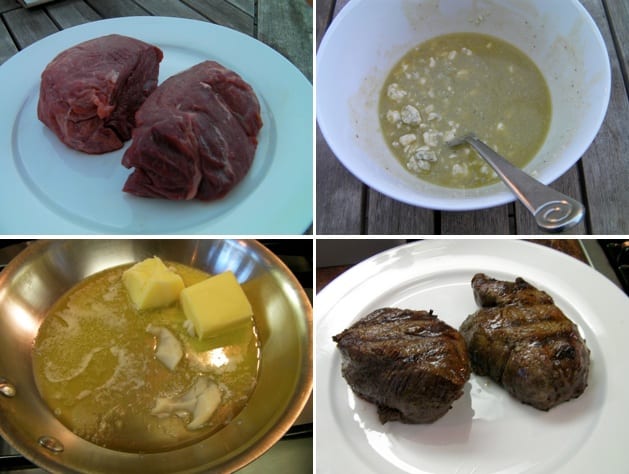 My first idea was to do a beef stock reduction as per usual, but then I had a better idea, owing to these being such large & tender filets. I decided to do a mildly browned butter with  toasted garlic & shallot, and also a bit of bacon drippings. So, I pre-heated the grill on high, then turned the burner I was cooking the steaks on to low and left the indirect one to high, covered. Five minutes on one side,  brush with butter, 5 minutes on the other, brush with butter, then cooking burner to full high and about five minutes of turning and brushing every minute. Done. Click for the high-res version. 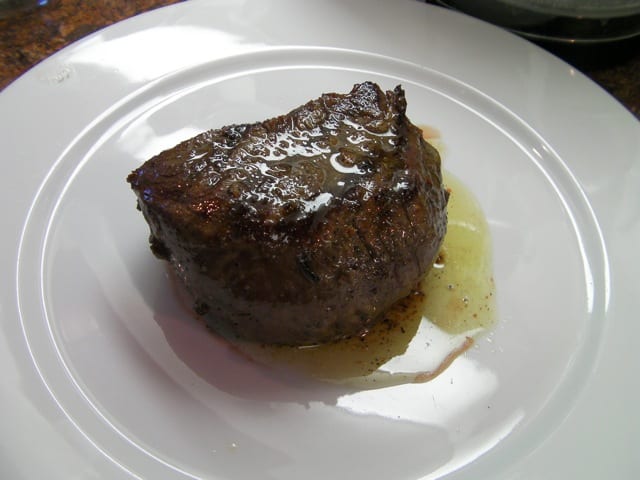 I also did a salad. Simply EVOO vinaigrette with salt & finely ground pepper, a dollop of dijon mustard and enough apple cider vinegar until emulsification was achieved. Then, blue cheese crumbles. Top it off with coarsely ground pepper.

Back on the topic of cooking different cuts of meat to different levels of done, this is exactly the kind of tender filet that I like rare. It’s like great Ahi tuna. This was absolutely fork tender. 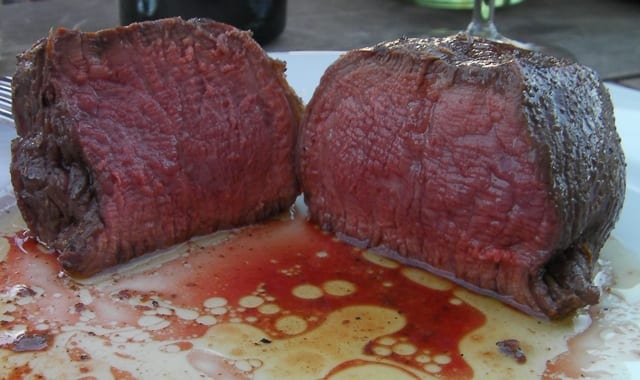 Bea’s was about the same weight, but a bit thiner, and thus more of a medium rare, which she prefers.