Idiocracy: The Dirty Side of Evolution

I have no idea what Ricardo is posting about, here, but I had to laugh out loud at the image. 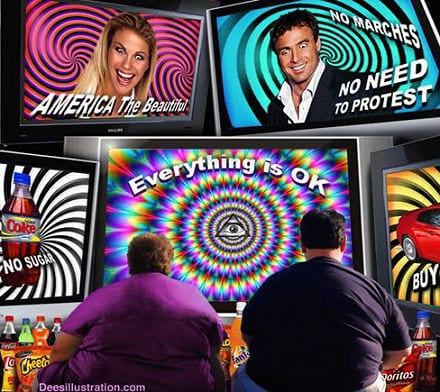 But what it did do was remind me of the movie Idiocracy. Plot: Hibernation experiment goes wrong and guy wakes up 500 years later to find that he’s the smartest person in the world. Plenty of YouTube stuff here. I’m not going to draw too fine a point on this, as the post is intended more as humorous than as a tool of cognition (i.e., real knowledge). But with the Earth’s population increasingly seeking the easy, cheap way (often paid for with other people’s money), one must wonder if the intro to this film doesn’t have a ring of truth to it.

Finally, here’s a funny scene where the smartest person in the world has been called in to address the failure of crops. Now that scene reminds me of the argument over fat & cholesterol in the diet.