So here’s my attempt at "Meatza," which I mentioned a couple of posts ago, and where you’ll find the basic recipe.

I used two pounds of 80/20 ground beef I had in the freezer. I also had the idea to create an edge, to keep in toppings. See the recipe for the other ingredients in the "crust." 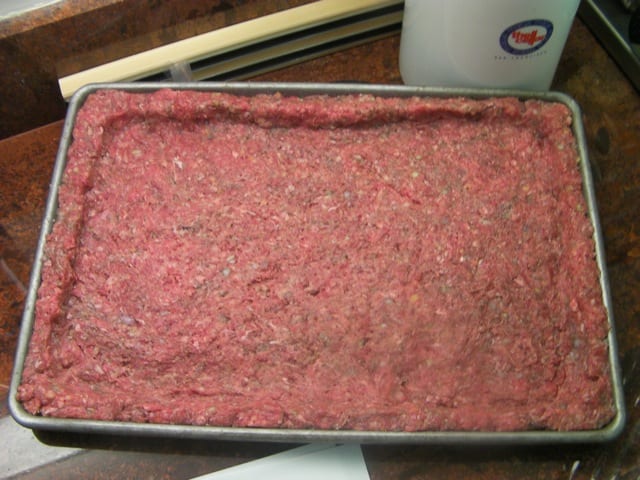 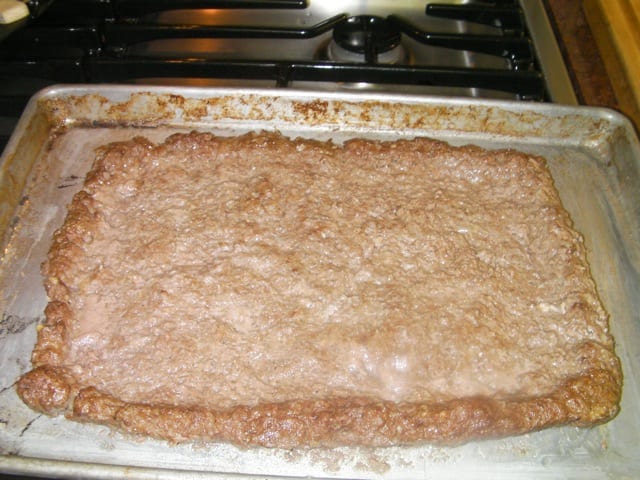 I used standard Pizza sauce from Trader Joe’s, and do notice that the veggies should be sauteed, which I did in lard rather than olive oil. I used mushrooms, green pepper, and very thinly sliced onion, which I did not sauté.

Ready for the Broiler 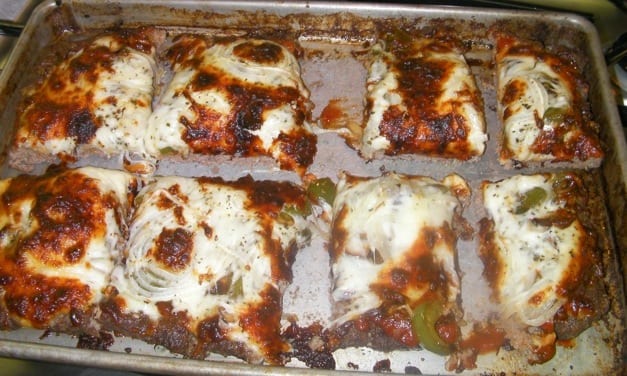 We all liked it very much, and I liked it better than the various paleo crust recipes I’ve tried, like cauliflower and such. Also, this was very easy and quick to make. To my mind, this is sort of like a good meatloaf you eat like pizza.

It’s definitely worth a go.