Before I place a montage, there’s inspiration. Back ’round the 4th of July weekend, we happened to have missed being with friends who happened to be with mutual friends. Make sense? OK, they ended up going to Gordon Ramsay’s LA restaurant and posted more than a dozen pics of what they ate. This was one. 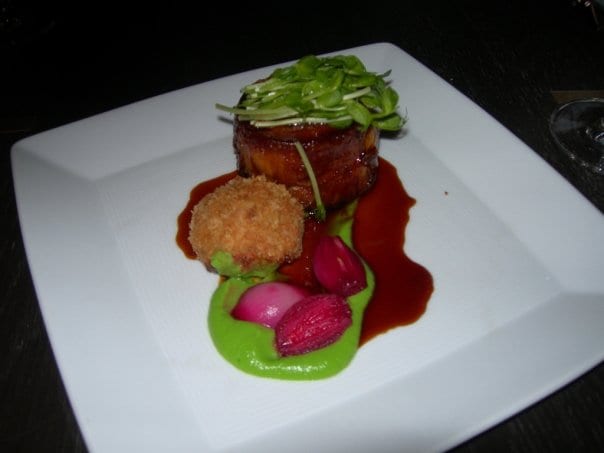 But this is merely the beginning; the inspiration.

My friend Robert features prominently on this blog, as does his wife, Julie. They both do. While not usually mentioned, much, most of the cooking for friends I do is for them, and they do equally for us. And we play cards — advanced Spades, if you must know.

But sometimes the girls and their friends get tired of Robert & I winning all the time, so they have their once-monthly girl’s-night-out get-together, and, you get it: Robert & I were on our own last night.

And we decided to push boundaries.

…Well, actually, he did. My original idea was grilled burgers.

He wasn’t moved. I knew this when I called him yesterday afternoon about various arrangements and found him at the meat counter acquiring the pork belly I’m about to feature. We decided at that point to go outside boundaries. He decided to do pork belly, and I, Belgian endive. …I began, not liking it much when first encountered in France — always sauteed — it seemed to have a bitter taste. But I got to like it, but always wondered if I could do better. I believe I did. 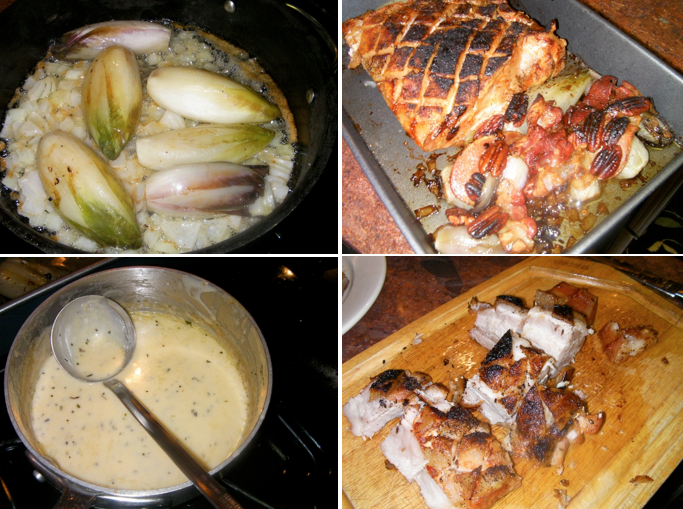 This was a lot of fun. The pork belly is simply seasoned with a little (a little) coriander, cumin, salt & pepper. It’s then roasted at 450 for 15, then down to 350 for two hours. At the end, baste it with its juices a couple of times and fire it under the broiler.

I decided on Belgian endive, sauteed, then braised for 15 minutes covered, in 350 (lower rack in the same oven). Right before it went into the oven. 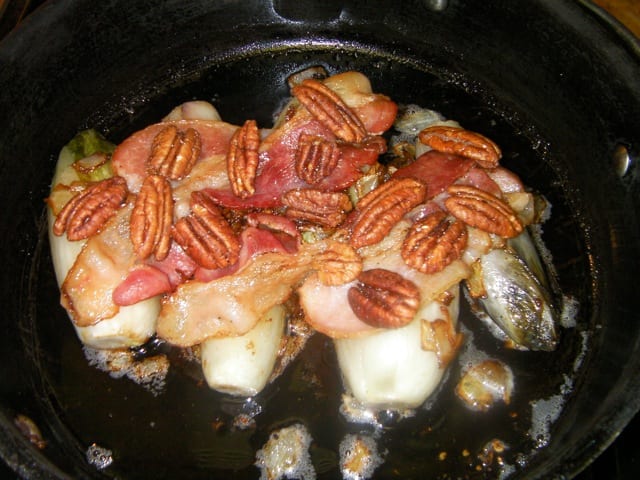 I used no spices or herbs. Endive. Two slices of bacon. Onion. Pecans. I sauteed in the drippings from very lightly cooking the two strips of bacon, leaf lard & butter. Once soft, into the oven.

The other notable thing is that Robert made a roux with the pork fat drippings out of the oven. He sprinkled in a bit of dried basil, then it was 1 1/2 tbsp potato flour and about one cup heavy cream. Even more to be fearless about… 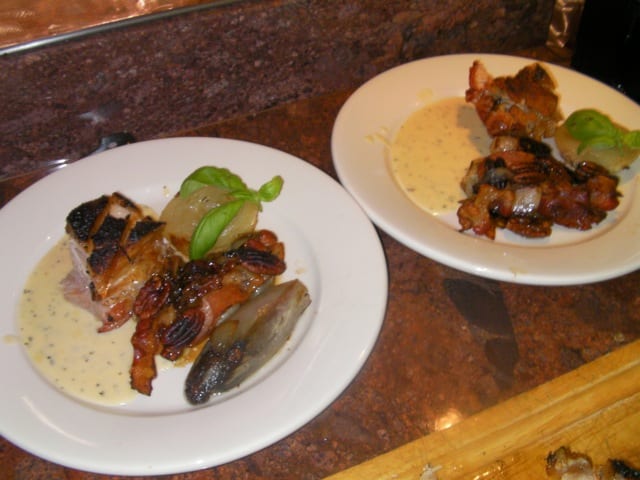 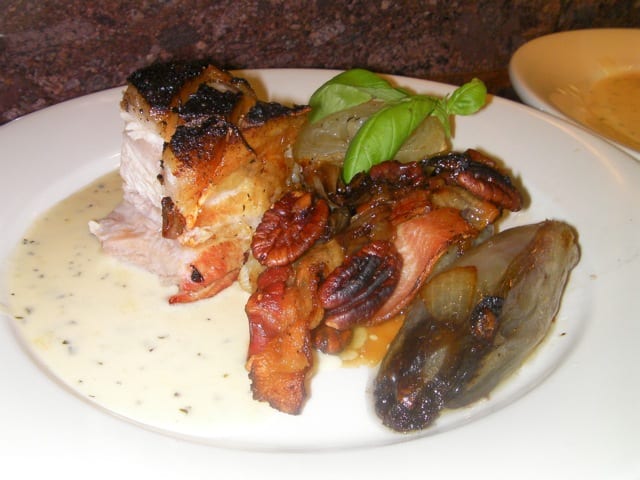 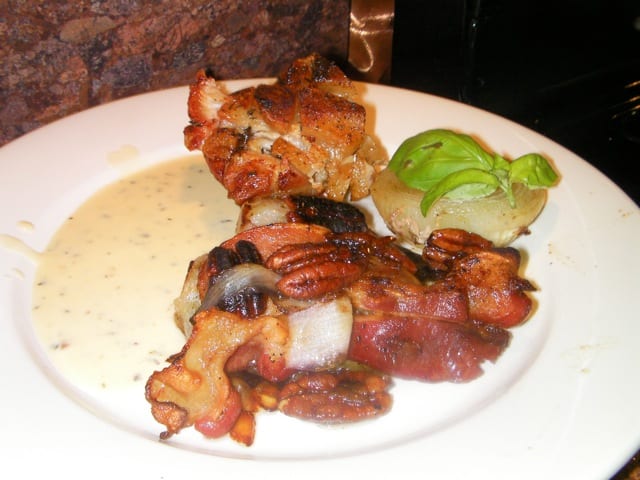