My friend Robert snapped the picture to the left this was cropped from sometime in the spring of 2007, nearly three years ago. The one to the right was Christmas evening, cutting up the prime rib.

It was right around the time I began this most wonderful journey, though I initially began pretty much with the intense workouts first and didn’t incorporate a decent paleo diet and fasting until about six months in. 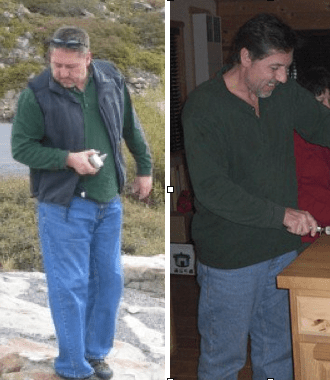