Richard Nikoley has a “Low Body Temperature” and “Edema?” You be the judge.

This is a pain to have to do this but I feel a bit of an obligation. Back in April ’09, nearly a year ago, some guy popped up in comments at Peter’s Hyperlipid blog promoting something he and [redacted] of [link deleted] were calling a "High Everything Diet." Basically, the idea is to jump start or improve metabolic function through a pretty high caloric intake, with plenty of carbs. After some time watching this assault, I did a post about the whole thing.

I really encourage you to read that first, but here’s a key excerpt.

HED: High Everything Diet (If eating garbage is your problem, just eat more of it)

I’ve said before that I don’t think carbohydrate is the primary problem (for those without type 2 or borderline, or obese), and the Kitavans and other H-G groups seem to prove that. In that regard, this HED does seem to eliminate at least some of what might destroy a high-carb munching Kitavan’s health, i.e., refined sugar, high fructose corn syrup, processed vegetable oils (HEDers seem also not too fond of omega-3 PUFA — the Ray Peat influence) and trans fatty-acids.

He has also posted that lots of the low-carbers ignore the Kitavans, which is true. I don’t think that’s the case for all the paleo-like eaters, and certainly not true for me, as I’ve often written that healthful diets exist from equator to arctic circle, from high carb intake (Kitavans, Kuna and others — mostly from starch) to virtually zero carb (Inuit).

What I think is of far more importance is to find the diet or life way that works for you. First, begin with a principle: Real Food and nothing but Real Food. Next, attempt to determine where your genetic ancestry evolved in the last 50,000 years since coming out of Africa. Did your ancestors evolve in tropical regions with plenty of starches and fruits available year round, in regions with limited starches and fruits only seasonally, or with pretty much nothing but meat and animal fat most of the time?

Start there and go with how you feel as your first and primary authority. It’s a process. There is great variability, so you may be more adaptable to one macronutrient mix than another, or, it may not make much of a difference. Some are going to feel better on high carb, and some on zero carb, and some in-between.

So HED was an intriguing idea, but the guy was promoting the eating of lots of junk, like bean burritos from Taco Bell, pizzas, and so on. I’ll remind everyone again. I had two gum surgeries in 2000. They were rotting away. I had been on OTC allergy meds since teenage years and prescription ones since college. While in France I even did the scratch tests and undertook two years of increasing strength subcutaneous injections of allergens to stimulate the immune system, as I understand it. Unfortunately, that was paid for and administered by the French navy and when I left, so ended the treatment. It seemed somewhat beneficial but I was very soon back on the meds.

Fast forward to 2008, after more than a year of being off grains and when I had skipped not only one, but three successive quarterly hygienist appointments at the dentist. I hadn’t been in a year, and not only did they find no advancement of my gum disease, it had actually reversed to readings even better than the early 90’s. Oh, and I hadn’t taken an allergy pill or nasal spray for months, and I still haven’t.

Fast forward to a month or so ago when I began seeing Matt Stone show up in comments here and there. One thing to another and I thought it would be a good idea to pay attention. We’ve tweeted each other back & forth a bit and agree that we agree far more than we disagree. That hasn’t changed. I’ve made my readers aware of his work, he has reciprocated. Fine & dandy.

But this, a comment posted on Diana Hsieh’s blog, is simply an outrage that I will not tolerate from anyone (emphasis added).

I’ve studied this as thoroughly as anyone. I actually believe that low-carb diets in general ameliorate one of the symptoms of a low-metabolism, which is insulin resistance. Seems that the body’s natural response to a low metabolism is triggering fat storage. But, ironically, a low-carb diet is counterproductive for actually healing the core of the condition. This is why guys like Richard and jimmy moore have low body temperatures and corresponding health problems. You can even see the edema in Nikoley’s photos – in the cheeks and eyes.

He is absolutely full of shit and nobody could be fuller of it.

Most importantly, I cured the one thing most important of all: Hunger. Matt seems to think that body temperature, specifically low body temperature, is the Holy Grail for solving all health problems. Maybe he’s right; I honestly don’t know. But, you can talk body temperature all you want, and if you’re chronically hungry all the time you’re not going to make it. And BTW, if you think you know what your core body temperature really is, you’re probably fooling yourself:

Those are some pretty damn large ranges and some of you are out there talking about changes in tenths of degrees… And on top of that, how do we know normal is necessarily 98.6F? Has anyone done readings on wild humans? But as in diet and other health factors…as in enormous differences in vitamin D absorption, tolerance to toxins like alcohol, cholesterol levels and a host of other things, I suspect that there’s some range of body temperature that’s normal for most people and that probably even those ranges can vary by individual.

So, now & finally, on to "edema." That is so absurdly ridiculous; no, effing stupid — and downright rude — that I’m not even going to address it except to post some recent photos and comparisons for you all to judge for yourselves (and perhaps to weigh this when next Matt Stone comes around with his various assertions). 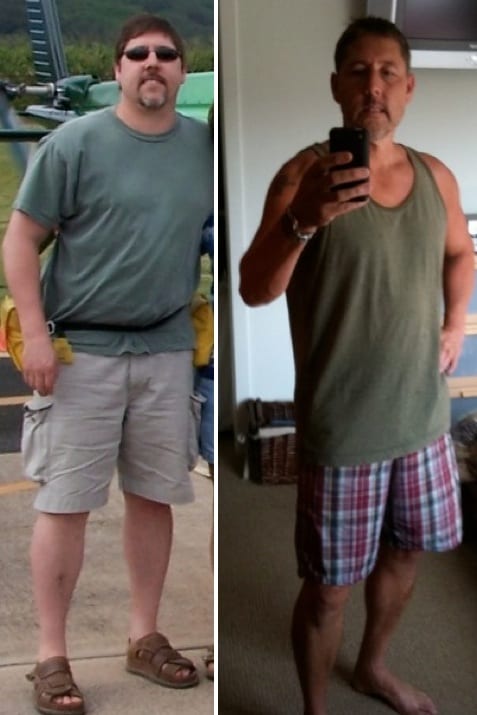 Here’s a face shot from the same trip and right now, in my office, and my tan has left me 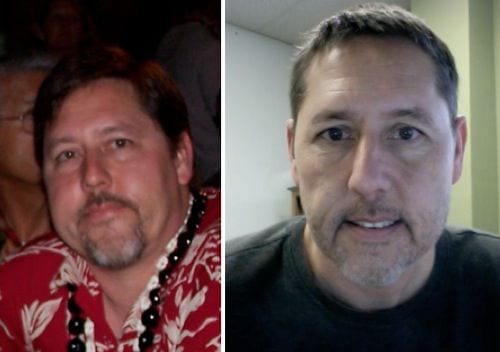 From a late September ’09 camping trip. Oh, look at that health plagued poor guy. Oh, Matt Stone-san, can you please come to my rescue? 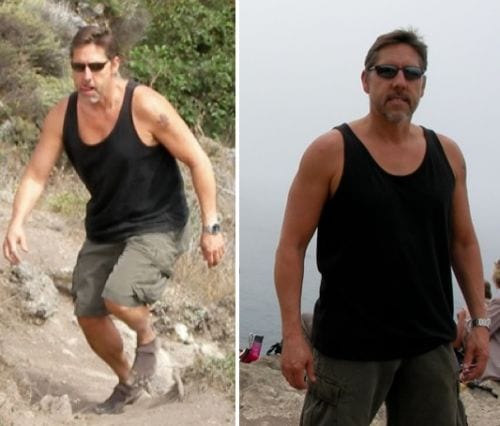 What a picture of poor health. I need help! 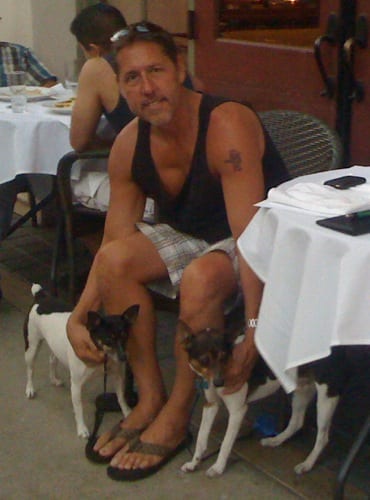 Can someone please help me???