Right off the bat I have to thank Dr. kurt harris for alerting me to this simple — and therefore — elegant and powerful idea.

What do all diets have in common and is that which also serves to differentiate all of them from paleo, primal, evfit? Whether you’re low fat, low carb, Mediterranean, South Beach, Ornish, Weight Watchers, or what have you, you will be engaging in Seeking Behavior. That is to say, you seek to eat things the diet prescribes and hence, you end up with low-calorie, low-fat, low-carb, or some "exchange" level foods that can be composed of almost anything and everything, with some exceptions. Eat whatever, so long as it falls within the range of calories, fat, carb, or protein you seek. Some are purer than others, of course.

And Paleolithic man also engaged in seeking behavior. As a rule, eat anything and everything edible that satisfies hunger.

Then agriculture happened, followed by chemistry and industrial technology, and we have the emergence of all sorts of "foods," chemicals and synthetics paleolithic man never experienced. Those of us who practice a paleo-like diet do so implicitly or explicitly on the basis of a precautionary principle: foodstuffs that weren’t around during the vast majority of our evolution might be less nutritious, less optimal, even harmful. On a practical level, most of us follow paleo because we’ve seen our own results with our own eyes and we know how we feel.

But seeking is the wrong sort of approach in my opinion; or, at best, is less advantageous than the alternative: Avoidance Behavior. You see examples of this everywhere. Those new to this dietary approach often find themselves befuddled and lost because they see "meat, fish, fowl, eggs, natural fats, veggies, fruits & nuts," but then feel like it’s devoid of variety — it’s foreign to them: the Real Food we evolved eating exclusively. Where’s the [insert dietary prescription] pizza, Hot Pockets, sodas, ice cream, fettuccine Alfredo, chicken fried steaks, cakes, cookies, fucking Cinnabon and on and on?

Where’s my damn garbage? And it’s even worse because the collateral casualty of the modern industrial social and health genocide known as processed & fast food is that families don’t eat together and they don’t eat together because they eat outta fuckin’ boxes and packages, for shit sake. How in holy hell did it come to this?

Alternatively, how about, simply, "avoid Neolithic foods;" primarily grains, sugars, and vegetable/seed oils? Avoid anything processed. Everything else is fine and the macronutrient ratios, i.e., high vs. moderate vs. low carb is up to you to determine and so you have far more flexibility and options. High fat or moderate or even low fat is up to you. I’ll go out on a limb and say that high fat, low to moderate carb, and low to moderate protein in ratios sufficient to sustain you is going to end up being the best way to go for most — but admittedly not all. And you’ll learn that it’s not Real Food that’s foreign but garbage that’s foreign, and you’ll also learn or rediscover cooking your food and your familial situation will be the far better for it, I guarantee it. paleo is a health advantage on levels that go beyond diet. It’s going to be good for your marriages & families too — though you might have to introduce things gradually if you don’t get family support. Keep plugging away. Find the Paleolithic foods your family members love. Don’t give up, and don’t give in. 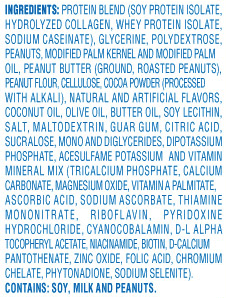 This is what makes paleo unique, even in contrast to a vegan diet which offhand is probably the closest thing other than paleo to avoidance behavior (avoid all animal products and derivatives). vegetarians long ago went the route of seeking behavior and now you can fill a supermarket isle with vegetarian junk food. The vegans are going the same way, in my observation.

And some paleos have also drifted more toward seeking behavior. I’ve been somewhat guilty of it (paleo pizzas, biscuits & gravy, chicken pot pies and maybe a few other things). Don’t get me wrong. Those are all concoctions made from real foods and they’re fine in terms of health. Not especially so for some of the other things I see people doing with massive amounts of almond flour and fruit. But, is it possible that an overemphasis on finding paleo-compliant substitutes for neolithic goodies just perpetuates the cravings for those foods long term?

The very unique thing about paleo is that you really can’t come up with a line of paleo junk. By principle definition, it excludes neolithic agents, and junk food is almost exclusively composed of neolithic agents including all the stuff you see to your left in this low-carb bake mix.

Dr. Kurt Harris, in a post entitled Smoking Candy Cigarettes recently talked about this specific aspect of what he sees out & about on the blogs.

Would it not be better to train your kids, and yourself, to avoid Neolithic food by the simplest expedient there is? So simple a child could manage it?

Something as simple as a simple rule.

What is the point of all this? I just don’t get it, and I don’t think it is because I am just too lazy to make this stuff.

It’s easy to make fun of commercial junk in a box like “low carb” pasta, zone and atkins bars, etc. All stuff that may be gluten free or have sawdust in place of of high GI starch, but whose real reason for existence is just to appropriate what should properly be freestanding, honest, real food back into the maw of corporate big-agra commercial interests.

In conclusion, notice that the principle of avoidance behavior can be applied to other aspect of the paleo path.

– Avoid eating when not hungry as opposed to "go x hours between meals."

– Avoid carrying around enough effing Tupperware for six small meals per day as opposed to "eat x number of meals."

– Avoid excessive risks as opposed to "be safe."

– Avoid staying up too late when you have to get up to early.

Can anyone think of other paleo examples of contrasting avoidance behavior with seeking behavior?