I think it’s time to expose some serious hypocrisy on the part of Matt Stone. I take no particular pleasure in it and frankly, had reservations about doing it, so sent out some email probes to people whose opinions I respect and received unanimous encouragement to move forward. One of the rules I try to follow is to save my ire for the truly bad stuff out there. I think it’s counter productive to fight with people who are largely on your side.

But is Matt Stone on “our” side at all? As always with what I’m going to reveal, you be the judge. And, you know, I don’t follow him on Twitter anymore but when people alert me to stuff like this…

…I just have to shake my head. Hyperbole, much? Here, check out all the people whose metabolisms have been destroyed.

First, a little background. Way back when, Matt Stone and some of his readers began showing up in comments promoting something they were calling the “High Everything Diet.” I believe I called it right back when I blogged about it: HED: High Everything Diet (If eating garbage is your problem, just eat more of it).

Fast forward to a couple of months back where suddenly, Matt Stone was all over the place in comments on various blogs I follow, and here too. He reached out to me and we began some correspondence. Well, then it resulted in this nonsense: Richard Nikoley has a “Low Body Temperature” and “Edema?” You be the judge.

Even at that point I was prepared to let it slide and just move forward. Until this.

This e-mail sent to me the other day by a prolific paleo blogger that was tired of being sick and infertile and decided to abandon her Paleo ways says it all. My kudos to Mark Sisson. His “Primal Challenge” may just be the thing that solves this population problem, saving mankind from walking over the edge of the overpopulation cliff. And the best thing about it is that the metabolism slows down so much that delayed stomach emptying can still give women the satisfaction of feeling pregnant even though they are far from it! […]

Please, for the love of the planet – its resources, and more, please leave this blog immediately and seek the sage advice of the real heroes of humanity such as Mark Sisson and kurt harris… and dare I say Richard Nikoley – a guy who lost weight exercising, fasting, and eating a low-carb diet to the point where he has become the almighty guru of everlasting health and a sustainable planet!

I decided that Stone had simply been duplicitous all along in an effort to elevate himself above those who have earned their readership and influence through consistent hard work and proven results for many over significant time. But rather than create a raucous over it, I simply chose to ignore him and, above all, to afford him no aid whatsoever in promoting his efforts.

And then he attacked Jimmy Moore: Poor Poor Jimmy Moore. I don’t know about you, but this sort of fake compassion makes me want to vomit.

Jimmy is such a good guy. It really is upsetting to see Jimmy digging himself deeper and deeper into the low-carb dungeon. But Jimmy is trapped.

Even still, I just shook my head and let it pass. Jimmy can defend himself and on top of that, the only reason people know of Jimmy’s difficulties is because he’s meticulously honest about reporting everything, with photos to boot. And that includes his successes too, like the 20 pounds he’s taken off in the last two weeks following a dietary regime prescribed by two low-carb doctors who actually treat real live obese patients.

Then, a few days back a reader tweeted me with a link to one of Matt Stone’s recent videos asking, “Ya notice, Matt’s lookin’ puffy faced. Hope his thyroid’s okay….” So then I began to wonder. If you go to Matt’s blog, what you see on the header is a photo of a young man who, while not ripped is certainly lean & healthy looking. On a lark, today, I set out to compare a photo from his main website with a screen clip from that video. 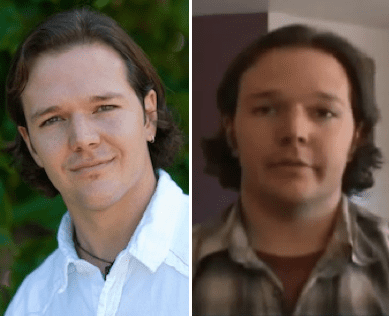 Matt Stone Before & After

Looks like a carb face to me. Ok, but what if the video image through compression just makes him appear that way. You know how they say that TV puts 10 pounds on you. Benefit of the doubt? So I checked something else, his recent video on making Steak Tartare. First, let’s look at another image from his blog demonstrating a perfectly respectable flat tummy.

And here’s a screen clip from that video of an entirely recomposed tummy. 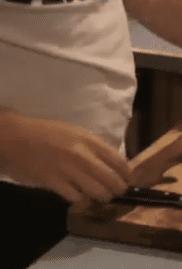 Now, in case you think that’s just catching him at a bad moment, represents a bad angle or whatever, then watch the whole video and see if that isn’t entirely fair and representative.

If this is the way Matt wants to go about pursuing “health” then it’s really none of my business. Notice — unless I’ve missed it — that he’s not much into talking about LDL particle size, vitamin D levels, systemic chronic inflammation often signaled by “carb face,” coronary calcium scores, etc. That’s fine too. But dishing out uninvited “health” advice to fellow bloggers when he seems to have some “metabolic” issues of his own? Or, is it just that High Everything Diet (HED) is really Too Much Food (TMF)?

I’ll finish by saying something nice. In spite of the apparent hypocrisy, he does seem to at least be following his own advice. Question is, do you want to follow it? Or, perhaps you can do just what he said to do in that quote above and “…please leave [his] blog immediately and seek the sage advice of the real heroes of humanity such as Mark Sisson and kurt harris…“ 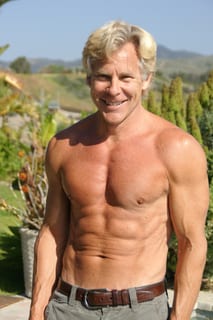 Well, I guess he did mention me, too. I still have more “metabolic destruction” to go in order get to the kind of metabolic havoc Mark & Kurt have wreaked on themselves. I’ve done about an additional 7 pounds of harmful metabo-destruction since this photo was taken 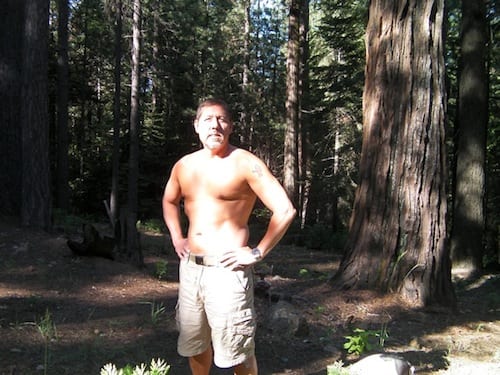 Update: the Modern Paleo Blog weighs in on the matter.