I got a question in email this morning from reader Benjamin.

I’m traveling Europe for a couple months as a college graduation gift, and I’ve been doing a lot of walking, some bodyweight and sprint workouts at pubic parks, and my eating has definitely been sporadic, much like intermittent fasting.

My last meal was about 8pm last night, and today around 1pm I went to a "Whole Foods" type market in Amsterdam and ordered a whole rotisserie chicken for 13.50 euros. That’s like over $15 in the U.S.! Amsterdam is really expensive. Anyway, the chicken came with either french fries or potatoes. I can’t remember the last time I touched either, but since the place seemed to source only organic vegetables, and I’m hoping they only cook using real fats, I decided that I should eat the potatoes. I mean I need to eat something. Yes, I could have just ate the chicken and refrained from the potatoes, but I never "splurge" or "cheat." I noticed that I was pretty full after eating the potatoes and chicken, rather than just the chicken.

Why are potatoes not "paleo?" Is it because they have a higher glycemic index than other vegetables? Is there a difference between consuming potatoes, rice, quinoa, or do they have the same impact on our immune system? I’m pretty sure I’m right when I say potatoes don’t contain gluten.

Nope, no gluten. They’re a root vegetable that’s low in fructose, high in starch (the best way to get into the moderate carb range) and while having a high GI, have a very low glycemic load (see here). Sure, probably sweet potatoes and yams are better as more truly ancient and paleo, but I just can’t get worked up over it. I use both with reasonable regularity; that is, 2-3 times per week, on average.

I highly recommend taking a good read of Don Matesz’s 4-part series on Primal Potatoes (Part 1, Part 2, Part 3, Part 4). While Don’s emphasis is on the sweet potato and good health, he’s certainly not condemning the white potato as far as I can tell.

Now, here’s three of my own recent meals (last two dinners & yesterday lunch) which, vary somewhat from normal fair because of my "getting ripped" routine. However, I cannot yet divulge any specifics about the program. But I can tell you it’s working — working fast and working big. 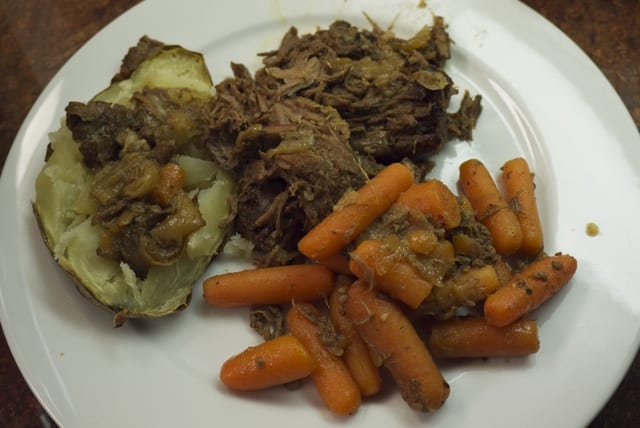 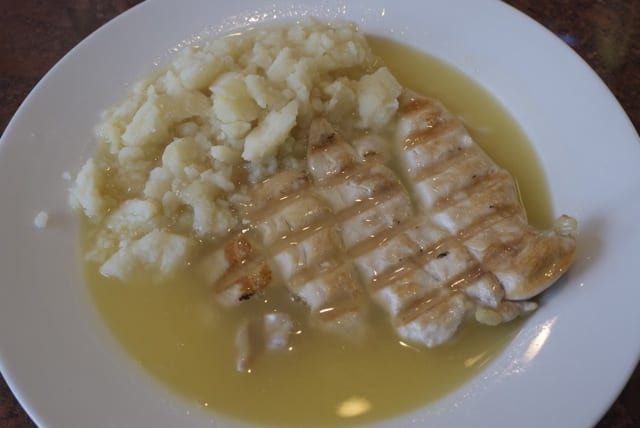 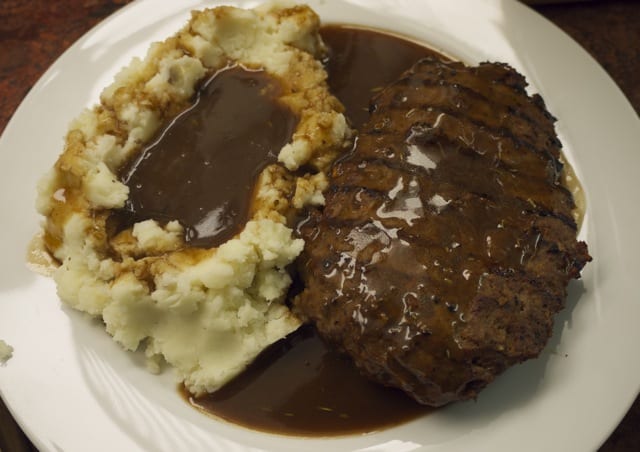 The "taco burger" is simply adding a whole lot of taco meat spice to your ground beef. So, given that potatoes and other starchy Real Foods are…uh…Real Foods, the thing to do, simply, is to incorporate them in your diet if you like them, and see how you do.