Russell Crowe: Back in Shape

I went to see Russell Crowe’s new film Robin Hood yesterday. Reasonably enjoyable film, a sort of prequel where the story is about all that took place leading up to his "outlaw" status, so stand by for the sequel. At any rate, some weeks ago when I first learned of the film by seeing the trailer, I recall thinking to myself, ‘thank God Crowe got a role forcing him to get back in shape.’

There’s a few other male celebs out there not fairing so well (HT: Diana), though that collection is missing two of the worst: Val Kilmer and Alec Baldwin, though I think the latter is finally losing some of that fat. But anyway, here’s how good and bad it got for Russell Crowe, Gladiator (2000) and in 2008 when he was doing roles like Body of Lies and State of Play. 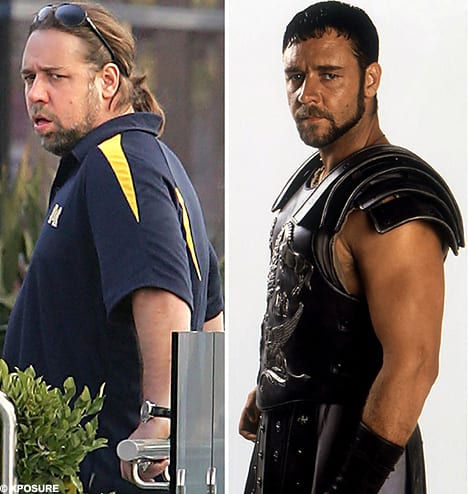 Russell Crowe After and Before

And now, pretty much back again. Good job. 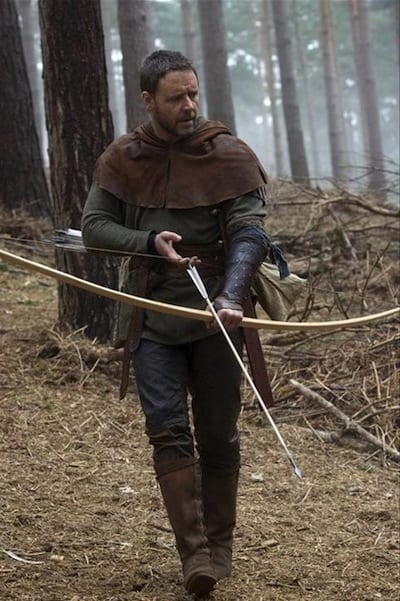 There was a shirtless scene in the film. Weird I couldn’t find that anywhere, and while he wasn’t sporting six-pack abs, his abdominal muscles were clearly in view and he otherwise had excellent form & definition. Again, good job.

I attempted to research how he did it, but there’s not a lot really specific. Of course, all the speculation always focusses on his "workouts." Bullshit! That kind of transformation simply has to happen, first & foremost, in the kitchen.

According to this year old interview with Matt Lauer, Crowe says he was already in the process of losing the weight from Body of Lies when he accepted the role for State of Play and had to halt the loss for that.

Well, on the other hand, here’s one that briefly mentions diet.

…while 45-year-old Crowe has worked hard to get himself into the kind of shape he was in for his Oscar-winning performance in Gladiator. The muffins and cheeseburgers he is said to have gorged on for Body of Lies have been replaced by peanuts, apricots and porridge and Crowe has also been on a daily cycling regime.

And well over a year ago, Ridley Scott got it completely right.

When asked if Russell Crowe could ditch the weight on evidence in Body Of Lies (and to be fair, it seems to be Crowe’s usual condition these days), Scott replied: "Oh that is silly. All that stuff is bullshit. He is going to be totally fit. That is not a problem at all."

Well what a relief. Crowe is really a top-notch actor and I’ve always liked his work. I’d been well aware of him getting all fat but wasn’t aware of whether he’d just let himself go or had been doing it for a role. I guess it was really the latter.

So, all you paleos and low-carbers, what amount of money would it take to get you to do that to yourself?