Yesterday we had some friends over, plus my parents and as I’ve said before: there’ll be no bread, pasta, rice, beans or other such cheap fillers but I’m gonna fill you up with meat.

So how about this? Click for the high res version. 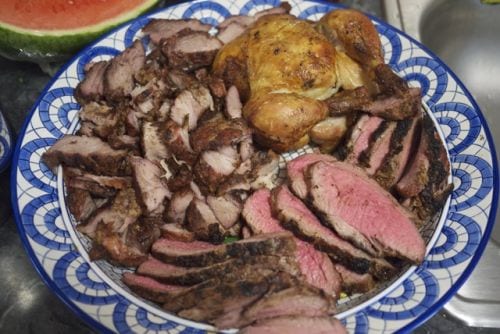 Actually, the chicken is roasted is the oven, freeing up the grill for the tri-tip and the country style boneless ribs. On the side I had SOGs excellent paleo BBQ sauce made with my variations (including a whole jalapeno pepper, this time). I first detailed the process back here. I improved on the process this time. I first essentially boiled the garlic, onion and pepper in a cup of the beef stock until the ingredients were completely soft, and then I blended it all into a puree into which I added the tomato paste and the rest of the stuff. Came out nice. It blows my mind that the chief ingredient in nearly all commercial sauces is sugar (HFCS, usually). Below is about 2 1/2 cups and it has 2 tbsp of molasses. That’s it. 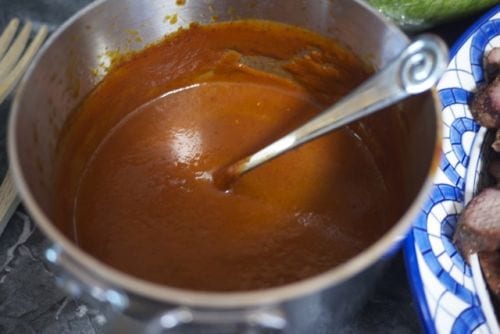 Other items on the menu were a simple romaine lettuce salad with parmesan cheese, EVOO, apple cider vinegar & citrus. Dessert was a platter of watermelon, red grapes, strawberries and black plums.

For drinks I did Paleo mojitos. Basically follow the standard recipe and substitute coconut water for the cane juice. That way you end up with a slight sweetness but nothing like a typically over sweet mojito.

That was mid afternoon (first meal of the day for me) and by about 9pm I was a bit hungry, thinking about describing my omelet preferences earlier and so decided to do a 3-egg toasted onion omelet. Here’s how the onions ought to look in butter and on low heat (be patient) when you toss in the eggs. 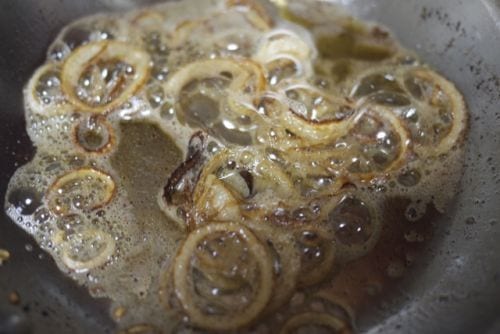 And then you toss in the eggs and do your omelet thing (I prefer using a fork, particularly in a non-stick pan). Here’s a photo just before the flip. 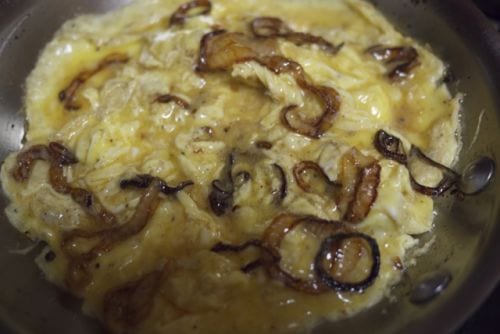 I was so anxious to dig in that it appears I forgot to get a final shot.