Hurry Up and Ship My “Major Award” Willya? 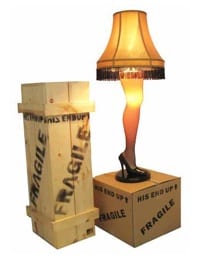 I’m sorry, folks. I can’t help it. I’m helpless against continuing to make fun of the sugar addicted, essential fatty acid and protein deprived brains of The Vegan Menace.

I mean, c’mon; what am I, some slave to every silly pronouncement? Well, perhaps. Someone asked in a recent comment why I bother. I guess I just imagine some engineering, math, physics, or biology student in their dorm room a bit depressed about not being in the in crowd of well-off "vegan" guys and gals — old and resilient enough, but still young enough, and fueled enough, to coast, nutritionally — and with the luxury to spend that nutrition on a slowly wasting body and mind. Oh and don’t forget about the sexual benefits of really being "in."

I can’t help but wonder if at least some of those Googlers don’t read my stuff — and the logs indicate they do — concluding that, they don’t, after all, want to be associated with such simple mindedness — sexual benefits notwithstanding.

That English grad hottie — who can seemingly agitate Dr. Campbell and all his sycophants in her sleep — Denise Minger, just emailed me a heads-up link to those to whom I refer as "the gone bananas people."

by Jason Gibbins 7 hours ago

Funny story about how I found the place. I’ve been following the crazy attacks on Dr. Campbell’s work by this cute little English Major I’m sure you’re all familiar with, and found that they are not just attacking The China Study, but anyone who supports it! And 30BaD is at the top of the list! Something you guys should be very proud of.

I love this term "blog bandits". I’ve been doing this for years before I ever knew there was such a name for it. I am presently beginning to start a major operation against this blog:

They are one of the ones you listed above, and I think, based on google results, one of the biggest culprits in this entire attack on the China Study and fruit-based veganism itself. If you look at the comments section, you can see what idiots they are. I am sure you have already realized that the blogs newest post is a direct attack on this forum, with all kinds of childish name calling:

I say we get in there and really put out the info, and make them look twice at their carnivorous madness!

I don’t know about you, but I "look" at my "carnivorous madness!" at least twice per day, unless, of course, I eat three meals. But as we know, the nutritional density of "carnivorous madness!" tends to curb hunger for very long periods — sometimes 24-48 hours, especially after one of those 3lb binges of red meat and animal fat goodness.

But the real reason I blogged this was to tender a reference. For some reason, the instant I read — well, after I picked myself off the floor laughing, that is — "I am presently beginning to start a major operation against this blog" my mind flashed to that scene in The Christmas Story where Mr. Parker wins a "Major Award."

Here’s the clip on YouTube for your unabashed comic amusement.

Well, as I said, I can’t help myself. Is it unfair? Probably, what with the brain shrinkage association with veganism & all. I dunno. What do you think? Ought I treat Jason Gibbins, self described "male, hunk" and the "brainchild" of this forthcoming "major operation" with a bit more sympathy?

Oh, and one more thing. I suppose now that since Free the Animal is going to be ‘under attack’ in this "major operation," I "should be very proud." The vegans feel so very threatened and of course, that must mean we’re right.