Primal Fuel: What’s all the Fuss? 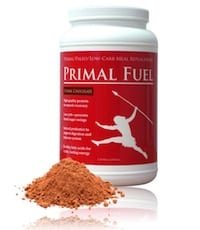 You’d think Mark Sisson went out and came back peddling rice cakes with a heavy load of gluten flour mixed in for chewiness; and soy for protein – all topped off with a sugary glaze.

Don’t believe me? Well, I’m sure some of you have seen his announcement, but you may not be aware of the deluge of negative comments.

Plenty of whinny, I’m-entitled, victim-mentality comments remain with only some of the most egregious ones having been removed. It strikes me that there may be a certain odd psychological thing going on, when I see this sort of thing. It’s so easy to slam and tear down that which others have produced. It’s like this sort of fake way to elevate one’s self and fake self-esteem all at the same time.

Then there’s the raw ungratefulness of it. These are people who’ve been benefitting from Mark’s voluminous free information and primal recipes for a very long time. Now, of course, they have no more obligation to purchase this new product than to purchase anything else Mark sells such as supplements, books, seminars. I guess that in conjunction with no obligation associated with all of Mark’s free stuff and giveaways, Mark was yet obligated even more to provide them with the perfect powder product at the perfect price. Anyway, it seems to me that if you partake of all the free stuff and opt not to pay anything through product purchases, the very least you could do is to keep quiet about what you think of the products you haven’t even purchased.

…One commenter — get this — was “in tears” as she was writing to complain.

I don’t get it. He went and designed a product to replace an eight year old product that contained soy and quite a helping of sugar. Look, I think we can all agree that whey powder isn’t paleo, nor, even, coconut milk powder, if you get right down to it (processing). Nor are quite a lot of things caned or packaged to preserve them so we don’t literally have to have every single thing fresh.

But as far as I can tell, if you decide to use whey at all (non-Paleo anyway), this is a pretty decent way to get it. Very few ingredients, the main ones being the whey itself and coconut milk powder. As such, it comes in at like 45% fat, 50% protein and 5% carb (nutrition facts).

The price is the price. It just is. Mark did tweak with the original deal a bit, that included his probiotics and now doesn’t. Quite a different comment thread there.

From my perspective, I did have the advantage of being a taste tester for both flavors (and I have a can each of the release product). I do use whey powders, usually about three times per week, 1-2 hours after a workout. This is the best tasting product I’ve ever had because it’s just a tiny touch sweet and has a rich mouth feel owing to the substantial saturated fat (I don’t have to add a raw egg or cream — but I can). Yea, you can add coconut milk yourself, and I have, often, but this is a lot more convenient for taking along somewhere and mixes up well with just water.

So just for the record, I haven’t a problem in the world with someone who decides this product is not for them, for whatever reason. I do have a problem with the insane vitriol demonstrated in that comment thread, directed at someone who has done much for the primal / paleo advance toward greater exposure and public credibility.