According to Martin Berkhan, "Richard is a skilled practitioner of meat mastery."

Well, let’s see; you be the judge. We had early Christmas yesterday because some family members are out of town next weekend. I decided to do a boneless prime rib roast. 13.5 pounds. Here we are, ready for the oven. Click all images for the hi-res versions. 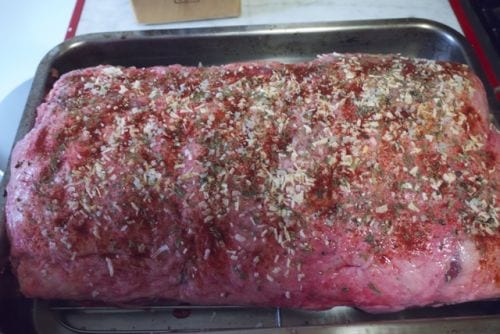 I don’t like the heavy herbs & spices you often get crusted on prime rib in restaurants. For this, I merely brushed it with olive oil and then sprinkled with garlic powder, onion flakes, parsley, paprika and some grey salt and coarse ground pepper. 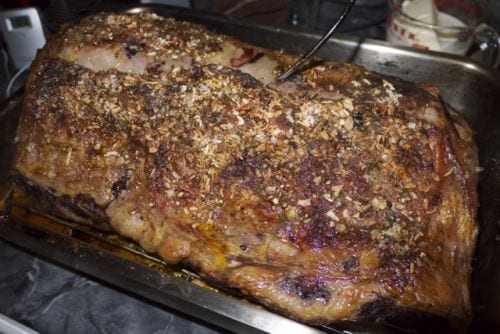 In the last hour or so I kicked it up to 130, then 135 in order to arrive at my ultimate goal of 127-128. Unfortunately I was so intent on digging in I didn’t pay too much attention to lighting and got a bit of a blurry image. But at least the red meat is red, as it should be. 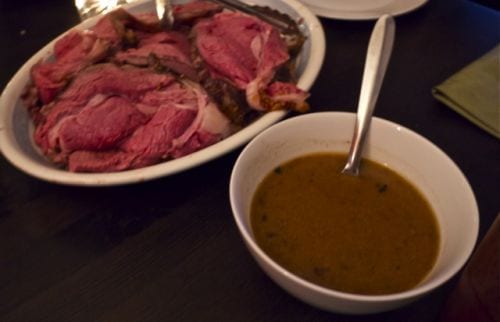 The sauce is simply your typical drippings. Cooking so slowly and low, there was no appreciable fat in the pan, just juice, so no need to separate. I just removed the existing juice to the stove top then deglazed the roasting pan with a cup or so of stock, then combined. It was very and deeply intensely beefy.

We ended up with a good 4 pounds or so leftover. I just lopped off a slice to have later and here’s how she looks right outta the fridge. 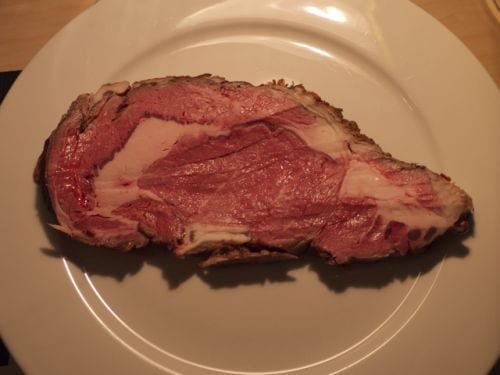 So whether it’s "meat mastery" or not, it’s certainly good enough for me.