Last night was the boneless, pastured pork leg which I did dry in the crock pot. Click ’em for hi-res. 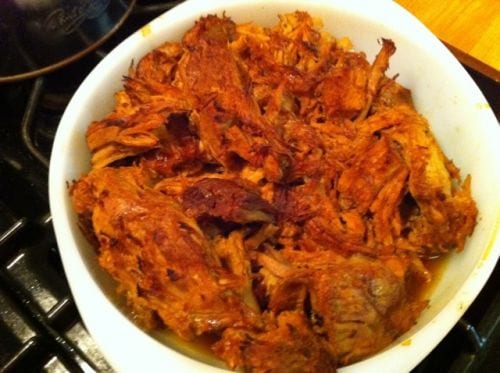 Simply set it in there, sprinkle with salt, pepper & garlic powder and keep it on low for the hours it takes to get pull apart tender. It was pretty lean so the bit of fat & juices had dried up, so next step was about a cup of chicken stock to deglaze & moisten things up and then let reduce to intensify the flavor.

The last step is a few minutes under the broiler to crisp up the meat a bit.

Now, in spite of those rabid vegan fuckwads led by Dr. Neal Barnard fraudulently posing as the "Physicians Committee for Responsible Medicine" and naming it one of "The Five Worst Cookbooks of 2010," my mom is a big fan and user of Mark Sisson’s The Primal Blueprint Cookbook: Primal, Low Carb, Paleo, Grain-Free, Dairy-Free and Gluten-Free.

The Primal Blueprint sets back evidence-based nutrition nearly 2 million years with its meat-heavy diet. Along with artery-clogging “Paleo” recipes for Primal Pot Roast and Sausage Stew, this book includes an entire section of cholesterol-laden recipes for offal—entrails and internal organs. The authors say recipes like these are ideal for followers of Atkins and other low-carb diets. But a recent study funded by the National Institutes of Health found that a low-carbohydrate diet based on animal food sources increases mortality risk from all causes, including cancer and heart disease.

Notice how they have to actually spell out what offal is to their B12 and Creatine deficient sycophants. What a bunch of opportunistic and shameless liars who ignore the natural selection that made us who we are. Veganism is merely a religion and as such is Not Even Wrong. Update: Sisson responds in a press release. Update 2: It had slipped my mind that both Denise Minger and Chris Masterjohn annihilated that stupid study cited by the PCRM here and here. 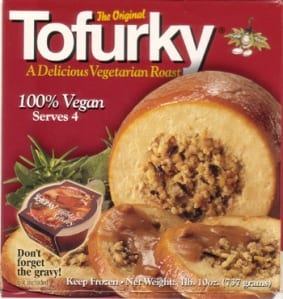 May Rudolph piss all over their Christmas Tofurky. Jesus what a bunch of twisted dipshits. On the other hand, it is Christmas, so I can’t help but give the poor souls some well intentioned health advice: Eat Shit!

Back to our regularly scheduled programing, mom had told me that one of her favorite recipes is the braised cabbage so, when I was wondering what to have with the pork, that came to mind. Unfortunately, my copy of the cookbook is back home so I gave mom a call in Houston where she’s visiting my brother and she gave me her recollections of the recipe. 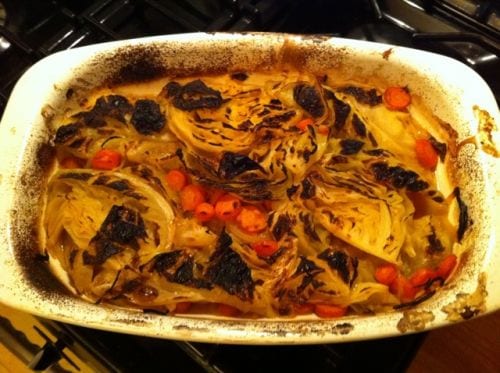 First you cut the cabbage into wedges, place them in your baking pan, and sprinkle on some sliced onion and carrots. Then I drizzled it with 2-3 tablespoons of bacon fat, doused it with about a cup of chicken stock, covered it with foil and took it to the oven at 325 for an hour. Then I removed the foil, carefully turned everything over, covered and put it back in the oven for 45 minutes. When done I fired it under the broiler to get some singed and burnt bits. There were four of us and we killed every last bit. 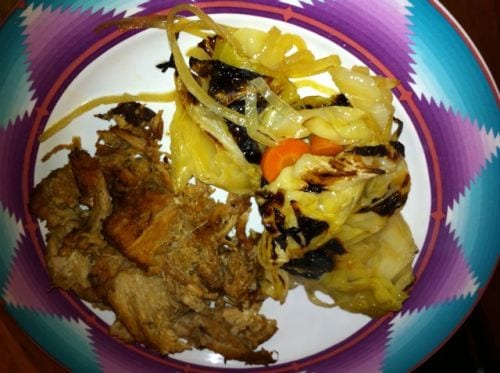 Merry Christmas everyone, even you brain damaged vegans. And with that, I’m going to start on breakfast. I think I’ll fry up some potatoes in bacon drippings, eggs fried in butter, all together with the huge batch of chili verde that went in the crock pot after dinner last night.