Amazing Fat That Does Not Come From an Animal: Euphoria Olive Oil from Peloponnesus

FAT: delicious fat; light, but subtly peppery. From olives; not animals. But in spite of bacon’s stature in taste, this one hasn’t a thing to be ashamed of. Quite to the contrary.

…It was December, 1991 when, as a US Navy exchange officer and navigator of the French missile destroyer DUQUESNE (pronounced kinda like: Duquain), we pulled into port at Patras, Greece on the peninsula of Peloponnese.

And after a few days of doing the standard Greek thing of going to eat dinner at 10-11pm (restaurants are empty until then, even on weekdays) and being shit tired the next day and absolutely needing the 12-4pm siesta break that describes the Greek way of life which is essentially, in my estimation, two days in every one, three other officers from the ship and I decided to rent a car and trek.

Olympia is on that peninsula, so that’s where we headed. As I recall, it’s quite mountainous and along the way near the top of one summit or the other, we came across the typical Greek rural restaurant…some family’s home, with a dining hall attached.

…I must first spend a moment telling you how much I love this. My first experience had been another trip, to Athens. You don’t get the same sense of rural Greece, there. But again, a different ship (Le COLBERT — pronounced like the comedian), a different set of officers and we set out in a rental to the outcropping of Corinth. Having attended divinity school I’d have expected something quite more substantial (actually visiting Biblical places will make you an atheist more than anything). We got there about 1pm to a literally deserted town in any important way. It was so empty and quiet that I had to wonder if Jesus might not actually have come again whilst we were on the road en route and typical, I’d just fucked myself in the last year, ’cause I was assured I’d be along for the ride before I became such a blasphemer. But what the hell, at least I was in good company…sure glad the driver musta been my kinda heathen. And after all, the city’s Biblical, so how could I hold any grudge that they all got raptured out?

Long story only a little longer: we found this family home / restaurant at the southern end of the Corinth canal and they served us a Greek salad, the equal of which I have yet to taste. Not even close. Not anywhere. Price, location, ratings irrelevant. This was the best ever.

Now back to the original story, we stopped at this rural home / restaurant at the top of this mountain with a wondrous view, and it was dead. No customers. Long story short this time, the family roused and prepared us a meal I still remember. Very simple — minimalist, actually — grilled thin lamb chops with essence of garlic & rosemary, drizzled in luscious olive oil. There were other things, but I still seem to recall only the lamb and the way it was prepared and so modestly presented.

…Uh don’t tell the FDA or local food service police, y’know, in this place that lazy, fat, complacent, slumbering "Americans" still ignorantly refer to as "The Land of the Free." It’s complete BULLSHIT! for anyone who has bothered to actually travel or live outside its borders.

We made our way from there to Olympia, getting there after noon and as typical, the town was desolate. But being a bit more touristy, there was a shop or two open — even a museum — as I recall. And of course, the original stadium…which is only really impressive if you consider the timeframe, and not the hype surrounding the Olympic Games. But al least we got to see the vestal virgins (I’ll bet) in white silk robes rehearse the lighting of the torch for the 1992 winter Games in Albertville, France.

…OK, Richard, is there, after all, any point to this post?

I’m glad you asked because we did have to get back to Patras, back to out staterooms on the ship. But not before a coupla more memorable encounters. The first was some ancient amphitheater high in elevation which I know only because I recall the snow on the ground. Anyway, it was parabolic, very well preserved, and there was a disc in the very bottom center to stand upon. We found that you could talk at normal volume and be heard in the cheap seats. Fun.

And then it turned dark and we were still on the road, now low on gas. And so it was that we came upon a rural station and filled up. This would have never occurred to me, a crude American lacking in culture, refinements and essential tastes. But the subject turned to olive oil, of all things. You see, while Italians may likely have turned up their noses in stubborn pride, the French are kinda like the Swiss in terms of olive oil neutrality. Or perhaps not, as I recall a few mon dieus expressed in describing the wondrous fruit of the region. 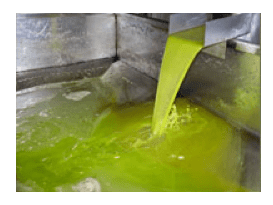 So we asked. It was mom & pop and present was the obligatory, pretty fat, nice old lady sitting inside. You could tell she finally understood by the ear-to-ear smile and before we knew it, we had in our possession two, 2-liter bottles of the most lime green olive oil you have ever seen in your life. And it was unfiltered: teentsy, tiny bits of olive colloidally suspended throughout. I described it at the time as "olive juice."

I don’t know how long we spent heading down the road whilst dipping our pinky fingers into those bottles, tasting.

I never, ever forgot it and to this day have always tried to source Greek olive oil. But kalamata olive oil is about all you can get, easily, and even that’s difficult though very worth it in my estimation. The Italians have really fucked us. Or, it’s those excessively late dinners and 4-hour naps on the part of the Greeks…

Whatever the case, I will go to my grave flatly asserting that Italian olive oil is rat piss in comparison to koroneiki olive oil and can barely, but not quite, hold its own against kalamata, my everyday oil.

And so it was on on a day last week while at the mountains when someone, somewhere on Twitter, linked to the wares of the The Konstantopoulos Family Grove in Messinia, Greece, that I immediately linked over, quickly ascertained what could be in store, and having a good idea of what I would rediscover, ordered six bottles without wasting any time.

…The box from Euphoria was sitting on my desk at the office when I returned today.

When I got home I was like a kid at Christmas, but this time, waiting on a rediscovery. I opened a bottle, poured a bit into a dipping cup, and tasted. And there it was: that, at once, sweet of fruit and hot of pepper — all at the same time. Now I’m energized for dinner. It will be no bone-stock based sauce tonight.

I peeled one clove of garlic, crushed it, and put it in the dipping cup along with about 1/4 tsp of dried thyme, filled it with Euphoric nectar and placed it in the oven at 150 to warm & infuse while I got busy. Then I made a standard dijon vinaigrette and pan fried a grassfed flap steak (bavette) in cast iron with just enough leaf lard to avoid sticking. When done, I drained it because I had other plans.

After resting, I sliced it, plated it, and drizzled it with my infusion, which I had strained after suitable time in the oven to pick up some of the garlic & thyme flavors.

Well, my wife Bea, not a huge meat eater, fought me for the last slice. And she won.