No Vegetables in the Way

Don Matesz has a different take on an aspect of Paleo-ish than I? Well, this means war! First it was the Johnsonian "War on Poverty;" then, the Nixonian "War on Drugs;" and then, we got used to always being at war with someone over something. We’re America, goddammit! We’d better be at War! Indeed, love is War. Peace is War. Life…is War.

Suppose I’ll have to head out to Phoenix, sos we can have it out — Don & I —  mano-a-mano, as I think they say it out in those backwards places. I mean…his post…on the heals of mine…

I’ve been dissed! Don dissed me!

Now, if what I was representing was mainstream media something, and Don, something else, equally mainstream…y’know, something like an abducted, likely raped and dead pretty young bond white  girl — and certainly not a black one (especially not black black – we prefer our mulattos), hispanic, asian — or my God forbid, a male….then even this little disagreement could take on national, yea, International proportions (so long as ad bucks flowed, news whore suckers).

Or maybe not. Will human nutrition ever take on a prominent stage, or is food-in-boxes the last real word and it’s really, going forward, only about treadmills? …The jury will now retire to deliberate.

Ok, so after a long prelude to a short post, I think Don wanted to use good science to defend a sweeping dismissal of vegetables, which I would support. I, on the other hand, simply used the article like a cheap whore to bolster my nagging impatience with those who can’t seem to say, "yea, my diet? Well, when I’m not consuming animal flesh and devouring livers, hearts, other internal organs and the cornucopia of varietals of animal fat, I’m doing my best to choke down a bit of spinach."

Now assuming that’s not hyperbole, which it certainly is, which is better?

And that’s my point.

And so, marriage seems appropriate and that’s why we’re always setting them up on our plates. And it’s a good marriage.

It’s just that sometimes, the guy like to be alone. 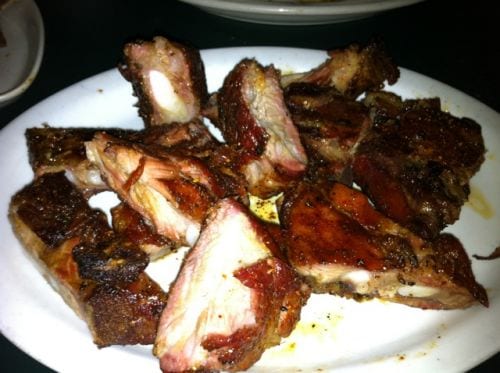 And sometimes, he likes to stray altogether, but in a light, tasty sort of way. 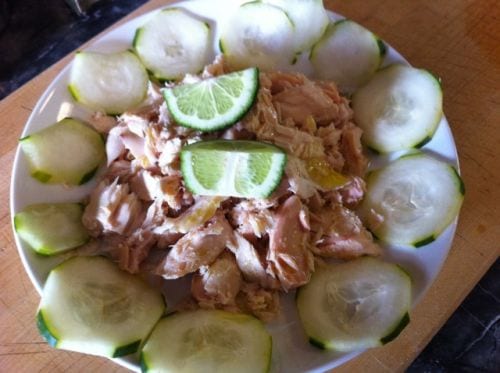 Inspiration for that later was provided by my main local bud, Robert Chon, with whom I, Bea and his wife Julie just spent the weekend in San Francisco. Robert will walk barefoot for miles on bare glass for just a lick of cucumber.

Did this piss you off, enlighten you or poke you in the eye? Tell your Facebook Friends & Twitter Followers. Button up top.