You Animal: A Primer to Freeing Your Inner Beast – The Preface

This is a preface to a multi-part series that I am excited beyond terrestrial measure to deliver. I’ll make it a very short preliminary story.

Just over a year ago I reluctantly posted about having gone six months using no soap or shampoo in the shower. Water only. I was reluctant because I thought I might get hammered even though I’m pretty in-your-face as a general rule, as those regular readers well know. But this was personal. I closed my eyes, gritted my teeth, did it anyway and to my welcome surprise, it was picked up by Boing Boing, then Fark, and within days, my blog went from getting 1-2,000 visits per day to more than double that, on average.

But OK, that was a random gift out of nowhere, right? That’s how I saw it, initially, and I didn’t do much about it. But my average traffic doubled to 3-4,000 visits per day and I’ve held onto that and have grown it over the last year. This end-of-year, I did an update and Boing Boing published it, and it got picked up by GIZMODO today. Traffic is astounding. Tens of thousand of visitors per day.

So now I’ll get into the meat of this. This focusses on the principals that guide the 3-4 posts to follow. …But I must deliver some bad news at the same time. The no soap or shampoo deal is at best 5% of the total equation and probably much less than that. I won’t be addressing it until the final post, as merely one of many self-experiments undertaken. just the way it goes and I’m sorry, but if that’s a disapointment, that’s what it is.

What do you think you really know?

I know you know a lot. So much so, you can take a lot for granted…not thinking about it in the least: you don’t guard your step out of your abode in the morning for fear of gravity having been repealed by the gods. You recognize water, instinctively — in the finest sense of a wild animal going back eons — and you drink without thought to consequence. You move about as you do on foot with natural confidence, and now, in machines…regularly in machines of potential lethal mass destruction; you do it every day, and that’s a big deal that you are left alone to contemplate…that important responsibility. Think seriously about that, the potential destruction you could wreak. …Yet you go about it in a relative quotidian trance.

It could challenge the mind, but it doesn’t, and it’s but one example; why it doesn’t is a simple thought experiment I shall leave totally unanswered because, by the end of this series, the answer ought to be obvious to all.

The very coolest thing about the “paleo” movement is that it is totally and completely awash in every sort of ideological persuasion you can imagine. Just spend a week reading comments on my blog. How in the fuck an atheist and anarchist such as I can have fundamentalist Christians, lefty commies, conservative Republicans, liberal Democrats, hippies, spiritualists, scientists, MDs, PhDs, evolutionists, anthropologists, creationists, and whatever and whoever else you can think of…reading, commenting, and largely being civil to one-another on some sense of common ground is to me, less of a step forward than it its a solemn responsibility to recognize, nurture, and keep alive. I’m impressed. I’m appreciative.

This tells me the same thing many have gotten and are coming to realize. We are onto something. It may be big. There is a natural allure. I think it’s complex, and the no soap or shampoo thing I think substantiates the idea that there’s some part of paleo that attracts everyone.

But why listen to me? Well, if you don’t know me you might ought have no reason in the world. You can read my About page. I’ve been around, lived around, done a few things. And I got fat. I fixed that to the tune of 60 pounds, got stronger, got off meds, and lots of other things including recently, a 325 pound deadlift at 50 years old. I went through a bunch of self-experiments to lose that weight, documented here.

I blogged about it. Gotta be more than 1,000 posts by now, since 2007. And eventually, it got some notice, with some help from my friends. I was interviewed in Der Spiegel. Shortly later, Macleans of Canada. A paid article for DRW Magazine. Then a radio interview in Canada. Jimmy Moore interviewed me on his podcast. And more recently, an interview with Healthy Mind; Fit Body.

Doesn’t mean shit if I’m wrong, and that’s all that counts. What it means is that a of of people are listening, and if I may suggest, these are not the people watching Entertainment Tonight. Nope. They’re people like you: on the Internet; slowly, but very  surely getting comfortable with the radical notion that…you’re on your own, but also that you have more knowledge at your disposal — at the tips of your fingers — than did kings and queens of old. But more than that: that you are competent to get it.

But how do you know? I mean: how do you really know? I’m going to submit to you a radical proposition:

It could be inconclusive, in which case you still don’t know…with the saving virtue of knowing that you don’t know. There’s a corollary:

And so here’s my scientific method throughout.

From the starting point of some guy; I read about, think about, study about, research about evolutionary biology in the widest sense. From that, I come up with ideas. I test them on myself. I see how it goes. I blog about it. Readers experiment. They report results in comments. Repeat.

There you have it. We’re all still waiting for the food and drug manufacturers to come give us big paychecks.

The theme will be my own self experimentation bolstered — and in a big way — by my thousands of daily readers who have likewise undergone the same self-experiemnts and have reported their results in thousands of comments.

And I am happy to report that the results have been fantastic, but that’s only because we gained the confidence to think for ourselves, experiment on ourselves, and tell our stories. But above all, readers here are generally in agreement that there’s something about the Animal, that we are him, and that when we respect our nature as such, good and interesting things result.

I will conclude with a stark example of self experimentation. If you don’t know where the tiny South Pacific island Nauru lies, don’t sweat it, because it seems to me that these dear folks have no clue where they’ve even been themselves. So here, let me show you where they’ve been. 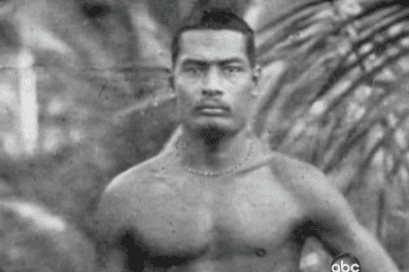 I Love My Pizza 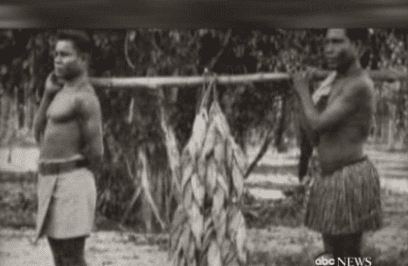 Just back from McDonalds

I just wonder: is this not one of the greatest controlled & randomized experiments ever? Consider that this is the smallest island nation in the world at 8 sq. miles. You can drive its perimeter in about 20 minutes, in traffic. Population is around 14,000, and it’s about 400 miles from the nearest commercial port from whence products may come.

In the 1980s they got a bit rich, owing to their phosphorous deposits going back to when birds first began to shit (a long time). So it goes full circle. The phosphorous is sold for fertilizer (“Fortified?”) that grows crops that are used in packaged & canned products that, now that the Nauruans have the income, can buy buy back, but for a mere portion of their original profit, including shipping two ways, processing, and packaging. As a consequence, relatively cheap canned and processed foods have entirely pushed out anything fresh. There are zero fresh vegetables, fruits, meats sold in the markets. You want it? Gotta grow it yourself.

That is an economic win-win, if I’ve ever seen one. In pure terms of econimic efficiencly, how can you not possibly marvel?

But there was a huge external cost that they could not have foreseen. So, this is never about rolling back the technological progress we’ve seen or the resultant economic efficiencies we enjoy as a result (more for less; basically), but about simply understanding our natures as biologically Wild Animals in all of this, in a zoo that for some reason finds it a mystery…how to properly feed us, (while all the while, regular zoos have not a problem in the same regard). Take what’s good and works. Leave the rest. And educate.

And with that, let’s get to the short video, about 8 minutes. Check those pictures above, again, and see what a 100% diet of canned, packaged, processded food can do to grandmothers, mothers, fathers, children. You see, the island is now known as “The Fattest Place on Earth.” 95% obesity. 50% Type II diabetes. Watch now.

And so this will be the touchstone and fiber that runs through the rest of my posts.

Update: Just one more reason to pay attention. Here’s the story of a man who linked over here from FARK on New Year’s Day, 2010, hungover, and to have a laugh. Then he proceeded to lose 65 ugly pounds.

Update 3/19/2011: This intended series has now been superseded by a “Hacker’s Quick-Start Guide” that will be published as a free eBook download by the end of March, 2011.