Some weeks back I noticed the blog of Julien Smith; the young, NYT best-selling author of Trust Agents: Using the Web to Build Influence, Improve Reputation, and Earn Trust. I noticed because, to ring in the New Year, he posted about how to lose 20+ pounds in January and it was quite Paleo oriented. I commented in reply to one of his readers making fun of his audacity to post about something on which he’s not a recognized "expert." Julien replied, indicating he’d often read my blog and extended me welcome.

And so began a dialog between us. Julien addresses some of the things we have in common in his guest post, below, so I won’t jump the gun. I don’t hardly ever do guest posts, there may be two others. I have guests posts when I find something I want on my blog — not because someone else thinks they have something I need on my blog (I get a lot of emails with guest post requests – most of which are absolutely ludicrous and don’t even get a response). So, simply, I began not only reading his blog but also began to read some of his recent posts. How To Recognize an Idiot signaled to me that I was indeed in the right place. And Stop being a fucking pussy told me to immediately book a guest post by this young, brash genius.

Everything I’ve ever had, I got through "fucking" 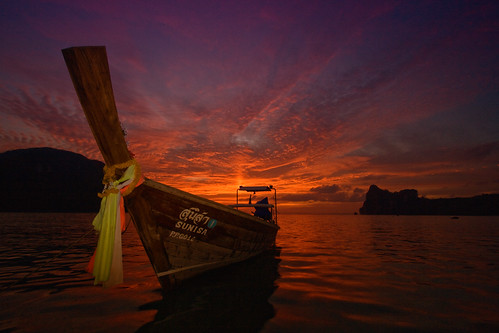 I really wish I was kidding. Sadly, I’m not.

I am a New York Times bestselling author. I run my own company. I have no degree, and no special skills. There is nothing particularly amazing about me at all.

The only thing I seem to have done, the thing that really differentiates me, is that I say what I think. That happens to include swearing. A lot of it.

I am not deliberately provocative. I don’t do it for attention– it’s just kind of who I am. So much so that, even now, I am known online as "the guy that swears." It’s weird, because I don’t feel that’s what I’m "about," but it has stuck.

It’s how my internet radio show was noticed in 2004. I made friends who said it was some of the best podcasting they’d ever heard, which led to me being of the first professional podcasters in the world. It led me to run my own company. I was 25.

My point, and I do have one

Richard and I met recently because we have a lot in common. We’re both paleo, we’ve both done MovNat with Erwan le Corre, and we both work with Martin Berkhan. So we chatted. We had read each other’s blogs, and we got along.

Turns out we both swear a lot too. That’s what led to this post.

There are a lot of hypocrisies and double-standards in this world. All of us have known them and see them — in fact, we can make a game of naming some in the comments if you want, I’m game.

Swearing is one of them– but it’s actually indicative of more. It’s a marker for a two-faced society– puritanical yet obsessed with sex, or struggling to find authenticity yet content with superficiality and shopping.

These are actually normal human traits. We want one, we get it and find out it’s not great, so we seek out the other. Or, we use one method, it stops working, we use the opposite method. Like carb cycling, maybe, or cross-training, I dunno.

So here’s the thing. I know a lot of people won’t tweet out this blog post. I know they won’t post it on Facebook. It’s polarizing. That’s the point. But those that refuse to share it are more than compensated for by the rest of the population, those who are not scared by a word children learn when they are five and many have actually seen on the internet by twice that age.

This is also, by the way, letting the most backwards part of our population control us through their collective delusion. Did you know this? We are ok with eating paleo, which basically means that we support evolution as a "theory," yet we bow to the people who protest Marilyn Manson concerts. Why?

Some posts have often been tweeted out with the message "Sorry about the cussing but this needs to be heard" by these people. As if the anyone actually cares– as if swearing will prevent them from clicking through, or the sender’s reputation will be tainted by sending out a link. Ridiculous.

Here, I’ll prove it. Tweet this out, feel free to @#$% out the cuss words if you’re that kind of person, and see how often it’s clicked on. If you leave the swearing in, you’ll see what I mean. It’s horrible.

How this world actually works

Here’s the Superbowl "slow motion" playback of how it happens. People see the words "fucking awesome." They go, "wow, what is that?" And then they click. This leads to almost 2000 Facebook likes, a hundred comments, and 700+ tweets being sent out within one week. With no difference in content.

If you think swearing is offensive, you should try writing for an audience in a "normal" way, then watching traffic skyrocket when you swear, despite the posts not being as good.

Watching your well thought-out content vanish in the tides of the internet is what’s actually offensive. Seeing what people click on is offensive, like watching Fergie try to look cool next to Slash, a fucking rock god. Jesus.

Anyway, here’s the thing. It’s not even about swearing. It’s about a strong editorial voice (a strong differentiator) and great content. The cussing is just window dressing.

It’s a cheap trick… except not really. Because it shows people you’re serious, and that you mean what you say. It tells people that this isn’t just another thing for them to read. It polarizes people, which means they’re likely to either love or hate what you write– rather than remain indifferent, which is death.

In a world where people sit on the fence so often it’s almost a profession, saying "I don’t give a fuck" does amazing things. It wins converts. Passion wins zealots.

In the past, I’ve written posts about how to differentiate yourself. It’s a big part of the book we published last year, too. You can use any method you want, but the larger point, the most important one is larger than blogs. It’s about life.

You must do what others will not. You must do things differently than what is in fashion. Not just to get noticed, but to find truth, to make a company profitable. You must search in places where others have not.

This seems evident, but it isn’t. We are emotional. We follow crowds. We convince ourselves despite little evidence.

Half of the readers here, you can tell me which group you’re in, believe in the paleo diet without having done the reading or seen the science. Why? Because humans need to simplify in order to make decisions. It seems convincing, so we’re convinced. This is the same reason people believe Bill O’Reilly, even though he doesn’t think Mars has any moons.

But it’s also replacing one god over another. Oh I see, so Zeus doesn’t make the lightning, Yahweh does. I get it.

Going along with other people leads to the same result they have. Most results are mediocre. Ask yourself what you want.

Is it hard decisions, lots of research and uncertainty, moments of doubt to help you go against the grain? Or is it easy decisions that others have made for you– some will be right, some will be wrong — leading to wherever they, not you, decide?

I have been producing content online now for seven years. I swore at first. Then, later, I fought it. The protesters got to me. I retreated. No more.

Maybe you are having a similar struggle. Who do I want to be, how do I want to write? What is important to me? Will I be judged or accepted? Etc.

Sorry for the long rant. Here is the lesson.

All these things are essential and good.

Alright, since this fucking guest post has the word "fuck" in it, certainly don’t Tweet it out and don’t share it on Facebook using the buttons provided at top; and if you are actually foolish enough to do so against my strong admonishment, at least have the decency to apologize in advance for the foul language.

And if you’re a fan of Julien Smith as am I, you can find out how to follow him on Twitter or subscribe to his blog or email feed over at his blog.

Thank you Julien for a thought provoking, polarizing, call to action post. Who do you want to be, folks? As for me, I shall choose to be myself.