How the Paleo Diet Works

OK, well, one way it works

(Animals were harmed in the making of this picture) 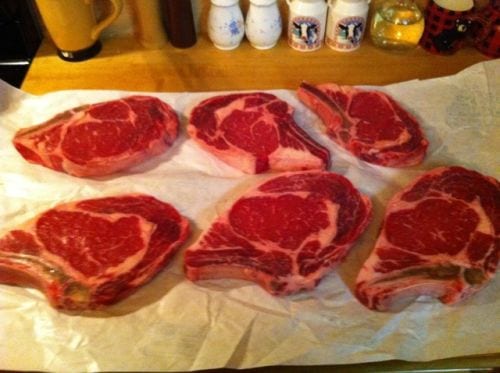 But just how big are they? Really big 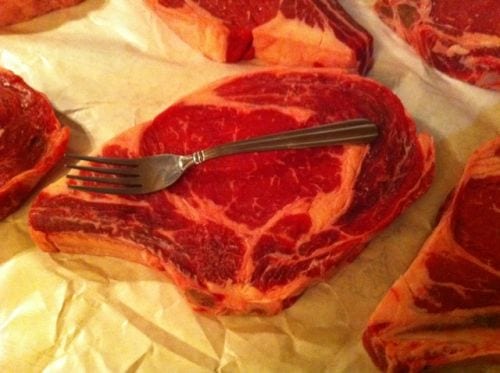 Here’s a one minute video showing a glimpse of my process, what else is on the menu, and the mountain setting

Here’s how it tuned out, without the 3-green salad pictured 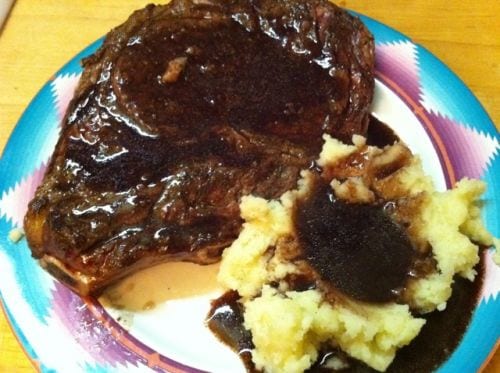 Shameful to admit, but I did not finish either the steak or the taters. …But I’ll get to the rest of the steak later.

In other news, the above or something like it would not have produced this result:

A 12-YEAR-OLD girl in Scotland brought up by her parents on a strict vegan diet has been admitted to hospital with a degenerative bone condition said to have left her with the spine of an 80-year-old woman.

I love it when sometimes in comments I’ll post a link to Vegan Baby Deaths and I get someone replying in dropped context that, "omnivore babies die too." Yes, they do, but not from a diet based in ideology as opposed to human animal needs.

Show me a news story where a child’s death was attributed to too much meat, veggies, eggs & dairy.