Mel, a PhD Biologist, emails in from her med school research lab at a major university.

I know you are a busy guy, so I will keep this e-mail to the point and try not to waste your time. I am another reader of your blog that appreciates your unorthodox approach to sharing insight about the paleo lifestyle. About six months ago I was first introduced to the low carb/paleo movement while reading Amy Alkon’s blog. For most of my life I was never overweight, although I always had to closely watch how much I ate. However, after turning thirty and going through two pregnancies (I have a 9 month old and a 4 year old) I was seriously overweight and struggling with losing the excess pounds. It was getting to a point that I thought I might just be fat for the rest of my life — very depressing. However after reading Amy’s posts on how eating meat and fat can actually help you lose weight, I immersed myself in the work of Gary Taubes

. In addition, I started doing my own literature searches about the effects of modern diet on metabolism. Much to my surprise (since this is not my field of research) these studies were more scientifically sound and made much more rational sense than any of the nutritional studies that we are normally told about through the media.

After this research, it was not a hard decision to cut out all sugar, grains, and processed food from my diet. The results were spectacular. In a period of a little over six months, with very little effort (for example, I never went to the gym during this time — just hiked and played around with my kids), I was able to lose roughly 70 pounds and am now actually the weight that I was when playing competitive volleyball in college 15 years ago. Of course, this was all without ever going hungry and being able to eat delicious meals filled with lots of meat and buttered vegetables. In addition, this lifestyle is a great example for my kids since we all eat the same meals (versus mom eating a Lean Cuisine) and I now take them for a hike or we go to the park instead of me going to the gym to work out on the elliptical machine for hours at a time. I feel like I am setting them up to have a great relationship with food and their bodies for the rest of their lives.

During this time I also started reading many of the paleo blogs. Your blog is one of my favorites because my goal is not to live a "pure" paleo life full of "rules" that suck the fun out of everything. I was already fat for 4 years and that was enough of a downer. I enjoy your blog because it is a breath of fresh air and full of vitality. I don’t want to be part of a cult — I just want to be as healthy as I can possibly be and not be told that I should feel guilty because I sometimes eat (or feed my child) a potato! I get great ideas from your posts and enjoy your rants. You are not boring and you are not dogmatic. In my opinion, this is what makes your blog such a great read and source of information for people just starting to adopt this lifestyle.

I am sure that you get tons of people thanking you for your blog, but I also wanted to add my thanks. I realize you don’t get paid for doing this — so maybe knowing how much people appreciate your effort provides some reward. I have attached two pictures. The before picture is from June 2010 about a month after giving birth to my daughter. The second picture is from this morning. [emphasis added]

So you want to see the dramatic before & after transformation? 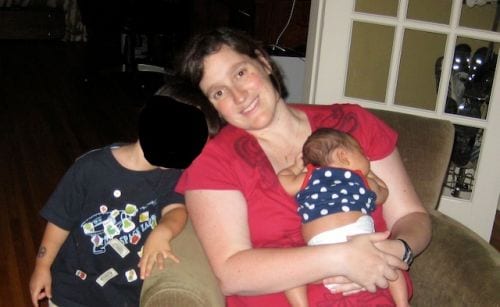 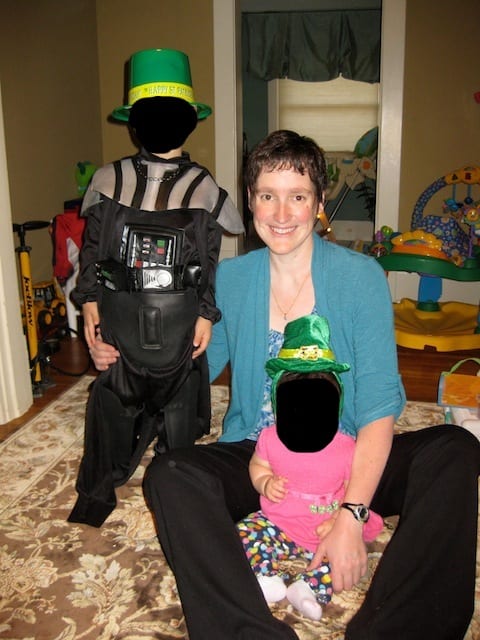 The After and Hotter Mel

Yea, wow, huh? And take a look at the dramatic face and neck transformation. 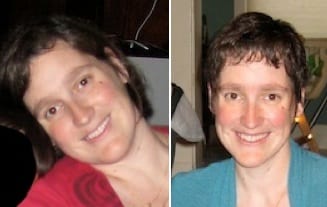 Well, what is there left to say? Isn’t it sad that so many — men and women included; the highly scientifically educated included; 20 and 30-somethings included — seem to feel as though they are, as Mel puts it: "…getting to a point that I thought I might just be fat for the rest of my life — very depressing."

So sad and depressing. Yet still, every single day in this country and around the world, these same people are perpetually subjected the same conventional "wisdom" and advice from the likes of Oprah, Dr. Oz, the medical and drug company establishment, the government-institution establishment, the industrial-agriculture food establishment, the talking heads in the media establishment, and the list goes on and on. What kind of advice? Advice that, even in their 20s and 30s, now keeps them fat, sexually less attractive or wholly unattractive, depressed and…drum roll…DEPENDENT FOR LIFE!

And isn’t that what it’s really all about, at the end of the day? They don’t want you using your own mind. They want nothing to do with your reasonable and rational self-experimentation on your own body. No; what they want is for you to recognize their "superior" intelligence and privileged access to information only they know how to properly interpret. They want you to need them — to always look to them for your answers. They want you to be skeptical — but only towards information that contradicts their diktats, and more importantly: all conflicts are to be resolved under their exclusive authority.

They want to be the authority, the last and final word, always and forever — and they aren’t going to give that up without a fight.

Well, they’ve got themselves a fight.

Are you tired of seeing the lives of younger and younger people being wrecked by unnecessary obesity and depression at what ought to be the time of their lives? Then stand up and shout that you’re mad as hell, and you’re not gonna take it anymore. You can start by Tweeting this post to your followers and sharing it with your Facebook friends using the helpful buttons up top.