Hank Garner, the man behind My Low Carb Journey and its excellent podcast, is relatively new to the scene, but man is he ever making less and less of a splash in the low-carb and paleo communities. Sure, he has a great, entertaining and professional podcast where he interviews all the names you know, including yours truly, but I’m not sure that even at the pace he’s gaining in attention and popularity, it’s enough to offset having 100 less pounds at his disposal to "make an impact" and "push his weight around."

OK, enough of the silly metaphors. Let’s hear about Hanks journey which is only a remarkable six months in. But first, here’s where that journey began. 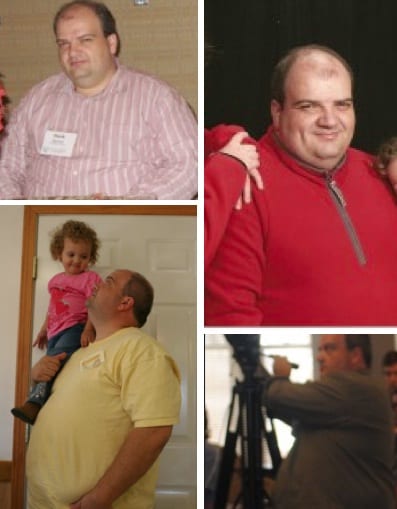 When I was a young man, I was in pretty good shape, but as life progressed on and the stress and routine of life set it, the weight just packed on. The next thing I knew, I was sitting on the couch at nearly 300 pounds. I had to make a change. I started doing research and through folks like jimmy moore realized that low carb was probably the best way for me to lose the weight. I dropped about 20 pounds, but didn’t really commit to it. I decided in October 2010 that I had to do this thing and get my life back. I weighed in officially at 276 pounds. I was on a mission.

To keep myself accountable I started a blog to "put myself out there". I started sharing my story and my struggles. I used to work in radio and I had the bright Idea that if I started a podcast I would get to talk to some of the best experts in fitness and nutrition. I got to meet and pick the brains of folks like jimmy moore, Ton Naughton, Gary Taubes, Richard Nikoley, Art Devany, Mark Sisson, Robb Wolf, Steve Cooksey and many others.

Along the way I discovered primal/paleo and was able to really dial in my diet and rid myself of the sugar addictions that were holding me back. I switched to eating real food and the weight seemed to be pouring off. I started exercising with a tractor tire, sledge hammer, kettle bell and running sprints. The weight kept pouring off.

April 15th was my 6 month anniversary of starting on this journey. I weighed in at 179 for a total weight loss in 6 months of 97 pounds. Since then I am down 100 pounds. If I can do this, anyone can!

When I started this I was so out of shape that I couldn’t play with my kids for very long, much less run. The more weight I lost, the better I felt. I wanted a challenge. I turn 40 this year and I wanted to prove that I had totally transformed my life. I found a half marathon in my state and signed up for it. I put my money where my mouth was so to speak and started training. The half marathon is in one week and I am ready. I have already hit my distance in training. As soon as the race is over I am going to concentrate on more primal movements and packing on some muscle to fill out the flab that is left over from losing so much weight so quickly.

Thank you, Richard for being a great source of information, inspiration and entertainment.

I call my category that highlights these stories "Real Results" for a reason. There’s so much BS out there — so obviously TV Guide and Parade Magazine ad scammy — and posts like this and so many others, here and at other great paleo, primal & low-carb sites, serve to show you the real thing and that makes it so easy to spot the counterfeit, the scam — particularly when you see what they’re peddling. You don’t fight by shutting them down, you fight by showing them how it’s really done. 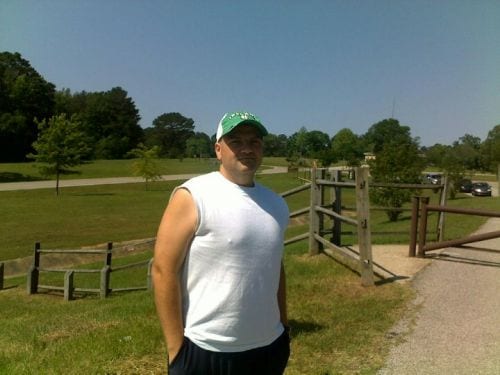 Congratulations to Hank: for getting his life back, for his family getting him back, and for his willingness to put himself out there as an inspiration and source of real information to others.