I’ve had in mind to do this post since a while ago, perhaps a year or two back, when I was sitting on the front deck of our mountain "cabin," in the summer, sipping a scotch, looking out and observing, verbally, to Beatrice, in a kind of a Duh-uh tone: "that’s the coolest thing I own." Of course, she’ll retort with "…that WE own." Details, details.

It’s a very large & mature cedar tree, in excess of 150 years old, according to an arborist who was in the neighborhood. Here’s the pics, hot off the iPhone. 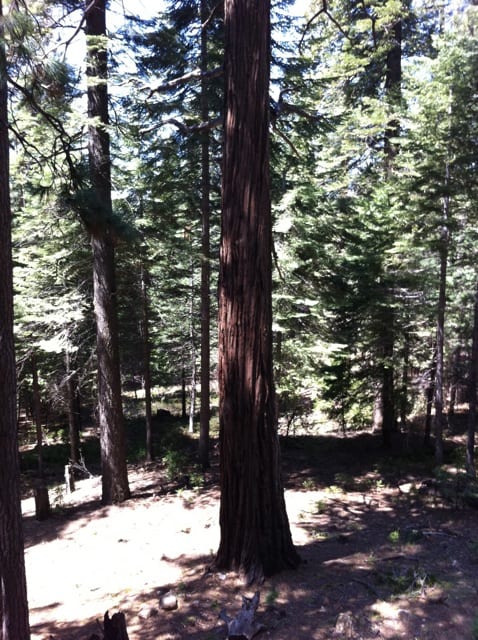 View from the Porch

Well that’s just probably a third of it. I’ll call it half and here’s the other, same perspective. 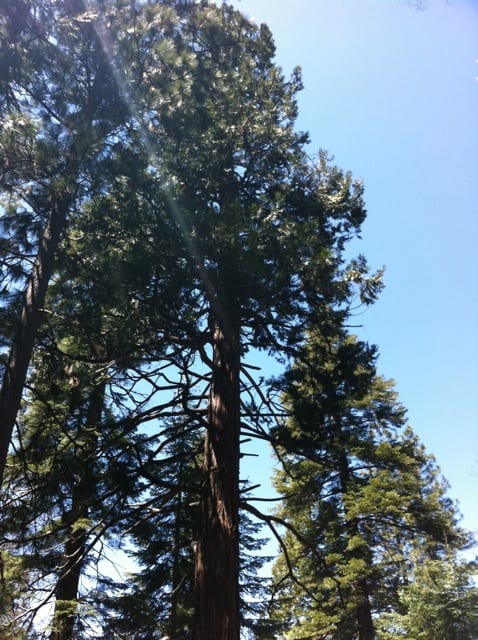 The Other Half from the Porch

But looking at those images myself, there’s no real justice because it doest really look quite as big and majestic as it really is. So here. 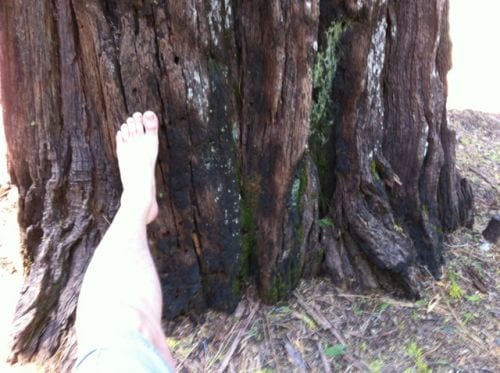 The base circumfrance measures 29 feet. And as you can see, there are burn marks, many more on the south, downhill side which would make sense. This thing was at a time big enough to survive fires that came up the hill and raged through to consume the underbrush that accumulates (and that we clean out, once per year), quickly, leaving the fittest to survive Darwin-style, and grow even stronger.

Here’s a shot from right at the base. 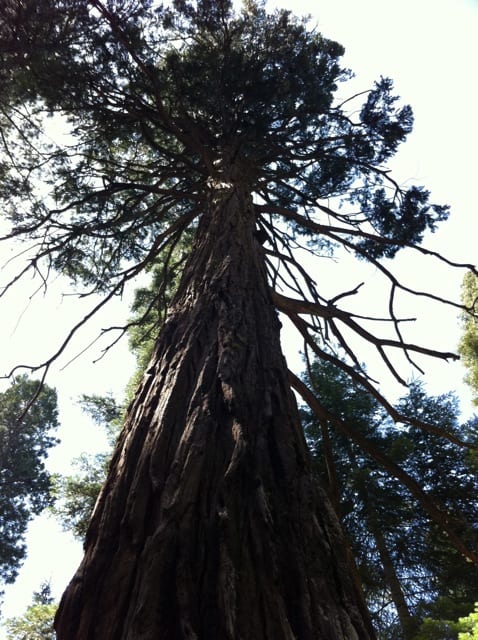 So what’s the coolest thing you OWN? I emphasize, "own," of course, because it’s such a lost concept. If you want to test that, try not paying your "property taxes" (that’s euphemism for rent). It’s primarily a neolithic concept I suppose, but nowadays, we like our Hot Pockets, Pop Tarts, Krispy Kreme, Cable and all the other stuff — good and bad — far more than we do the very concept at the root of it all.

And for anyone who wishes to assert the "our" in front of a thing such as sits in the front of MY yard, just go get your own. Thanks.